Welcome to March, Canucks fans – or perhaps it would be more fitting to call it the Gauntlet.

To start with, this month’s schedule packs 16 games into 31 nights.

It doesn’t sound promising, but hey, Vancouver just got through a hellish February with an 8-6 record, despite filling an entire wing at the hospital with injured players.

Funny, when Hank said he was excited for the dogfight that is the Pacific Division in January, I thought he was nuts.

Guess Hank winning the Hart and Art Ross trophies takes being one of the most competitive players in the NHL.

Here’s Dave Lee-son’s March wallpaper, featuring the man of the hour – Eddie Lack. Lack’s play in March will pretty much decide if the Canucks make the playoffs or not. Yeah, he’s kind of a big deal.

So big, he’ll be on your desktop all month long. 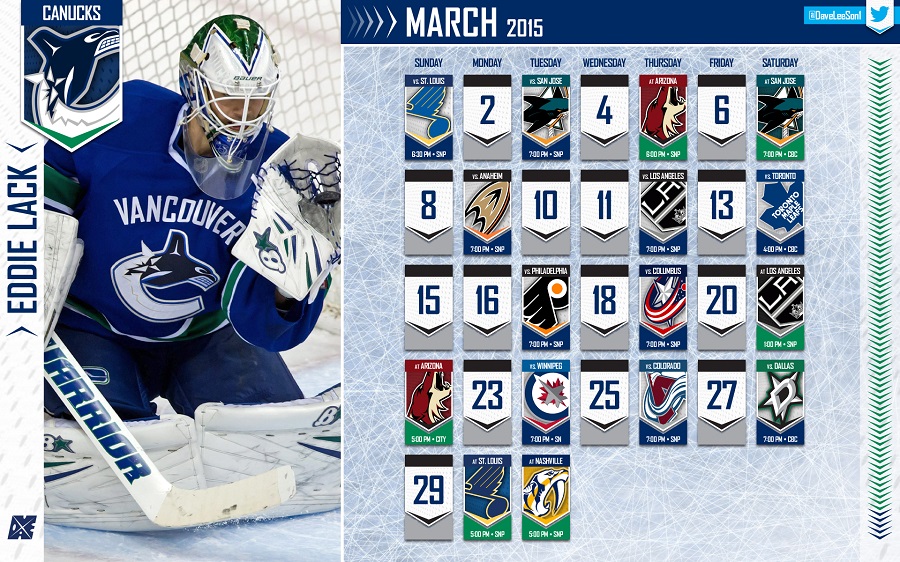