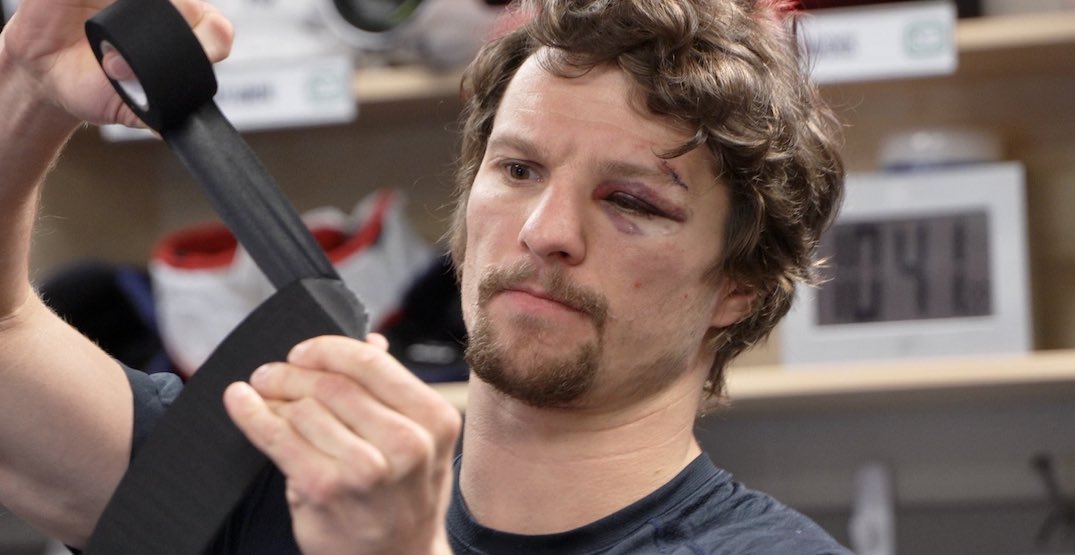 One of his eyes appears to be nearly shut, but it looks like Antoine Roussel will play for the Vancouver Canucks today, in Game 3 of their series against the Minnesota Wild.

There was all sorts of drama during warmup, as Travis Green dressed extra skaters — possibly as insurance in case of a last-minute decision based on injury.

According to The Athletic’s Thomas Drance, who is at the game in Edmonton, here’s how the Canucks looked in line rushes, which is usually a pretty good indicator of how the lines will look in the game:

Roussel, who took a puck to the head last game, is set to skate on a line with Brandon Sutter and Jake Virtanen. Zack MacEwen will draw in for Micheal Ferland, who has left the team following an injury in Game 2.

Adam Gaudette and Olli Juolevi both suited up for warmup according to multiple reports, but it looks like neither will play. We won’t know for sure until game time though.

Here’s how the Wild are lining up:

Jacob Markstrom and Alex Stalock will be the starting goalies once again.

The game starts early today, at 11:30 am PT and can be seen on Sportsnet.