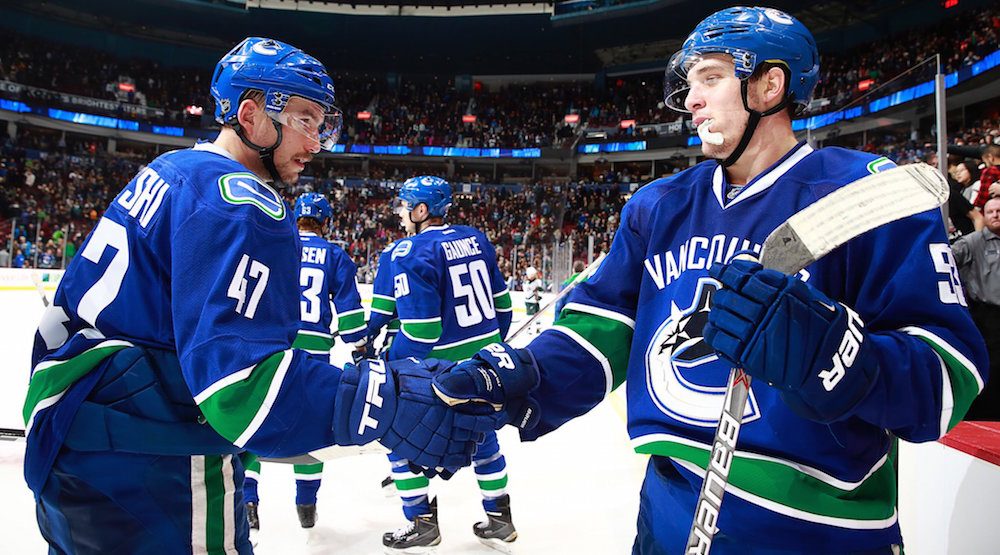 The NHL has sent out a media advisory for a “special announcement” taking place at LeSports Center in Beijing, China next week.

The announcement, which will include NHL commissioner Gary Bettman, is expected to confirm rumours that the Vancouver Canucks and Los Angeles Kings will be playing exhibition games in China prior to next season.

The media release did not mention the Canucks or Kings specifically, but the LA Kings PR Twitter account sure did.

Media availability will take place on Thursday morning in Beijing (7:30 pm PT on Wednesday in Vancouver), where we should find out more precise details of the game(s).

ESPN’s Scott Burnside has reported that it’s expected both teams will play two games against each other, one in Beijing, and the other in Shanghai.

This won’t be the first time the Canucks have gone to Asia. Vancouver played two regular season games against the Anaheim Ducks in Tokyo at the start of the 1997-98 season. The Canucks have also held summer hockey camps in China in recent years.