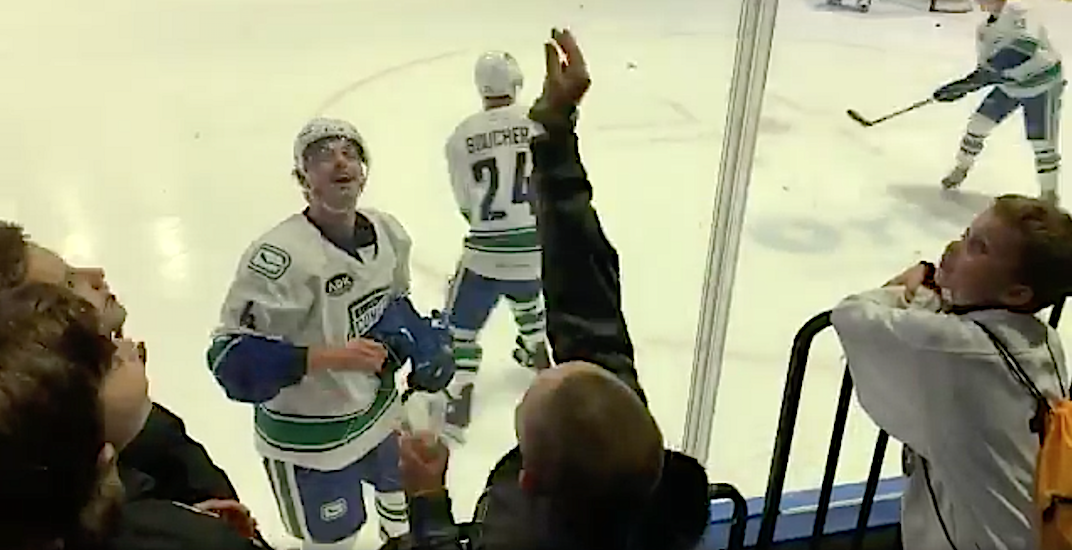 Josh Teves is a smart guy.

The Princeton grad, who joined the Vancouver Canucks organization as an unsigned college free agent in March, proved it on Wednesday.

The 24-year-old defenceman offered a puck to a young fan in the front row before a Utica Comets home game, but it came with a catch.

He had a trick for the treat.

Communicating with the youngster by miming through the glass, Teves asked for one piece of the youngster’s Halloween candy in exchange for a puck.

They had a deal.

The kid tossed a Swedish Fish candy to the Comets defenceman, who flipped him back a puck. Teves then fist-bumped the youngster through the glass before eating the candy and continuing with warmup.

.@Josh_Teves4 went to @Princeton so he knows a good deal when he sees one. One puck for one @SwedishFish pic.twitter.com/uAGUA5QtdP

Teves took to Twitter to comment on the video, saying: “No brainer of a trade. Thanks for the treat buddy.”

As good as the Canucks have been in October, their farm team has been even better. Utica is the only perfect team left in the AHL, winning all eight of their games so far with a +25 goal differential.