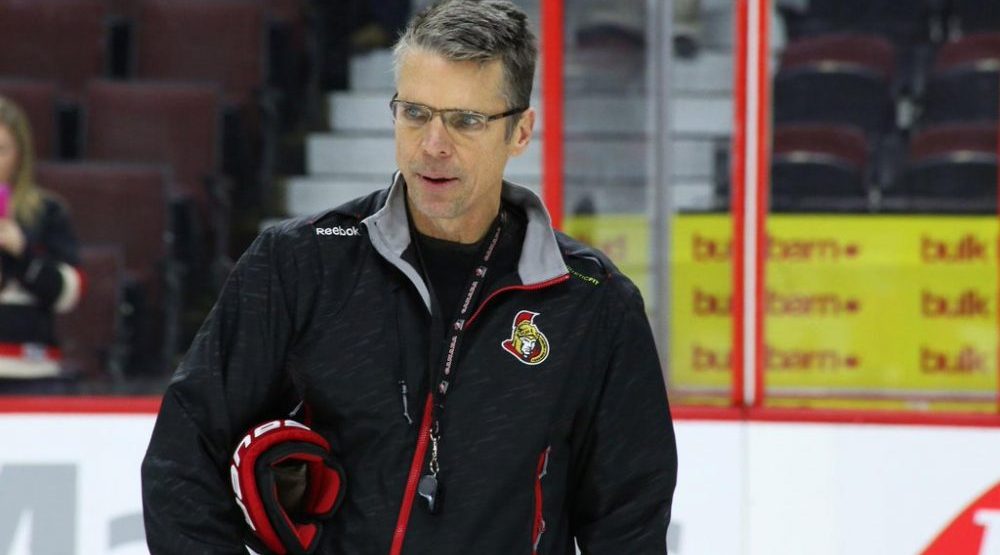 The Vancouver Canucks have interviewed Dave Cameron and Keith Acton for their assistant coach position, according to a report from TSN 1040’s Matt Sekeres.

The Canucks have been looking for a new coach to add to Willie Desjardins’ staff ever since Glen Gulutzan left for the top job in Calgary.

Cameron was a head coach for the last season and a half in Ottawa. Cameron came in as a saviour of sorts as a midseason replacement in 2014-15, leading the Sens to a 32-15-8 record down the stretch, good enough to qualify for a playoff spot. Last season was a different story, as the Sens went 38-35-9 and missed the playoffs. It cost Cameron his job, and it looks like he’ll have to work his way back up again before he gets his next shot at a head coaching position.

Cameron has familiarity with Willie Desjardins, as he assisted the moustached man with Team Canada at the 2010 World Junior Championships.

After playing over a thousand games in the NHL as a player, Keith Acton has been an NHL assistant coach for 18 seasons. If you want a seasoned assistant, he’s as seasoned as they come.

Acton was most recently an assistant with the Edmonton Oilers in 2014-15, but has also worked behind the bench for the Flyers, Rangers, Maple Leafs, and Blue Jackets.

We should note that both Cameron and Acton were forwards during their playing careers, which should fit in nicely with Desjardins’ top assistant, former defenceman Doug Lidster.

Travis Green, who was interviewed for head coaching positions this offseason, will continue to lead the Utica Comets in the AHL. Expect him to take over as head coach of the Canucks whenever Desjardins moves on, provided someone else doesn’t snap him up first.