It’s been a sad couple days for Canucks and hockey fans as news of the death of Pat Quinn, former president, GM, coach and player, shook the community.

The Vancouver Canucks have announced they will celebrate the life and legacy of Pat Quinn before tonight’s game against the New Jersey Devils with a video tribute (watch it here) and a moment of silence before the anthems. Fans attending the game are encouraged to be in their seats by 6:55 p.m.

Ideas were spreading on Monday as fans were thinking of ways the club could honour Quinn visibly on their jerseys. When former franchise owner Frank Griffiths died in 1994, the team wore a “2Pts FG” patch on their jerseys for the remainder of the season and through to the Stanley Cup Finals, which stood for “2 points for Frank Griffiths.” The club has announced that the team will wear a “PQ” decal on their helmets for the remainder of the season to honour Pat Quinn’s legacy. 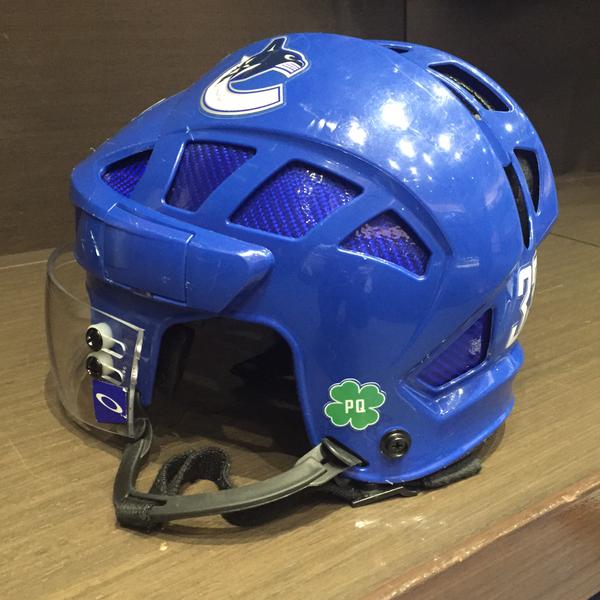 A Forever a Canuck display at Section 121 at Rogers Arena will be fully dedicated to Pat Quinn where fans will be able to view images, videos and other memories of Quinn’s time with the Canucks. The club has also setup a special page on their site where fans can share their memories and stories – www.canucks.com/patquinn.

The club plans to celebrate Pat Quinn’s life at a larger ceremony later this season. Details will be announced at a later date.