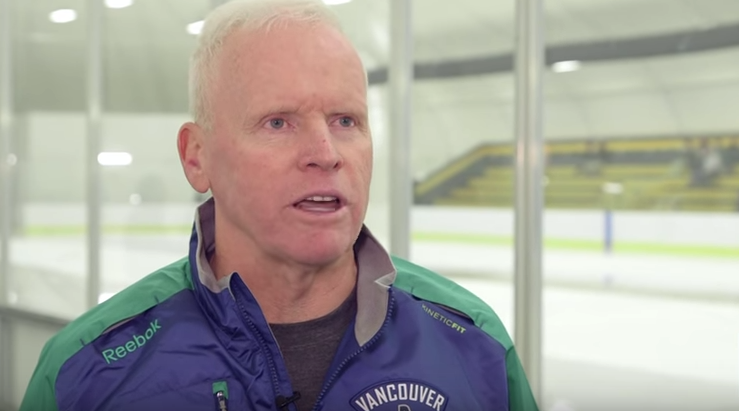 The Vancouver Canucks have a new assistant coach, and he’s not short on experience. Doug Jarvis, who has a whopping 24 years of NHL assistant coaching experience, has been hired by the Canucks, it was announced on Monday.

“Doug Jarvis is an accomplished coach with multiple Stanley Cup championships and NHL Finals experience,” said GM Jim Benning in a press release. “He has a teaching mentality and draws from his knowledge as a former player and coach spanning almost 40 years. We are very pleased to have Doug and his family join our team.”

Jarvis comes to the Canucks from the Boston Bruins, where he spent six seasons alongside Claude Julien. He also worked with current Canucks Benning in Boston, coached Lidster as a player in Dallas, so the Canucks know what they’re getting.

“He’s got a great track record, he’s proved that over and over, we’re lucky to get a guy with that kind of experience,” said Desjardins.

Jarvis has won two Stanley Cups as an assistant coach in his career, with Dallas in 1999 and with Boston in 2011.

As a player, Jarvis learned from the best, playing for Scotty Bowman with the Montreal Canadiens and winning four Stanley Cups. He was a defensive centre, winning the Selke Trophy in 1984.

Jarvis is most famous for holding the NHL’s ironman record, with a remarkable 964 consecutive games played. He never missed a game in 12+ seasons. In fact, when he was traded in 1985, he actually appeared in 82 games at a time when each team only played 80 games per season.

But let’s talk about Jarvis the coach.

The Bruins chose to not bring back Jarvis and fellow assistant Doug Houda in May, electing to change the assistants instead of head coach Claude Julien.

In Boston, Jarvis worked a lot with their centres and their penalty killing units. If he keeps the same role with the Canucks, he’ll be working a lot with Bo Horvat. Hopefully for Horvat, some of that Selke Trophy magic will rub off on him.

“He’s a systems guy, he’s a guy that’s a good teacher with young players, so when we were looking for an assistant coach we felt like he checked all the boxes,” Benning said.

Boston’s penalty kill has been generally good over Jarvis’ tenure. They finished 16th in 2010-11, and were in the top half of the league every other season, ranking as high as 4th in 2012-13.

Prior to joining the Bruins, he was in charge of a very successful man-advantage in Montreal. The Canadiens’ power play during Jarvis’ five years with the Habs had the following ranking: 5, 1, 1, 4, 2. Not bad.

Jarvis was non-committal when asked about his new role on TSN 1040 on Monday, saying only that he’ll be working with the forwards and stating that “other things will be formalized from there”. For now we’ll assume Jarvis takes over Glen Gulutzan’s responsibilities, although with his experience, he can slide into just about any role.