Canucks GM Jim Benning pulled off a significant trade today, sending Nick Bonino, Adam Clendening and a 2nd round draft pick to the Pittsburgh Penguins in exchange for Brandon Sutter and a 3rd rounder.

There are a number of important factors in this trade, so let’s dive into it.

Sutter can defend, but can he score?

Rutherford on Sutter: "Believe it or not, he's one of my favorite guys and I've traded him twice."

Sutter makes Vancouver a harder team to play against and will be a valuable member of their penalty killing unit. Furthermore, he fills a need, giving the team a right-shot centre to take faceoffs. The Canucks suffered mightily in the faceoff circle last season, ranking 29th in faceoffs, in large part because they had too many left-shot centres taking draws on the right side.

Sutter should improve the Canucks on the defensive side of the puck, but producing offence is the big question mark with him. His best offensive season came early in his career, as a 20-year-old, with the Carolina Hurricanes. He scored 20 goals and 40 points that season, but has been a 30-point player ever since.

Despite being a year older than Sutter, Nick Bonino has only played two full NHL seasons, averaging 44 points. That’s better than what we’ve seen from Sutter, but only marginally.

Nick Bonino said the trade a shock. Saw Canucks pres. Trevor Linden's name on his caller ID today & thought it was a call to keep in touch.

Sutter was given more defensive responsibilities than Bonino, who was put in an offensive role. The question for Bonino is his play without the puck, which left a lot to be desired last season.

Is Bonino a legitimate second line centre, or is he simply an offensive-minded third liner? The answer will go a long way to determining the success of this deal.

This deal favours Pittsburgh with regards to the salary cap. Bonino has two years left on a deal that carries a $1.9 million cap hit, while Sutter is entering the final year of his deal that has a cap hit of $3.3 million.

The cap hits are close enough that I don’t think it should be too much of a concern for Vancouver, given they will not be in a position to win the Stanley Cup in the next two years. The big test is the contract extension that Benning appears close to signing with Sutter. The Canucks can ill-afford another albatross on their hands. Something in the $3.5-4 million range should be the maximum for Sutter at this point.

Clendening, who turns 23 in October, was acquired by the Canucks for 2014 5th round pick Gustav Forsling earlier this year. It looked like a stroke of genius, snatching a good offensive defenceman who was almost ready to make the next step to the NHL.

The Bonino/Sutter and picks part is fine.

It's the Clendening part that has this guy confused; just wanted to see him play.

Clendening is ready to play in the NHL, but as with most prospects, we don’t know the level of success he will have. Is he the next Christian Ehrhoff or the next Kevin Connauton? I believe he has a lot of potential and will quarterback a team’s power play one day.

Losing Clendening is a big gamble for a team like the Canucks that lacks prospects on their blue line.

It’s important to note that none of the draft picks being swapped in this deal were originally owned by Vancouver and Pittsburgh. Well, sort of.

For all the praise about Benning being a great scout, he sure throws around draft picks like its cash in a Vegas Casino.

The Pens are receiving Anaheim’s 2nd rounder, previously acquired by Vancouver in the Kevin Bieksa trade. The 3rd round selection will be Vancouver’s pick traded to the Islanders last year for Andrey Pedan (the pick went from VAN to NYI to BUF to PIT), or the Islanders’ pick, whichever one is better.

Not complicated at all.

What about the kids? 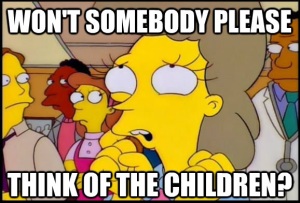 Bonino’s departure should open up more offensive opportunities for Bo Horvat. Clendening’s departure means that the club has one open spot on their opening night roster, which could be filled by Jake Virtanen, Brendan Gaunce or Alex Grenier.

The Canucks are getting the best player in this deal, but they’re paying too steep a price. The combination of getting a lower pick in the draft, Clendening’s potential and the fact that Bonino is a serviceable player is too much for my liking.

Pitts won the trade on paper but people need to stop saying Bonino is better than Sutter. He's not.

With regards to the Sutter-Bonino comparison, Sutter should make the Canucks a more difficult team to play against and if he can put up 40 points, he will make them a better team too.

The Canucks are putting a lot of faith in Brandon Sutter and it will be up to him to make management look good.