It has been over a week since Trevor Linden took over as the Canucks president of hockey operations and his first job is likely his most important job: find a general manager.

The rumour mill has been fairly quiet on this, with Boston assistant general manager Jim Benning really the only name being thrown around frequently.

Trevor Linden has zero experience in management, so presumably he will want to hire someone with experience, either as a general manager or assistant general manager in the NHL. I think that rules out some high profile candidates with no NHL front office experience like Markus Naslund, Wayne Gretzky or Ray Ferraro.

Hiring an assistant GM from a successful organization is a common move for teams looking for a new GM. Great general managers don’t tend to become available all that often, so most teams are faced with hiring a retread or looking for an up-and-coming executive.

Lets start with an in-house option. Gilman was brought to Vancouver by Mike Gillis to be the team’s assistant general manager in 2008. Prior to that, he was in the Phoenix Coyotes front office for 13 years, including some time spent as an assistant general manager there as well. We know that he is greatly responsible many of the contracts signed during the Mike Gillis era, as well as being the team’s ‘capologist’. What we don’t know is how much blame he should share with some of the team’s questionable decisions in recent years.

Still, Gilman has been Mike Gillis’ right hand man during the most successful era in franchise history. The fact that he has experience beyond his time in Vancouver makes him a very strong candidate. 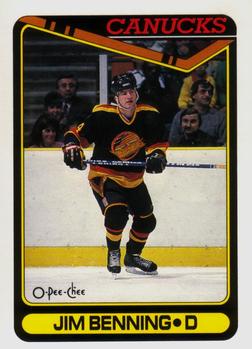 If Trevor Linden truly wants to follow the “Boston model”, then who better to do that than one of the architects of the Boston Bruins? Benning played for the Vancouver Canucks for four seasons (1986-90) and was a teammate of Linden’s for two seasons.

Benning was a scout for the Ducks (1993-94) and the Sabres (1994-98) before becoming the director of amateur scouting for the Sabres from 1998-2004. The Sabres enjoyed great success in the draft under Benning’s tenure, consistently drafting NHL players, despite having only one top 10 draft pick. Some of best draft picks under Jim Benning include Ryan Miller (5th round), Derek Roy (2nd round), Jason Pominville (2nd round), Dennis Wideman (8th round) and Thomas Vanek (1st round).

Benning became the assistant general manager of the Boston Bruins in 2006 and the Bruins have been one of the most well run franchises in the league ever since. 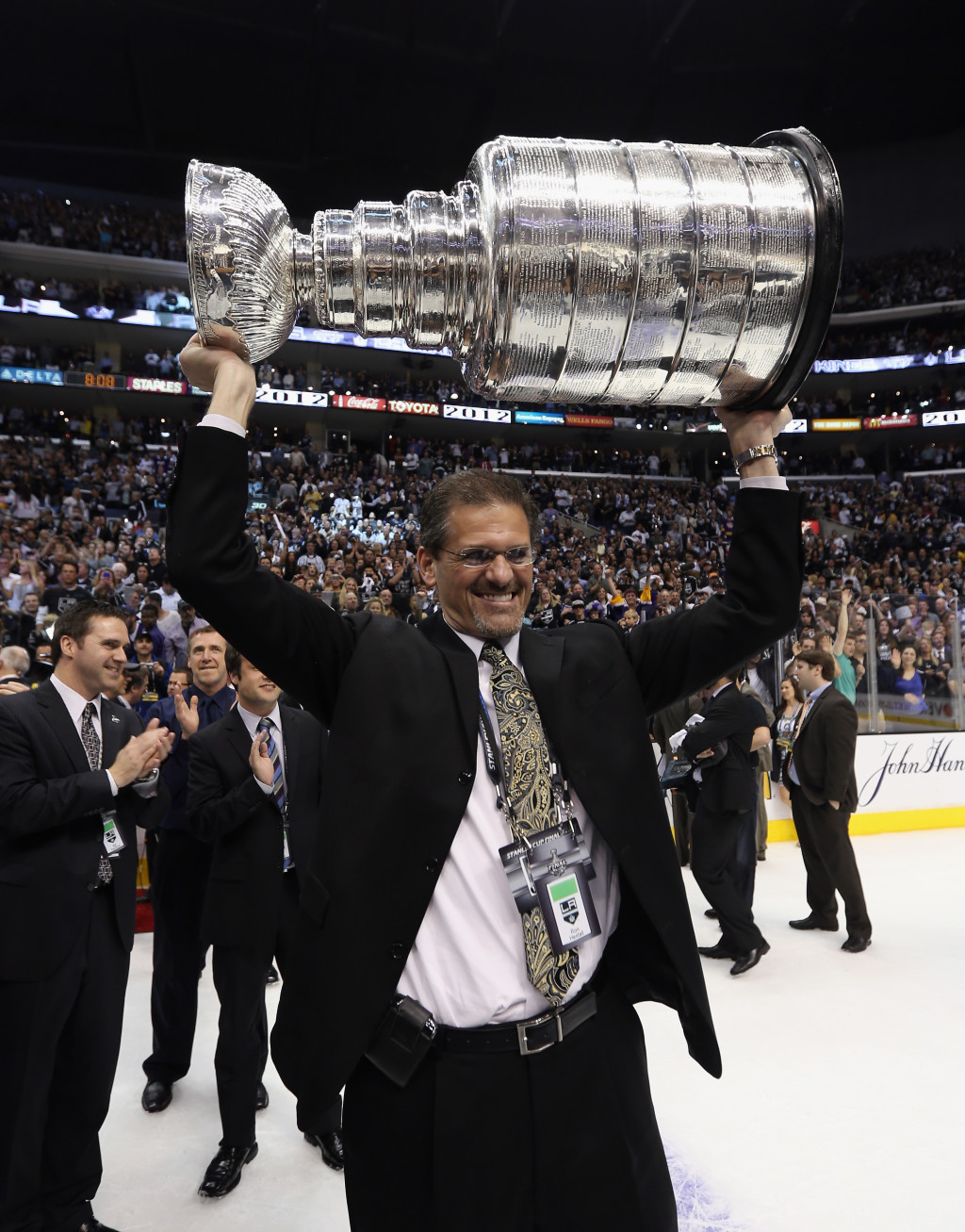 Most people remember Ron Hextall as the hot tempered goalie from the Philadelphia Flyers, but he has put together an impressive resume in management since retiring from the game in 1999. He became a scout for the Flyers after his playing career and was promoted to director of professional player personnel. He was the Kings’ assistant GM from 2006-2013, a time that included some shrewd trades, good drafts and a Stanley Cup.

There may be a problem with Hextall changing addresses, according to CBC’s Elliotte Friedman:

Hextall is currently the assistant GM for the Philadelphia Flyers and is probably being groomed for the GM job there one day, but he won’t want to wait forever. If Hextall is hired, you can bet that John Stevens (who was interviewed for the Canucks job last year) would be a likely coaching candidate given his time with Hextall in both LA and Phildelphia.

Jason Botterill has been the assistant GM of the Pittsburgh Penguins since 2009, but has been part of the Penguins front office since 2007. The Pens won the Stanley Cup in 2009, but I don’t think Botterill deserves too much credit for that given that he was in a support role for such a short period before the Cup. They have been very adept at finding good prospects in the draft since his arrival though and have been a team that isn’t afraid to pull the trigger on a big trade.

Botterill is still young (37), so he is more junior that most of the other candidates, but he certainly would have learned a few things by being in one of the most well run franchises in the NHL.

Whenever you hire someone with general manager experience, you are hiring someone with a imperfect resume. After all, assistants can lay claim to all of the successes and deny involvement to all of the failures of the regime. With that said, some retreads have had some success in the NHL recently, with Dean Lombardi and Doug Armstrong being some recent examples. 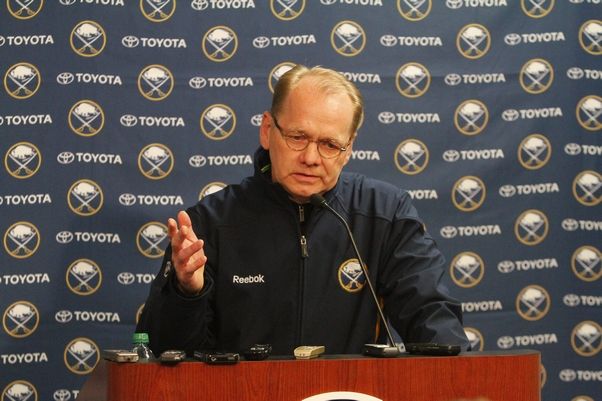 Regier served as GM of the Buffalo Sabres from 1997 to 2013. The Sabres were one of the best organizations in the NHL during that time at drafting NHL-caliber players and Regier should get a lot of credit for that.

While the Sabres didn’t win a Cup with Regier at the helm, they did go to the Stanley Cup Final in 1998 and reached the conference final in 2006 and 2007. They probably should have won the 2006 Stanley Cup, if not for injuries to four of their six best defencemen during the conference final against Carolina. The Sabres lost the series in 7 games and would have played Edmonton in the final.

Regier isn’t likely to inspire confidence in fans, but he may be the most qualified person for the job.

This name scares me. Feaster was the GM of the Lightning from 2002-2008 and won a Stanley Cup, although he did not acquire many key pieces for that team. If you think that Mike Gillis inherited the 2011 Canucks, that’s nothing compared to Feaster in 2004. He brought in Cory Stillman and Ruslan Fedotenko, but the main guys (Lecavalier, Richards, St Louis, Khabibulin, Boyle, Andreychuk) were all there before he became the team’s GM. The Lightning never drafted well under Feaster and they made a number of poor decisions after the 2004 championship.

Feaster’s second GM job was in Calgary, where he convinced himself that the Flames didn’t need a rebuild, when it was obvious to just about everyone else that they did. Instead, they wasted a three years and watched the value of Miikka Kiprusoff and Jarome Iginla plummet.

I consider Jay Feaster to be perhaps the worst GM in the NHL since Mike Milbury.

Scott Howson is the former general manager of the Columbus Blue Jackets (2007-2013). When Howson was let go, he was viewed as a failure by most people. Now that we have a bit of time to review his work, maybe he didn’t do such a bad job after all. The Jackets nearly made the playoffs last season and are a good young playoff team this year.

Howson acquired Sergei Bobrovsky and drafted Ryan Johansen. His signing of James Wisniewski looks pretty good today, while it looked like an over-payment at the time. Even the Rick Nash trade, which most viewed as a bad return, appears to have helped the team (notably Brandon Dubinsky and Artem Anisimov).

Howson might be worth a look and might be a better general manager if given a second chance.

So who else is out there? There are a lot of old names you haven’t heard from in a while like Pierre Gauthier, Mike O’Connell, Joe Nieuwendyk and Dave Taylor. Steve Tambellini has experience and knows Linden well from his years in the Canucks organization, but that name terrifies me about as much as Jay Feaster. Pat Quinn’s name has surfaced, but at age 71, it’s likely as an advisor and not the top job.

What Would Rob Do?

One of the main things that Trevor Linden should look for is a guy with experience, because he certainly doesn’t have any. I think Laurence Gilman is a terrific assistant GM and I would love to retain him in that role. I believe that someone from another organization is the way to go though. They need someone that knows what a great scouting department looks like and someone who has connections to good people to fill that department.

Jim Benning appears to check every box, although that will ensure we hear the term ‘Boston model’ from every wise guy around Vancouver unless they win a Stanley Cup.