As we inch closer to the beginning of the annual NHL free agent frenzy, the Vancouver Canucks must decide on which players to target and ultimately disappoint their fans with as unrealistic expectations are sure to follow.

With the recent buyout of the much-maligned winger/animal lover David Booth, there is another 4.25 million dollars in cap space on the table and a top-six position opened on the roster that needs to be addressed.

Judging by the lack of NHL ready prospects (no offence to Nicklas Jensen), it looks like general manager Jim Benning will need to dip his fingers into the free agent market to fill out his roster and hopefully create a competitive hockey team.

Unfortunately for Jimbo, Ryan Kesler’s trade request has put a major damper on the whole being competitive notion. Originally, it was believed that Benning wanted to keep Kesler and bring in some skilled wingers. However, that apparently wasn’t good enough for the ice-nudist and Kesler isn’t long for the west coast.

If the Canucks do want to stay competitive in the Western Conference,  they will need to pick up a scoring winger to help an offence that was just terrible to watch last season. Here are four realistic candidates (you’ll notice the list is a little thin) that the Canucks should look into pursuing: 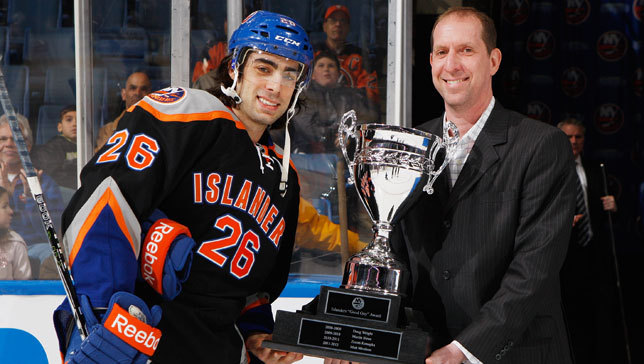 Once thought to be the guy that John Tavares carried around on his back, Matt Moulson proved that he could hold his own with less talented linemates.  On an embarrassing Buffalo Sabres team, Moulson managed 11 goals and 18 assists in 44 games. Nothing amazing by any means but keep in mind how awful Buffalo truly was this past season.

Moulson was shipped off to Minnesota at the trade deadline and helped the Wild secure the seventh playoff position in the West. Although the Wild did upset the Colorado Avalanche in the first round and took the Chicago Blackhawks to six games, Moulson was a huge disappointment in the playoffs, only collecting one goal and two assists in ten games.

Logic should dictate that Moulson’s free agent payday would suffer due to a very poor playoff performance. Unfortunately, that logic simply doesn’t apply when you are trying to outbid 15-20 other NHL teams.

Moulson is coming off of a three-year deal with an average cap hit of 3.13 million and while he won’t command the type of contract that Thomas Vanek might, I would still expect Moulson to sign for between 5 and 5.5 million on the open market. Term will be a very important factor in contract negotiations, but there is no doubt that Moulson could be an important addition for the Canucks to help with the offence while Vancouver’s top prospects develop. 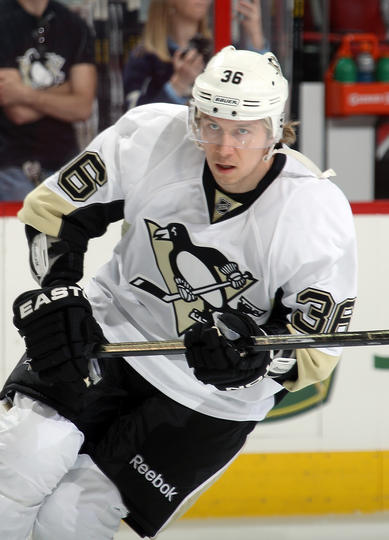 I’m going to come right out and say it. I want the Vancouver Canucks to sign Jussi Jokinen simply because I can’t sit through another 82 game schedule knowing they are going to get demolished every time there’s a shootout.

But seriously, Jokinen had a solid season for the Penguins after the Carolina Hurricanes essentially gave him away the year before. Playing primarily in the top six with Evgeni Malkin and James Neal (and the occasional shift with Sidney Crosby), Jokinen tallied 21 goals and 36 assists, which is good production for any second line winger. However, to keep things in perspective, remember that playing with Malkin and Neal is always going to get you a few points.

What Jokinen offers the Canucks, other than points and a few shootout wins, is some versatility and a cheaper option to help the second line. He probably won’t be scoring 57 points again, but Jokinen will cost much less than the sexier options like Vanek, Moulson, and Ryan Callahan. Although it’s possible a team will pay big time if they happen to miss out on a bigger fish, I would expect Jokinen to sign for around 4 million per season which wouldn’t be terrible value for a 31 year old with lots left in the tank. 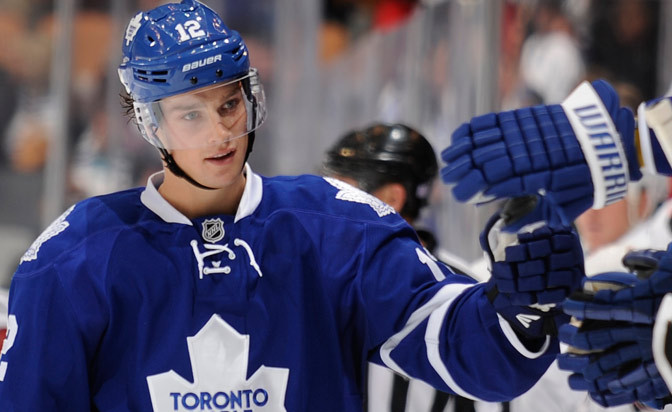 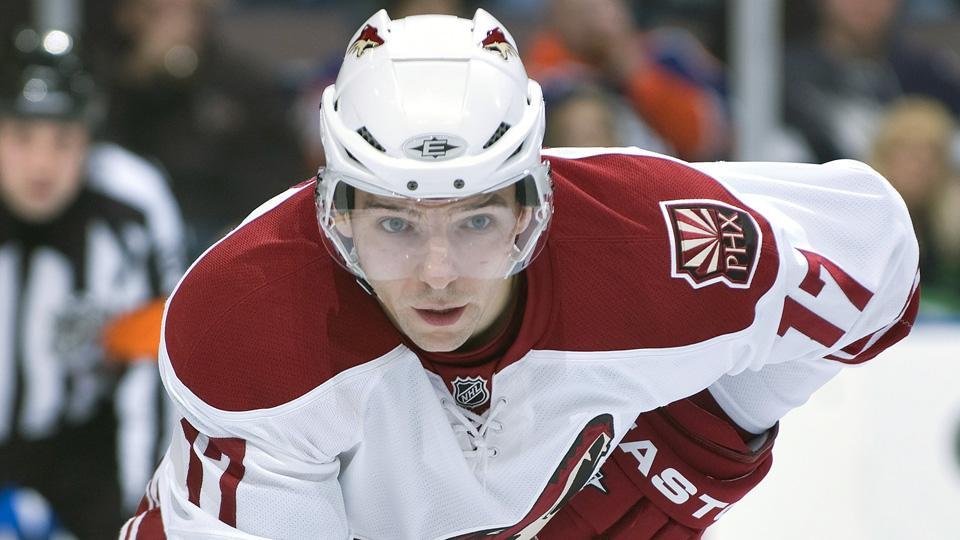 Another cost-effective option for the Canucks to pursue is Radim Vrbata.

Much like the flow of retired Canadians into Arizona, Vrbata has been remarkably consistent during his time in Phoenix, hovering around the 50 point per season mark and capping out at 62 points in 2011-2012. It’s helpful to remember that this was achieved under Head Coach Dave Tippett, who deploys one of the most boring and awful brands of hockey every created.

The Coyotes did try to extend Vrbata last season, but the negotiations didn’t go anywhere. To his credit, Vrbata summed up the situation in the most stereotypical hockey player way possible:

“It’s not always about the money,” Vrbata said. “You want to be paid fair, but sometimes it’s better to take less and be in a good situation.”

That’s probably a load of crap, especially considering Vrbata will most likely be signing his final long-term (ish) contract of his career. But like Jokinen, Vrbata is an excellent option to aid the Canucks in the scoring department.

Vrbata is coming off the same 3 year, 9 million dollar contract as Jussi Jokinen and will obviously be looking for a raise. Based on his consistent point totals, you can expect a team desperate for offence to offer around 4.5 million. That may be risky for a 33 year old who will be regressing throughout his next contract, but as long as the Canucks aren’t offering 5 or 6 years, it may be a risk worth taking. 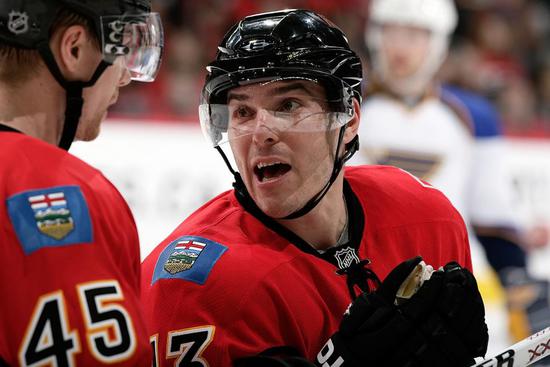 Although he would be the most expensive scoring option on this list, I think the Canucks should strongly consider Mike Cammalleri if he makes it to free agency on July 1st.

Cammalleri made $7 million ($6 million cap hit) last season playing for the Calgary Flames, but following three sub-par seasons, he will probably be looking at a slight pay-cut.

However, there’s one problem that will prevent Cammalleri from ever suiting up for the Vancouver Canucks: he’s 5’9”. Trevor Linden and Jim Benning have made it known that the Canucks need to acquire more size and grit in their lineup, which doesn’t exactly sound like a ringing endorsement for signing a pint-sized scorer like Cammalleri. But at least he can push a gigantic tire around an inner city basketball court!

Cammalleri is probably a long-shot at best to ever be a Canuck. It would, however, be nice to see his speed and scoring touch on a team that has been devoid of those traits the past few seasons.

If you noticed the omissions of Jarome Iginla and Thomas Vanek, it was for a couple of very specific reasons.

Jarome Iginla had a major rebound season playing for the Boston Bruins and it seems like he has found a fit after scoring 30 goals and adding 31 assists. The Bruins are reportedly doing their best to sign for the former Calgary Flame and if he wants a chance at the Stanley Cup, it’s best he stays in Boston.

Thomas Vanek is going to get paid. He is going to get paid hard. Arguably the most talented free agent in 2014, Vanek is coming off a season in which he played for three different teams (the Sabres, Islanders, and Canadiens) but still managed 68 points in 78 games. It’s thought that his destination will ultimately be the Minnesota Wild because he went to school there or something. But if not the Wild, then a team will gladly dish out the 7-8 million, multi-year contract even if they aren’t getting exactly what they pay for. Which is the whole point of free agency.

While the Canucks are certainly not going to find a cornerstone piece in this years free agent class, there are at least a few options that can help them in the short-term. Ultimately though, pursuing a scoring winger in free agency will probably lead to those unrealistic expectations that quickly turn into disappointment when the player fails to produce the way they did to earn their contract. Isn’t that a cheery thought as we head into July?