The Vancouver Canucks enter this offseason with a lot of cap space, which is good, because they’ve got a lot of holes to fill.

The Canucks need everything, save for goaltending and bottom-six centres, so GM Jim Benning might be inclined to want to throw money at someone, anyone, to the team back to respectability.

Given that the Canucks are rebuilding, they need to sign players with an eye on the future. Signing a player to help today, but weigh the team down in three year’s time is not the answer.

The Canucks should look to improve their team in the present, but not at the expense of their future. Short-term deals for aging veterans accomplishes that, as do mid-range deals for younger players.

If there’s a deal to be had, then make it. Otherwise, there’s no shame in waiting until next year for a better fit.

Vancouver’s biggest need is on defence, despite the fact that they have eight defencemen pencilled into their lineup already for next season. A lot can change from now until then, and I’d be willing to bet we see a return of ‘Trader Jim’ Benning this offseason.

The lifeblood of most teams is their defence. A good defence can improve every aspect of your team. Not only does a good defence corps make your goaltender look better, but if your d-men can move the puck effectively, it will help your forwards out too.

So if the Canucks want to get better, they need to improve their blue line.

The easy move to stabilize their defence would be to re-sign Dan Hamhuis, who has made no secret of the fact that he wants to stay in Vancouver. The feeling isn’t mutual, however, and two reporters from the Province have recently hinted that the Canucks may actually be more interested in Kris Russell, who won a WHL Championship with Medicine Hat when Willie Desjardins was his head coach.

That sent the hockey analytics community into a frenzy, as is customary when the name Kris Russell is brought up. Russell, who has been a minute-eating, point-producing, shot-blocking defenceman for the last three years, so it’s no surprise that the old guard might like him.

But when it comes to defencemen in particular, when the hockey analytics braintrust warns you, you’d be wise to listen.

Russell ranked sixth out of six regular defencemen on the Flames this year in even-strength Corsi-For percentage, meaning that the puck got directed at his net a lot more more than the opposition’s net when he was on the ice. The year prior? He was fifth. In 2013-14, he was fifth again, ranking below Flames teammate and Roxy enthusiast Shane O’Brien.

This should be alarming.

Given Dan Hamhuis’ age (he turns 34 in December), you can understand why the Canucks want to look elsewhere. At 29-years-old, Russell is younger, but likely to be overpaid.

So who else is out there, you ask? Here are three defencemen that have caught my eye. 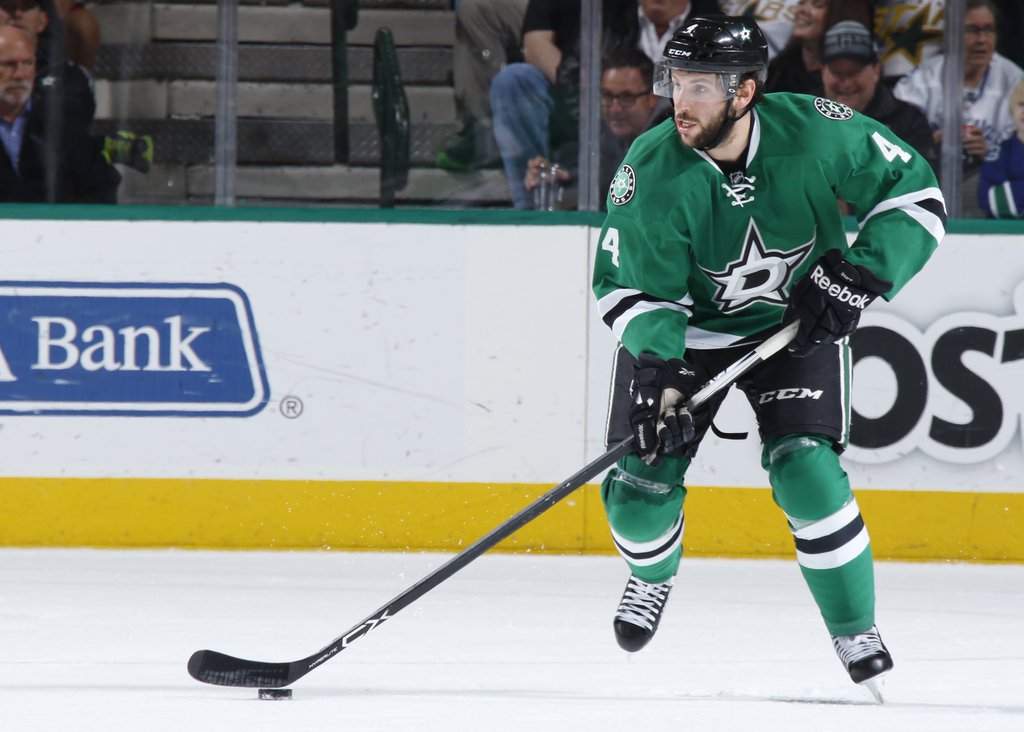 Jason Demers isn’t the best defenceman available, but he might just be the best fit for the Canucks.

Demers is an underrated puck-moving defenceman who can play in all situations. He was a top-four defenceman for the best team in the Western Conference this year, contributing on the power play and on the penalty kill. He can put up points, as he has done since his days in San Jose, and his 54.14% even-strength Corsi was the second best among Stars defencemen last season.

Demers’ age and handedness should put him at the top of the Canucks’ list. After Chris Tanev, the Canucks have only journeyman Alex Biega and the unproven Philip Larsen as right-shot defencemen. While Nikita Tryamkin can play the right side, it would be good for balance to add another righty to the fold. 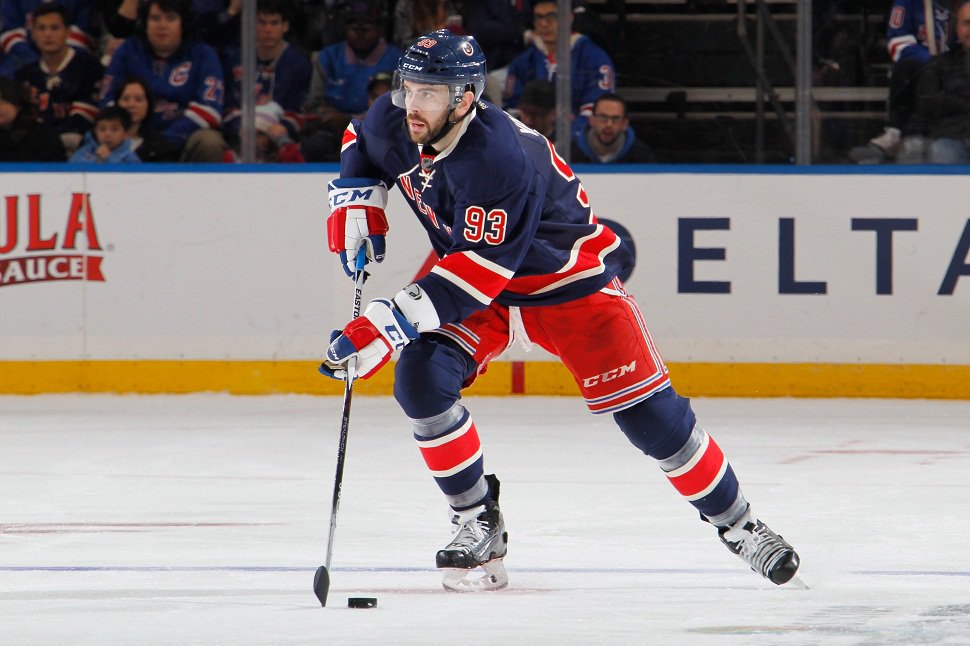 Keith Yandle is the most accomplished player on this list. He’s also likely to be the most expensive.

So that’s the bad news. If the Canucks want Yandle, they’ll have to open up their pocket books. But unless the money and term gets really silly, Yandle will be worth it.

Yandle would be the best power play quarterback the Canucks have had since… Ever? Maybe that says more about the Canucks than it does about Yandle, but still.

Yandle is as reliable as they come at producing points from the blue line. He does it every year. He would instantly become the team’s power play quarterback and would alleviate a lot of pressure that currently gets put on Alex Edler.

He also led all Rangers regulars on defence in even-strength Corsi, which speaks to his dependability in all areas of the ice.

The worry with Yandle is the money, but also the term, given that he’ll turn 30-years-old in September. 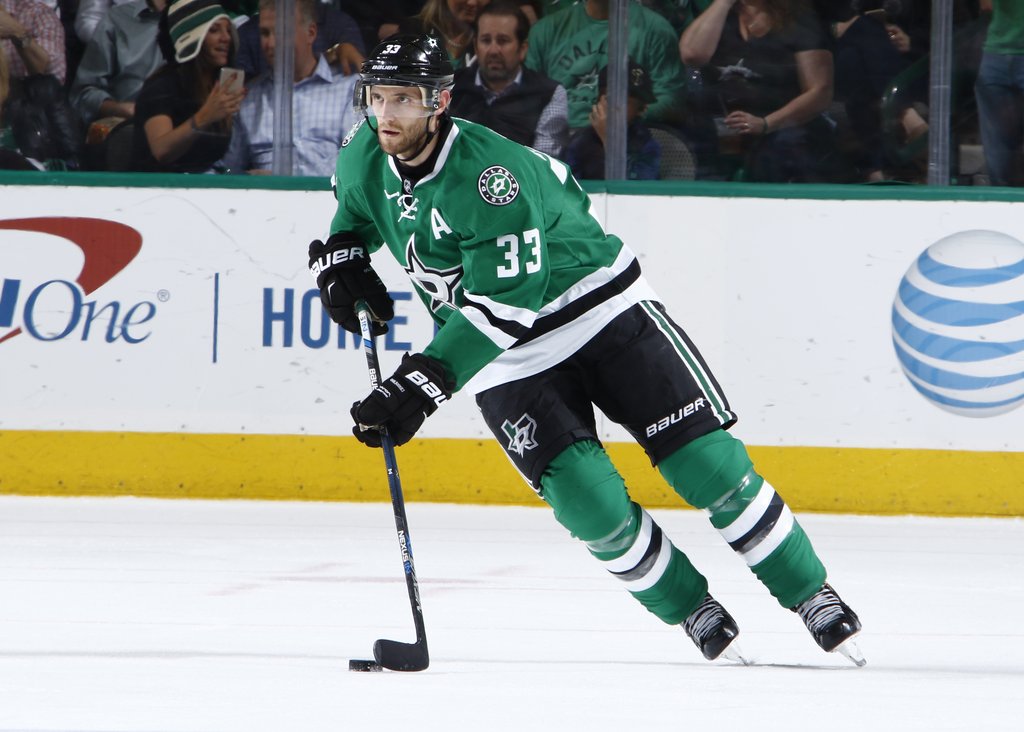 Nobody played more minutes for the Dallas Stars this year than Alex Goligoski. When you consider how good Dallas was this season, that’s a good sign.

Goligoski is an undersized, puck-mover who is relied upon in all situations. Though he isn’t as prolific offensively as Yandle has proven to be, he’s probably more dependable on the defensive side of the puck.

Like Yandle, Goligoski will be in high demand, so the price tag won’t be cheap. He’ll turn 31 this year, so there’s likely to be a drop off in his play in the not so distant future, so buyer beware on a long-term deal.

But if Goligoski can be had on a mid-range deal, the Canucks would be getting a dependable defenceman to anchor their second pairing for years to come.