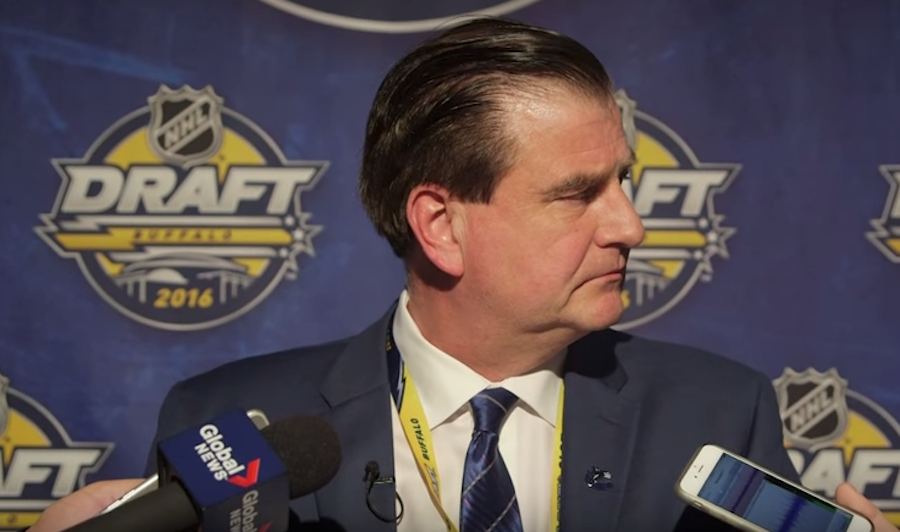 When the NHL free agency period opens Friday at 9 am, it signals the beginning of the NHL’s silly money season. It happens every year.

The list of NHL GMs that have made regrettable decisions this time of year is lengthy. This is particularly true when it comes to players past the age of 30 on long-term deals.

Radim Vrbata was a steal at $5 million in year one of his deal at age 33. But last year, at age 34, he was an anchor. Can you imagine if the Canucks signed him for a third season? Now imagine a four-year deal.

The Vrbata deal – despite his poor play last season – was a shrewd move by Canucks GM Jim Benning. Getting a top talent on a two-year term is difficult in July. He’ll need more deals like that this summer.

With pressure to make the playoffs from ownership and a need for a scoring winger, the Canucks might be inclined to make sure they secure the services of one of the big name UFAs. Vancouver was interested in Milan Lucic, but it appears he’s on his way to Edmonton. They also liked Steven Stamkos (who doesn’t?), but that pipe dream is dead as well.

So now the Canucks turn to the rest of the field.

There’s still a number of big names available, but many of them are older than Stamkos (26) and Lucic (28).

Mikkel Boedker is only 26, but he is said to be looking for a home run. Kyle Okposo is 28 and is a player the Canucks should be interested in, if he’s willing to come west.

Jamie McGinn is 27, while Darren Helm is 29, but are these players really going to upgrade Vancouver’s top two lines?

Loui Eriksson, Troy Brouwer, and Andrew Ladd will all turn 31-years-old this year and can contribute offensively, but at what cost? Same thing goes for Thomas Vanek, who turns 33 in January.

With few exceptions, signing players on the wrong side of 30 to long term contracts gives you good value on the front part of the contract, and poor value on the back. If you’re competing for a Stanley Cup, you can take that. If you’re where the Canucks are at right now, you can’t.

Projecting the Canucks going forward, they don’t seem ready to compete for a Stanley Cup for at least three more seasons. And that’s being optimistic. Then, you have to ask yourself, is signing a player like Andrew Ladd for five years going to pay dividends? Saving money on the cap in 3-5 years is going to be much more vital for Vancouver than this year and next.

The Canucks will need to keep this in mind this summer. The time to sign a 30-year-old to a 5-year deal is likely two years from now, not today.

In two years, when the Sedins’ contracts are up, the Canucks’ lineup could look something like this:

Henrik and Daniel Sedin could re-sign, but they’ll be 38-years-old at that point. The best you can hope for at that age is that they’re good enough to be your second line.

So who will carry the mail in two years? I wouldn’t bank my money on 33-year-old Andrew Ladd or Loui Eriksson.

Of the top-30 scorers in the league last season, only five were 33 or older. Only three, were 34 or older, and they’re all future Hall of Famers: Joe Thornton, Jaromir Jagr, and Daniel Sedin.

In a salary cap system, you only have so many dollars to spend, so you’d best spend wisely. If the Canucks start committing dollars to players on the downside of their career three, four, or five years down the road, they’re playing with fire.

And when you play with fire, you’re bound to get burned.