The majority of Vancouver is still recovering from last nights Canucks victory. Here are some photos taken by Jeremy Lim of the Granville Street madness that ensued after Kevin Bieksa clinched the series. There must have been 50,000 people scattered around Granville, Robson, Georgia and other downtown streets. Car horns and cheering was heard well into the early morning hours. 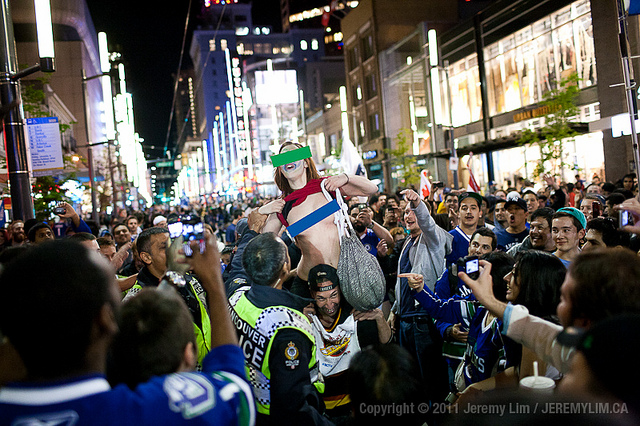 Is the cop helping her? Haha. 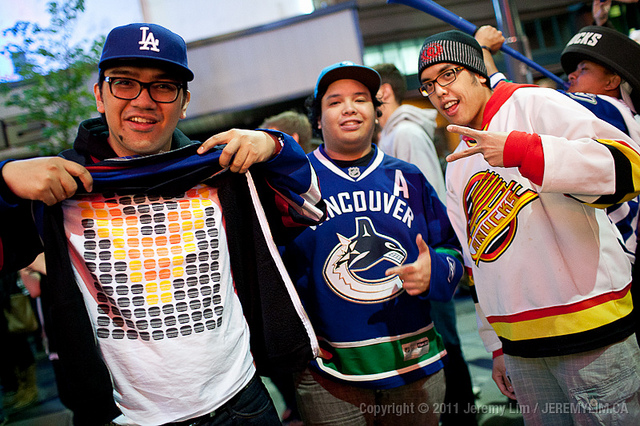 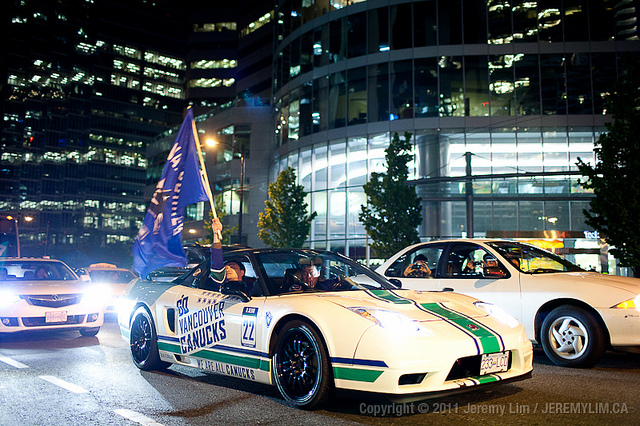 Whitebox Studios have the best Canuckmobile in town.