There’s a very real reason Vancouver is referred to as a “goalie graveyard” – Jakob Markstrom and Eddie Lack are feeling its effects firsthand.

In Markstrom’s first NHL game of the season Tuesday, San Jose torched him for 3 goals on 4 shots. He was pulled seven minutes into the game, and the fans had plenty to say.

This is a game not lost by the Canucks, but by the horrendous goaltending of Markstrom.

Why is Markstrom so bad, seriously he has to be one of the biggest busts ever

Now that we’re two days past the game perhaps cooler heads can prevail and we can calmly evaluate what we have in Markstrom. Here are the options.

a) He is completely unfit to be an NHL goalie.
b) He is a superstar who had a bad start to his NHL season.
c) He is trying to get back at Jim Benning for sticking him in Utica for a year.

Or we could give up on him, kick him out, bury him in the graveyard, if you prefer. 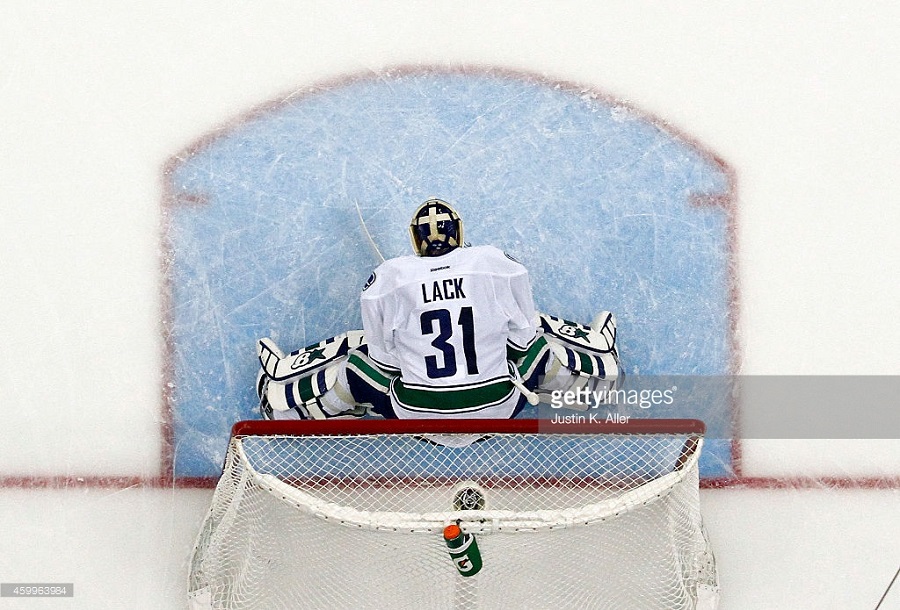 While Markstrom was experiencing his version of hell, Lack watched from the bench. After healing his injured back and working hard all off-season, he came back ready to be a number one in September.

Then he was told to become good friends with the bench as Ryan Miller had been signed in the summer.

Now with Miller injured, Lack has his chance. It began five games ago and over that span, he’s 3-1. More importantly, Lack was a brick wall in the first two – New York Islanders and Boston – and a chain-link fence in the next ones – Buffalo and St. Louis.

In the fifth, Lack came in for the hologram of Markstrom, and he looked sharp once again.

For those keeping score at home, that’s three good games and two bad ones.

Similar to Markstrom, we don’t know what Lack is yet. Many have their guesses, but until he has a decent number of starts under his belt, we won’t know if the good or the bad games are the ones that don’t match.

There are those who will say Ryan Miller wasn’t afforded the same amount of leash.

True, Miller had his detractors when he was signed. That’s mostly because the Canucks used a large chunk of their salary cap money to get him. Fans wondered if Vancouver would get close to the same quality of goaltending from Lack, without spending $6 million/year.

Once the season began, Miller was given his shot. He had great, promising stretches in late November and mid January. And he had discouraging patches mid December and early January. It wasn’t until he lost four straight in December – the fourth being that 5-1 loss to the Rangers – that people started using the “feast or famine” tag.

Point is, Miller had time. He had a two month trial in Vancouver before feeling the fire.

Now it’s Lack’s turn. With Vancouver fighting for their playoff lives, Lack won’t be given a single mulligan, let alone two months. Still, if you’re going to judge him, it should be on more than four games as the starter.

And if you’re going to judge Markstrom, it should be on more than one period.

But don’t be too hard on yourselves, Vancouver. Other places are harsh too. The words in this article’s title come from a goaltender who was treated unfairly by his fans too.

Canadiens fans booed him after he allowed 4 goals on 9 shots in a 2010 preseason game.

“Relax. Chill out,” he told the Montreal faithful. Carey Price now leads the way for this year’s Vezina trophy.

A word of advice before you bury the goalies, Canucks fans: patience has its rewards.