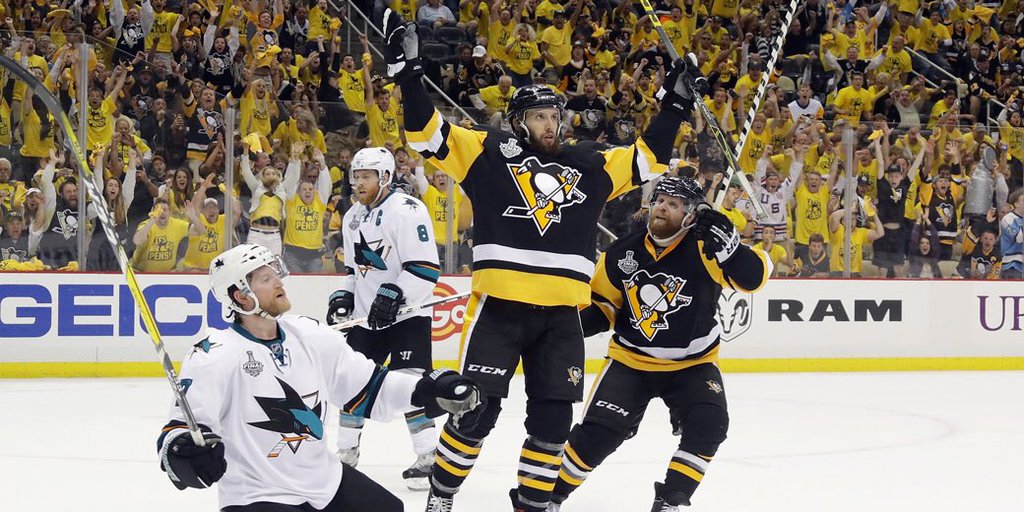 Every time Nick Bonino gets a point in this year’s playoffs, a Canucks fan winces. With 17 points (4-13-17) in 20 playoff games for the Penguins this postseason, there’s been a lot of wincing.

Bonino, one of the key pieces of the Ryan Kesler trade, was dealt to the Pens in the summer along with Adam Clendening and a 2nd round pick in exchange for Brandon Sutter and a 3rd rounder. Given that the Canucks moved down in the draft and lost a 22-year-old defenceman as part of the swap of second line centres, the expectation was that the Canucks had upgraded at the centre ice position.

Bonino scoring a game winning goal in the Stanley Cup Final and getting Conn Smythe consideration this spring isn’t exactly helping that cause.

So… How bad should you feel, Canucks fans? To answer that, we need to decide what Bonino is and what he has become.

Poll Question: If Bonino wins the Conn Smythe trophy, will the Bonino-Sutter deal be the worst Canucks trade of all time?

The Canucks traded 21-year-old Cam Neely, a local boy who went on to a Hall of Fame career, so “worst Canucks trade of all-time” is a bit much.

Bonino, now 28-years-old, is in his fifth NHL season. What we’ve seen from him over the course of his career is likely a better indication of who he is than a hot playoff run.

Don’t get me wrong, Bonino’s playoff run and chemistry with Kessel and Hagelin has been amazing. The Pens are big winners because of it. But it’s not like Bonino is one of the best second line centres in the league now or anything.

He’s nearly a point-a-game player in the playoffs, but in the regular season he scored just 29 points (9-20-29) in 63 games. That’s some turnaround.

What this illustrates is what chemistry and playing with good players can do for a player. The three members of the HBK line compliment each other. The line is greater than the sum of its parts.

It also illustrates how having support on other lines can help. Bonino is Pittsburgh’s third-best centre. Other teams have to worry about Sidney Crosby and Evgeni Malkin, in addition to the HBK line.

Full credit to Bonino though. Not every centre would have excelled in this situation. He’s fit like a glove on his line.

But Bonino isn’t a changed man. He hasn’t changed his game.

For Pittsburgh, a team that looks poised to win the Stanley Cup, they don’t care. They’ve won the trade, but at the same time, we can’t say that Vancouver has necessarily lost the trade… Yet.

We’ll see how good Sutter will be next year. He could very well be better than Bonino. GM Jim Benning needs to find two players to play with him that will compliment him like Kessel and Hagelin have for Bonino.

The Canucks, who plummeted towards the bottom of the standings this season, were clearly better with Sutter in the lineup.

Went back for exact Desjardins quote "Everybody felt in our dressing room if he's (Sutter) there, we're in the playoffs this year." #Canucks

Don’t get me wrong, the rhetoric coming from Willie Desjardins on the radio Thursday morning was laughable. Vancouver was 12 points away from a playoff spot. Neither Sutter nor Bonino is making up that kind of ground.

Take Kessel and Hagelin away from Bonino and what have you got? A bottom-tier second line centre. In other words, the same guy as last season.

What Sutter will have to prove is that he can be as offensively gifted as Bonino has shown when playing with good players. Can Sutter be a difference maker? That’s yet to be decided.

Until then, don’t feel bad about Bonino, feel good for him. He’s on a great run and found a home in Pittsburgh. Sutter will get a chance to prove his worth next season.