The Vancouver Canucks appear to be in hot pursuit of college free agent forward Drake Caggiula.

Caggiula, who played on a line with Canucks prospect Brock Boeser at the University of North Dakota, was spotted having dinner with Canucks brass at Blue Water Cafe last night.

The Vancouver Sun’s Iain MacIntyre confirmed that dinner was had – still don’t know what they ordered, but seafood is a good bet – and that Caggiula will meet with the team again today before Trevor Linden heads off to Toronto for tomorrow’s Draft Lottery.

The 21-year-old Caggiula played left wing this season, but has also played centre in his college career. Like Alex Burrows and Chris Tanev before him, the 5’10”, 180-pound Caggiula was undrafted in the NHL.

He finished second in scoring on North Dakota this season, trailing only Boeser, notching 51 points (25-26-51) in 39 games. 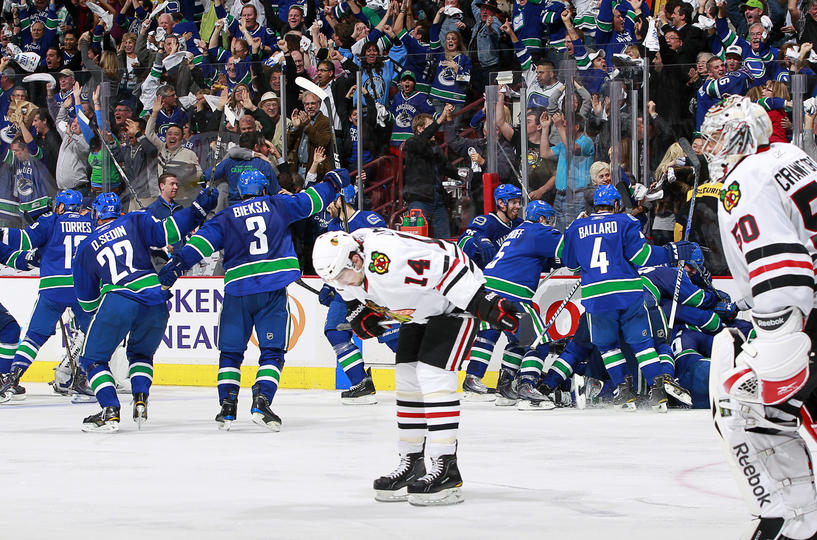 Cool story from Elliotte Friedman in his 30 Thoughts column on Sportsnet.ca today. The Blues organist trolled the Blackhawks by playing the Hawks goal song after St. Louis beat Chicago in Game 7.

Apparently the Canucks, who beat the Hawks in Game 7 at home in 2011, thought about doing the same thing:

Apparently the Blues played a little Chelsea Dagger in the building after beating the Blackhawks. I remember hearing the Vancouver Canucks wanted to do the same in 2011, but decided not to.

Probably a good move by the Canucks – don’t want to upset the hockey gods.

Luck of the Irish

Trevor Linden will be the Canucks’ representative at tomorrow’s NHL Draft Lottery, and he’s hoping to bring the franchise some luck. Some luck of the Irish, to be exact.

As Ed Willes from the Province reports, Linden will be carrying a 1970 Pat Quinn hockey card with him for luck tomorrow. 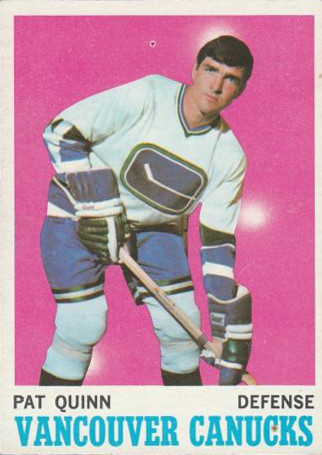 The card is from Quinn’s days in Vancouver’s inaugural season in the NHL.

The Flames, for their part, are trying to claim the luck of the Irish by sending Brian Burke to Toronto.

As David Pratt noted on TSN 1040 this morning: Linden is 46-years-old, one year older than Quinn was when he drafted Linden back in 1988.

I don’t know what that means, but hopefully it’s somehow a good omen.

Hopefully Quinn can put in a good word with the hockey gods for the Canucks, because Vancouver could sure use a little bit of luck.