With four first round picks in the last two years, the Canucks have built up a solid stable of forward prospects. While taking a defenceman this time around may be tempting, Vancouver should look at taking the best player available and this year it may be another forward.

Yesterday we took a look at some defencemen that the Canucks could select 23rd overall. While drafting a defenceman may fit an organizational need, there will be some very strong forward options for when GM Jim Benning makes the Canucks’ selection. Let’s take a look at four forwards who could be available at 23rd overall. 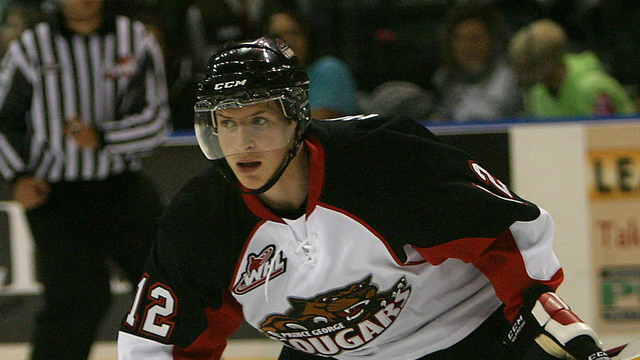 Jansen Harkins has been regarded as a two-way centre, but he has some offensive instincts. Harkins was first in draft eligible WHL scoring during the second half of the season with 38 points in 26 games. This is even more impressive when you consider that the Prince George Cougars were not a good team.

TSN’s Craig Button projects him to be a solid two-way centre:

Jansen is a smart and tenacious player in all areas of the game. His determination is undeniable and he is always prepared to do whatever is necessary to make a positive difference in the game. Good skills and with improved speed, power and quickness, his impact will only increase. Has that completely unselfish, team approach to winning.

A highly intelligent two-way forward…skates well and will only get better with added strength…consistent and reliable…impressive in the faceoff circle…high-end defensive zone play due to his smarts, a long reach and positioning…has impressive vision and good puck skills…strong on the cycle…protects the puck well…possesses impressive playmaking skills and delivered pucks at proper times…not many holes in his game…has room to grow physically

Although the Canucks already have Bo Horvat, Jared McCann and Cole Cassels in their prospect pipeline, you can never have enough centres. Harkin’s second half is quite promising and if he can build on it, he may provide great value for a late first round pick. 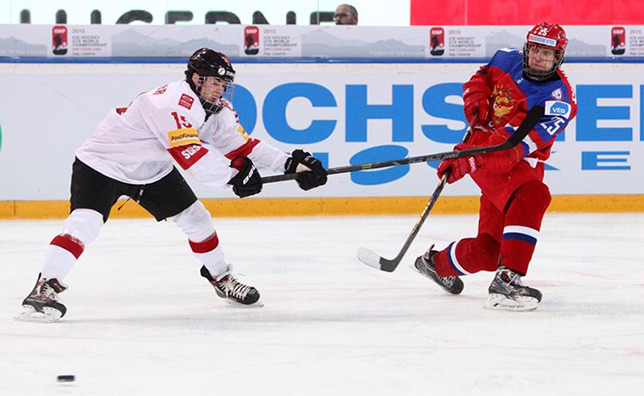 If the Canucks want to swing for a home run, then Denis Guryanov is the player they need to target. Guryanov has the talent to be a top 10 pick, but the much talked about ‘Russian Factor’ may result in him being available at 23rd.

One of the most powerful, dynamic players in the draft. Has excellent speed but his explosive quickness is exceptional and he can create space and opportunities quickly. Excellent shot with a quick release and goalies have to be ready. Easily could be a top 10 or even a top five talent in this draft.

A highly skilled forward who intimidates with his speed and proficient puckhandling ability, Denis Guryanov may have one of the highest ceilings as a forward prospect for the 2015 NHL Entry Draft. Very strong on his skates and uses his size to protect the puck well. Drives the net hard and knows where he will shoot before he is even in a position to do so. Possesses a heavy and accurate release on his shot, which he likes to get off near the faceoff dots; if he can’t shoot from there, he will either dangle or bull his way through to the blue paint. While he is proactive and aware defensively, he still needs to work on consistency in his own end. All-in-all, a dynamic offensive threat that has room to grow defensively.

Canucks GM Jim Benning showed last year with the selection of Nikita Tryamkin that he isn’t afraid to take Russian players. As witnessed with players like Nikita Kucherov in Tampa Bay and Vladimir Tarasenko in St Louis, passing on a player just because they are Russian (and the subsequent fear that they may bolt to the KHL) may not be the wisest choice. 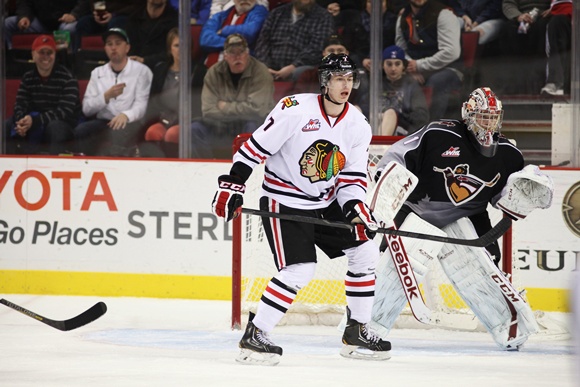 Paul Bittner had a good draft eligible season playing with Nicolas Petan (Jets 2013 2nd round pick) and Oliver Bjorkstrand (Blue Jackets 2013 3rd round pick). He was 2nd in the WHL in even strength points for a draft eligible player behind only Jansen Harkins.  So there are good things about his game, but at 23rd overall, he may not be the best player available.

A big body that is hard to move…possesses a powerful stride that is hard to stop once he gets going…wide skating base allows him to bull his way around the ice and power through his checks…shows some decent hockey sense and awareness…possesses decent vision and quick hands…has room to add some serious muscle to his already impressive frame…has a long reach…physical play could be ramped up…still learning the defensive game, and is raw, but talented, in aspects…combination of size, hands and vision could make him a formidable offensive force in the future.

Bittner is a classic case of ‘will his power game translate to the pro game?’. He uses his size to create space, which may work in the WHL, but that may not translate when playing against men.  Since the Canucks already have players like Jake Virtanen and Alexandre Grenier, they don’t need to draft for size and may be well served to pass on Bittner at 23rd. 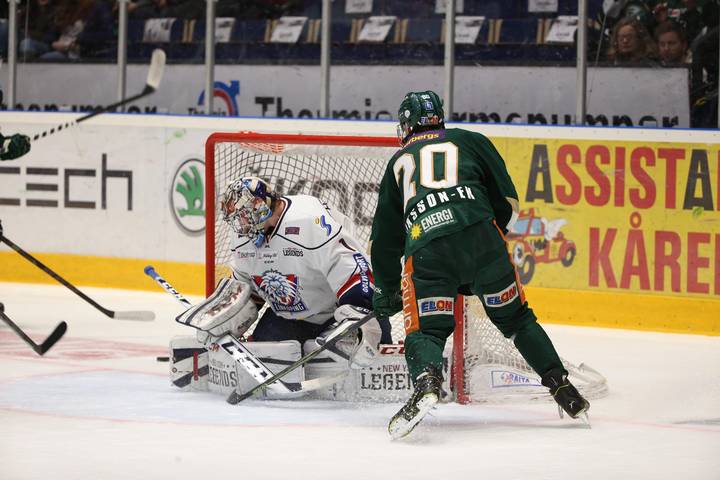 Joel Erikkson Ek is the riser in the draft rankings, he was ranked 22nd in European skaters at the Mid-Season rankings but finished the season at 4th. Eriksson Ek is a player that does everything well but doesn’t excel at any specific thing, which in this case isn’t a bad thing.

He is a well-balanced centre who can play in any situation. He’s an intelligent player who reads the play quickly, taking advantage both offensively and defensively. Good skills and is comfortable playing in any style of game and has a strong competitive approach. Maturity will be longer but potential is high.

He is a very competitive, powerful center with great speed, a good strong shot and excellent puck-handling. He is creative on the offense while reliable on defense. Likes to go to the net to create scoring chances.

At this point, it will be surprising if Eriksson Ek is available at 23rd. The Red Wings select 19th overall and he seems like the perfect fit for them. But if Detroit decides to go in another direction and Eriksson Ek falls to 23rd, the Canucks can’t go wrong with snapping him up. 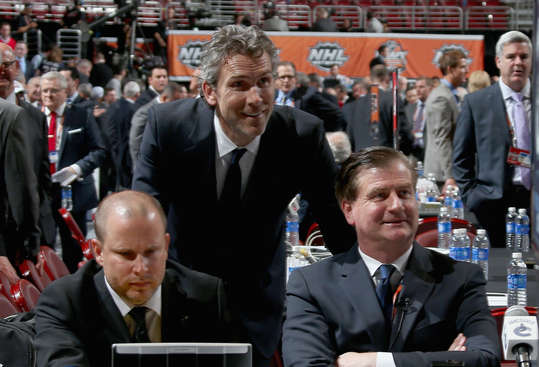 With the Canucks having quite a few forward prospects pushing for roster spots next year, selecting a forward in the first round wouldn’t be an awful decision. They will need to position themselves to have a constant stream of youth creating competition year after year. As we saw in the Stanley Cup Finals this year, having depth throughout your forward group is key, so adding any of the four players profiled above will ensure that.

The Canucks can always address their defensive and goaltending depth with later picks.