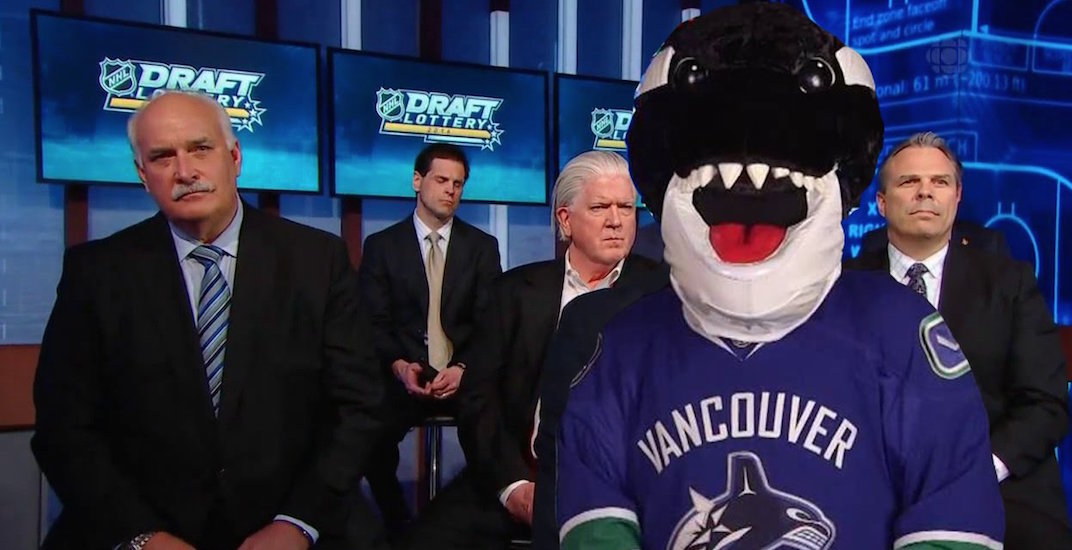 Are whales lucky? If the Vancouver Canucks had their way, we would have found out.

When Trevor Linden mentioned sending the team mascot to the NHL Draft Lottery this week, most people thought he was joking.

“We tried to send Fin but Bill Daly and Gary Bettman weren’t too receptive to that idea,” Linden said.

Turns out, he was serious.

VAN GM Jim Benning on @Sportsnet650 says the Canucks wanted to send mascot Fin to represent them at the lottery, but the league said no. While I understand the NHL's position, I have huge respect for the ask

Every participating team must send a representative to the annual draft lottery in Toronto. Most teams send their general manager, with others picking another member of the front office.

The Canucks, who sent Linden to the past two draft lotteries, wanted to change their luck.

A grassroots movement on Twitter to send Fin this year was likely the inspiration for the Canucks’ request. Good on them for trying.

RT to send @CanucksFIN to the Draft Lottery! #Canucks pic.twitter.com/L2H9XGXjob

Thanks to everyone supporting me to go the @NHL Lottery Draft. I guess they figured I had an overWhaleming advantage 😉. Our GM Jim Benning will do a FINe job representing! #GoCanucksGo

You can see why the league would deny the Canucks’ request to send Fin, although how much more entertaining would the draft lottery be if every team sent their mascot?

Instead of their mascot, the Canucks sent GM Jim Benning, who didn’t have much luck. The Canucks dropped one spot, and will pick seventh. Vancouver dropped three spots last year, and two the year before that.

The worst team in the NHL last season, the Buffalo Sabres, wound up winning the lottery and will pick first overall at the draft in June.