As we approach another NHL entry draft on Friday, the Canucks enter a very important weekend for their plan to shape their roster for upcoming seasons. Armed with the 6th overall pick, the Canucks can select a player that will make an impact on the Canucks roster for years to come.

Top 10 picks are often what can ultimately shape a franchise and are the most important decisions that a team can make. With that being said, lets look at some of the Top 10 picks of the Vancouver Canucks have made in the last 15 years and what kind of impact they have had. 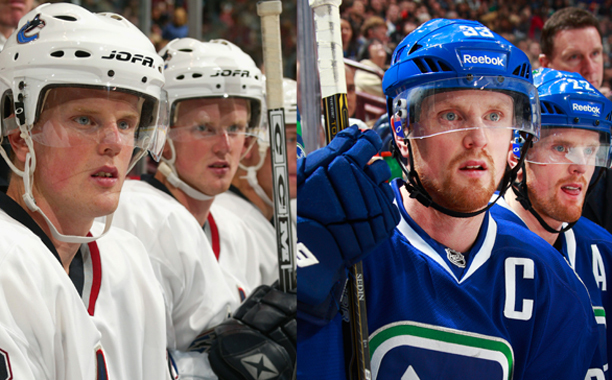 Arguably the best players to ever wear a Canucks jersey, Daniel and Henrik Sedin were drafted 2nd and 3rd overall in the 1999 NHL Entry Draft. Identical twins that were regarded as the best players available in the 1999 draft, there was very real concern that the Sedins would be drafted by different teams and never make the jump over to the NHL. That was until general manager Brian Burke pulled off some magic on the draft floor and was able to secure the 2nd and 3rd overall picks to bring the twins to Vancouver.

The Sedins struggled to adapt to the NHL in their first few seasons as their notorious cycling game didn’t lead to a lot of scoring chances. But the shrewd signing of Anson Carter by GM Dave Nonis after the 2005 NHL lockout, pushed the Sedins into the players that they are today. Carter joined the Canucks for the 2005-06 season and put up 33 goals while playing with the Sedins behind the West Coast Express (Brendan Morrison, Markus Naslund and Todd Bertuzzi).

Since that season, the Sedin’s have become the top players on the Vancouver Canucks and will continue to lead them for at least four more years. The twins they have gone on to win two Olympic gold medals, two Art Ross Trophies, one Ted Lindsey Trophy, one Hart Memorial Trophy and took the Canucks to within one game of the Stanley Cup.

I think one YouTube video will summarize their skill and how much they mean to this team. 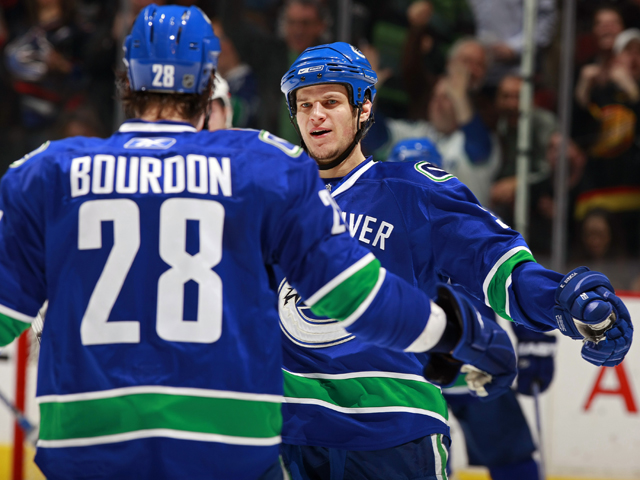 When I decided to look into the Canucks draft history, I knew that the late Luc Bourdon would be the hardest player to write about as he was a player taken from us far too soon. Coming out of the 2005 NHL lockout, all teams were placed in a weighted in raffle based on the last few seasons resuls, and this was called the Sidney Crosby sweepstakes (as Crosby was the top prospect available). The Canucks ultimately ended up with the 10th overall pick in what has turned out to be a fantastic draft class.

With the 10th overall selection, they selected Luc Bourdon from the Val d’Or Foreurs. Bourdon went on to win two gold medals at the U20 World Junior championships and a had a very successful junior career. He then went on to begin his pro career with the Manitoba Moose.

While the Canucks clearly missed drafting Anze Kopitar (chosen by LA with the next pick), Bourdon was showing signs of promise. During the 2007-08 season, Bourdon saw some NHL action as the Canucks suffered multiple injuries to their defenceman. You could see Bourdon’s game and maturity growing on a game-by-game basis.

Following the season, Bourdon was expected to take a full-time roster spot but on May 29, 2008 he tragically in a motorcycle accident. It was a tragic end to a young man who was about to blossom and fulfill his lifelong dream of playing in the NHL. 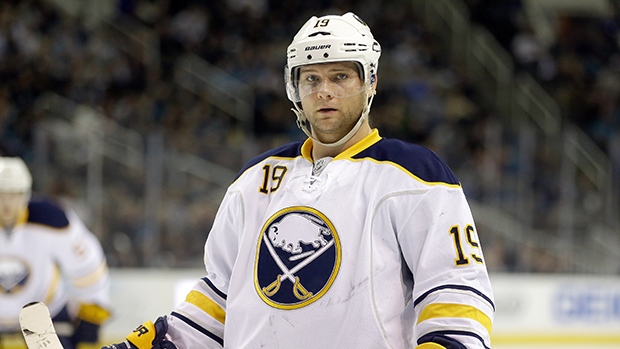 Tim Thomas is still looking for that shot.

Of course we all know by now that the relationship between Hodgson and Canucks management ended poorly, resulting in a trade to Buffalo following a trade request. 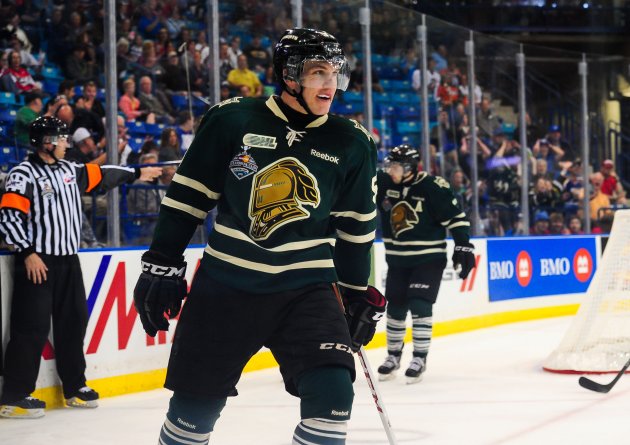 Horvat is an excellent two way centre that plays a game that should successfully translate to the NHL in a few years. There have been suggestions that Horvat may project to be a third line centre, but I honestly believe that he could become a top 6 centre in the same vein as Ryan Kesler.

Regardless, if Kesler is dealt at this year’s entry draft, I expect Horvat to be on the Canucks roster next season in a bottom 6 role as he has nothing left to accomplish in the Ontario Hockey League. If somehow he doesn’t stick with the Canucks roster in the upcoming season, expect him to be a leader on Team Canada at the World Juniors.

The Canucks have had fairly good success with their top 10 picks in the last 15 years, and I hope this trend continues on June 27. Given GM Jim Benning’s draft record in Buffalo and Boston, I expect him to select a player that will make a positive impact for many years to come.