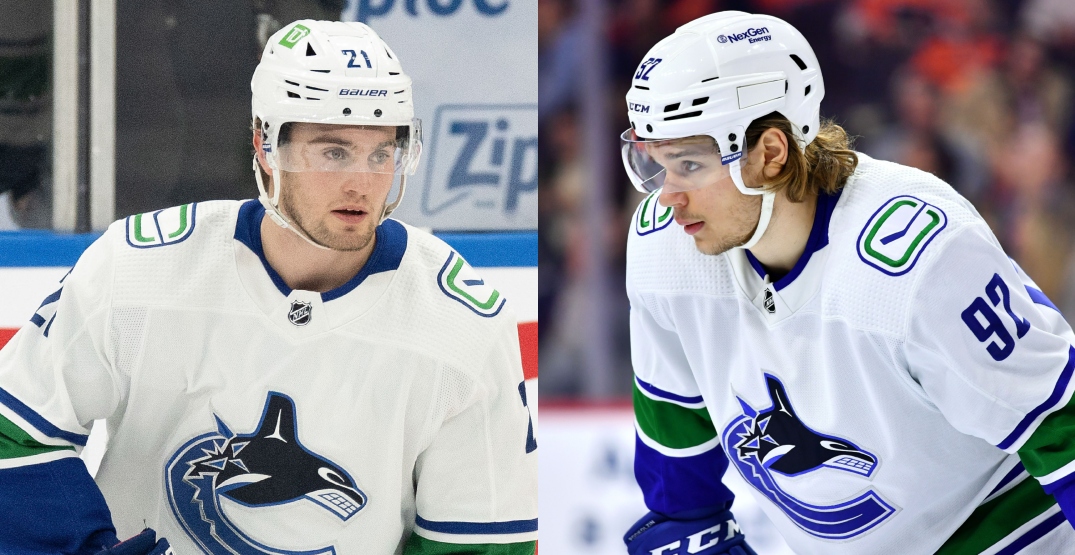 Jack Rathbone has been a frequent healthy scratch for the Vancouver Canucks this season.

After Wednesday’s game in Colorado, for those of you counting, that will be six straight and nine of the last 11.

For many, the news of another Rathbone scratch will be met with a shrug of the shoulders. More expected than surprised. And those that used to get upset with the news seem resigned to the fact that it just continues to happen.

But let’s not stop with Rathbone. It’s fair now to ask how the Canucks are developing Vasily Podkolzin and Nils Höglander.

And, of course, this comes on the heels of news that Danila Klimovich is a regular scratch down on the farm, too.

Go a little deeper and look at the progression of Jett Woo, and beyond him, to Kole Lind and Jonah Gadjovich, who served their time in the Canucks’ development system, but are no longer Canucks property. Neither one turned into a full-time NHL’er here, nor did they fetch the organization any kind of asset as they walked out the door.

Höglander, Klimovich, Woo, Lind, and Gadjovich are all recent second-round picks, and of course, Podkolzin, was a first rounder – a top-10 selection, at that.

Oh, and speaking of first rounders, word out of Sweden is that Jonathan Lekerimaki’s struggles are real. The 15th overall pick in this year’s draft, with just five points in 18 games in the Swedish second division.

This organization devoted much attention and plenty of resources to build out its player development department since last December’s housecleaning, and the early results are well, suspect at best.

Now perhaps it’s too soon to expect results. But when a first rounder like Podkolzin is still looking for his first goal of the season at the 20-game mark, Höglander has more healthy scratches than goals, and the organization’s best defensive prospect – Rathbone – practices
but almost never plays, it is fair to wonder if this organization is doing right by its young players.

Obviously there are issues elsewhere in the organization that need addressing, but in professional sports, the future is never far away. And this much is clear, players that are supposed to be big parts of the future of the Canucks need a little more attention and a lot more development.