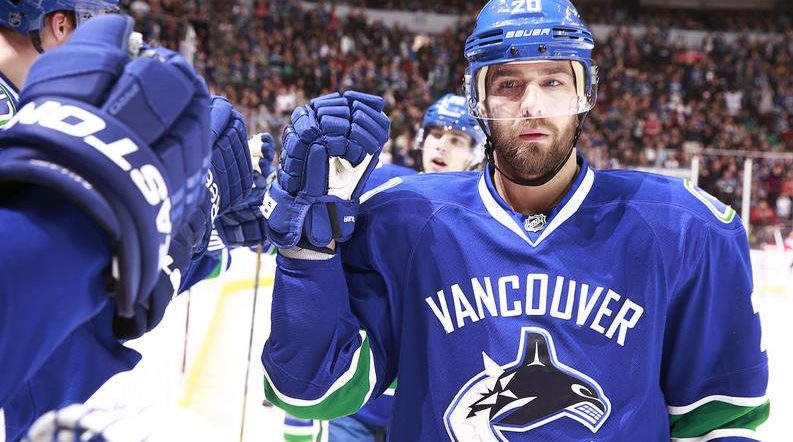 As expected, Chris Higgins’ time with the Vancouver Canucks is coming to an end. Higgins has one year left on a contract that will pay him $2.5 million.

Higgins (VAN) on waivers for purpose of buyout

“We would like to thank Chris for his contributions to the Canucks both on and off the ice over the past six seasons,” Benning said in a media release. “Chris was a leader in our dressing room and a leader in the community, especially as an ambassador for Special Olympics BC. He set a great example for our younger players to follow. The professionalism he has displayed throughout this process kind of person he is. We wish him nothing but success in his future endeavors.”

Higgins broke his foot in the first preseason game last season and never seemed to get back to full speed. By January, he was put on waivers and sent to the AHL.

We’ll see if Higgins gets another chance with an NHL team next season. He finished the season with 4 points (3-1-4) in 33 NHL games. Just a season earlier, he finished fifth on the Canucks in points with 36 (12-24-36) in 77 games. If last year was more about his injury than his age (he’s 33), we should see him on a fourth line somewhere in the league next season.