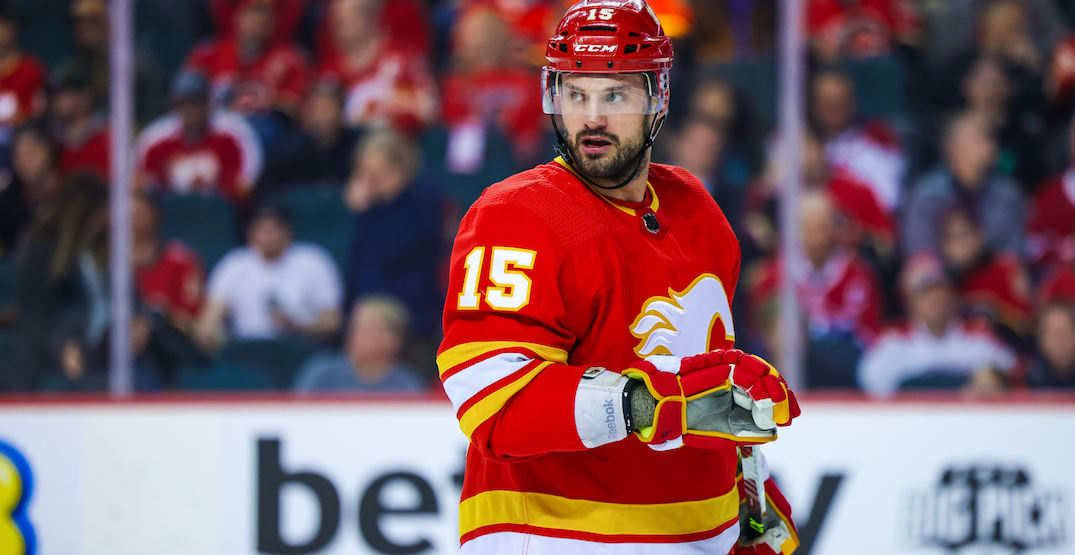 Brad Richardson is a member of the Vancouver Canucks once again.

The Canucks have reacquired the veteran centre off waivers from the Calgary Flames.

“Just an awesome, awesome kid,” Flames general manager Brad Treliving said Monday. “Real battler. Found himself out of the lineup here. Glad he’s going to get an opportunity there. I can’t say enough good things about the character of Brad. We wish him all the best and thank him for everything he did for us this year.”

Richardson is averaging under 10 minutes of ice time per game (9:56) this season in Calgary. He hasn’t been relied on to kill penalties much for the Flames, but that’s a role he’s excelled at in the past — and something the Canucks could use right now.

Another area Richardson can help is in the faceoff circle. He has won 58.8% of the draws he’s taken, and has a career faceoff winning percentage of 51.9%.

The Belleville, Ontario native is a pending unrestricted free agent, and is set to make $800,000 this season.