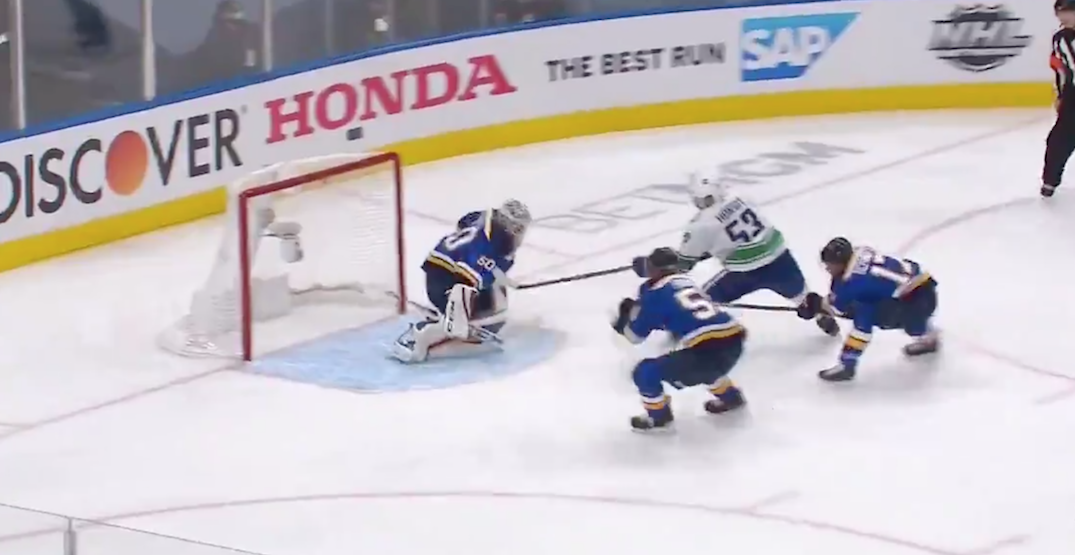 The Vancouver Canucks got off to a great start against the St. Louis Blues in Game 2 of their Stanley Cup playoff series today, thanks to Bo Horvat.

The Canucks captain went end to end for one of the nicest goals of the season, doing so shorthanded to give Vancouver a 1-0 lead.

Horvat dangled Brayden Schenn in the neutral zone before fooling Jaden Schwartz with a toe-drag and deking goaltender Jordan Binnington.

The goal was Horvat’s third of the series, after he scored twice in Game 1.