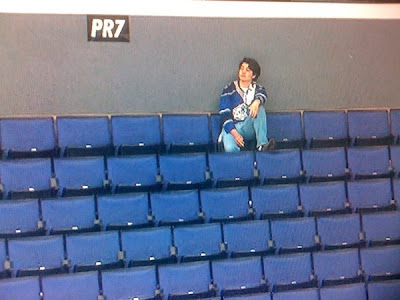 Image: GutsMctavish24
Four down, twelve more to go Canucks fans as Luongo made 29 saves tonight, many of the stellar variety, to propel the Canucks into the second round of the playoffs. Once the Canucks penalty killing got back to normal, you could feel that this game was the Canucks. Even after two lackluster periods at no point did I feel the Canucks couldn’t pull it off in the third. Then Daniel Sedin seals the deal in the third.

Back in Vancouver the excitement is building and I’m starting to see more and more Canucks flags on cars. Alain Vigneault was so excited he almost forgot to shake hands with the Kings coaching staff.