For most teenagers, music provides a means of self-expression, access to peer groups and even emotional catharsis. For 17-year-old Abbie, music is her only way of connecting with the world.

Abbie has autism and struggles with many social and behavioural problems but when she is around music, the behaviours disappear. For ten years Abbie’s parents searched for a music program that could meet their daughter’s specific needs. Then in 2014, the Canucks Autism Network (CAN) introduced their first ever music program.

CAN teamed up with the Sarah McLachlan School of Music (SoM) to teach children and youth with autism basic vocal and percussive skills in a safe and supportive environment. The collaboration enables the SoM staff to obtain autism training and experience while providing CAN participants with music education from experienced instructors. “The partnership between CAN and SoM is an important step in expanding our music programs to populations who we might otherwise not be able to reach,” states Rob Appleton, Executive Director of the Sarah McLachlan School of Music.

When Abbie got accepted into the CAN/SoM partnered music program, her family felt as though they had won the lottery. “Music is absolutely her favourite thing in the world,” says Abbie’s mother, Jessica. “Abbie has many behavioural problems but they go away when she is around music. My husband and I have now realized that music may be the only avenue she has to connect with the world and we are so grateful to both organizations for allowing her to do so.” 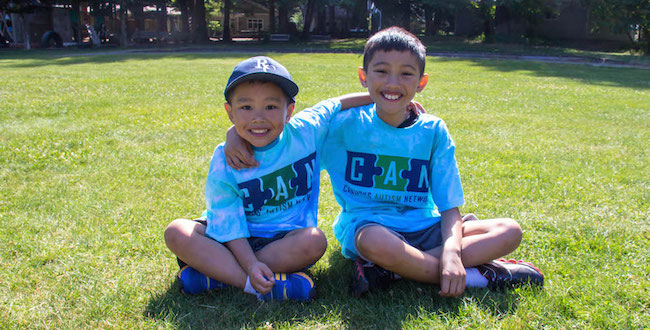 One to one support made up of staff and volunteers is provided at the program to ensure each participant has the necessary support. “We are thrilled to partner with such a top quality school that really prioritizes a safe and nurturing environment for their students,” says Katy Harandi, CAN President and CEO. “Together we share a commitment to better the lives of children and youth who are confronted with adversity.”

On Thursday, September 24, the CAN/SoM music group will be performing live at Rogers Arena for the one-of-a-kind, inaugural Reveal Gala, presented by SAP. Canadian broadcasting personality and Hockey Night in Canada host, George Stroumboulopoulos, will act as emcee for the event with Olympic Gold Medalist and The Amazing Race Canada host, Jon Montgomery as auctioneer. In addition, the Reveal Gala promises key representation from Vancouver Canucks players and management and a host of other surprise reveals over the course of the evening. Limited seating available.

Vancity Buzz is a proud media sponsor of Reveal Gala.