Finally, it’s April. Vancouver has five games left in the regular season and then the real fun begins.

Not that we haven’t been having fun so far. The Canucks trampled through March, which was supposed to be a schedule from hell, with a 10-4-2 record. They now have a seven point cushion on L.A. for their playoff spot.

Just as notable, as of today Daniel Sedin is currently ranked 15th in NHL points scoring, just 11 points behind the leader Sidney Crosby.

Here’s Dave Lee-son’s March wallpaper featuring the rookie who has transformed himself into Vancouver’s second-most important center. Now to see what Horvat can do in the playoffs. 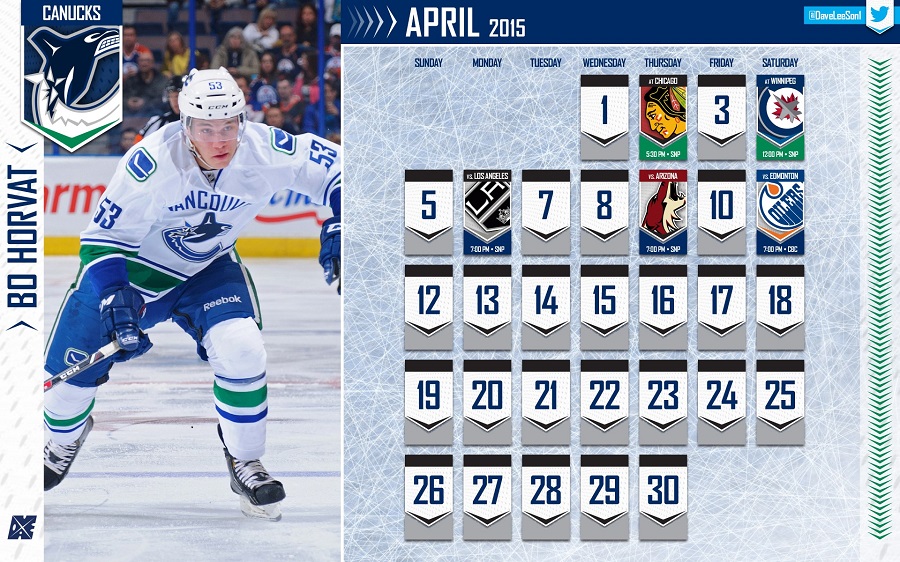