The Canucks have released a list of 24 players who will be suiting up in the annual Young Stars tournament that will take place September 11-14 in Penticton. This tournament seems to be getting better and more high profile every year, and the 2015 edition isn’t likely to disappoint.

The Canucks’ prospects will compete against prospects from the Flames, Jets and Oilers, meaning that fans will get to see Connor McDavid compete.

The Canucks have a few intriguing names on this year’s roster, including Jake Virtanen, Jared McCann, Cole Cassels, Hunter Shinkaruk and Ben Hutton. Noticeably absent from this list is their most recent 1st round draft pick Brock Boeser, and goalie of the future Thatcher Demko, who are both unavailable due to NCAA eligibility rules. 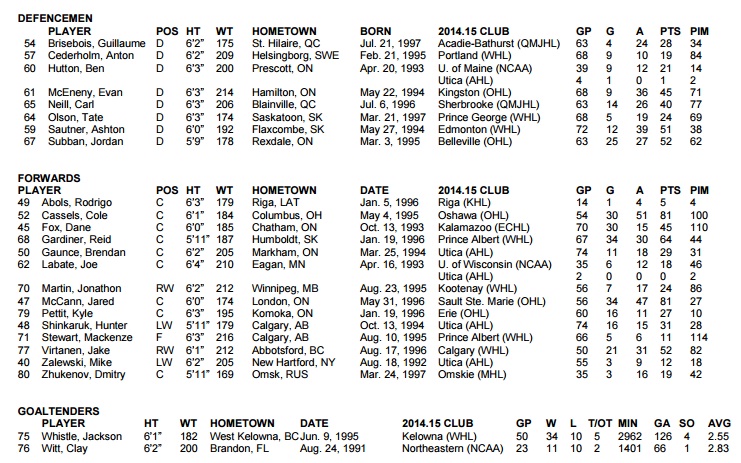 All games will take place at the South Okanagan Events Centre in Penticton. Fans can watch games live in person or online on Canucks.com.