The Stanley Cup was presented to the LA Kings on Friday, kicking off the official start of the NHL off-season. Like many teams, the Vancouver Canucks have been patiently waiting to start making moves to rebuild their roster for next year. It all begins with the NHL entry draft on June 27 and 28 in Philadelphia.

The Canucks hold the 6th pick, their highest draft pick since 1999. That was the year they drafted Daniel and Henrik Sedin at #2 and #3 respectively.

Let’s start with the players that I don’t expect to be there when the Canucks make their way to the podium. Although it is hard to predict the exact order, Aaron Ekblad, Sam Reinhart, Sam Bennett and Leon Draisaitl are locks to be selected in the top 5. Aaron Ekblad will be the all around defenseman that every team needs, while Sam Reinhart and Sam Bennett are projected to be high end offensive first line centres. Given that Leon Draisaitl plays a game very similar to Ryan Getzlaf, I don’t expect teams like Edmonton or the New York Islanders to pass on him.

Jim Benning and the Canucks have been rumoured to be interested in trading up so that they can draft Sam Reinhart.

And now, the realistic options:

Back in April, I believed that the Canucks would be selecting Jake Virtanen as he fits the model of player that the Canucks are looking for. Virtanen had an impressive season, putting up 45 goals  with the Calgary Hitmen. He followed up his junior season by playing on the bronze medal winning team at the U18 World Championships in April.

He was the fastest skater at the CHL top prospects skills competition in both forwards and backwards skating. He has great acceleration and a great stride that helps him fight through hooks and holds. With all of that being said, there has been criticism that he is a one dimensional player as he isn’t a great playmaker.

Complicating matters, Virtanen just had shoulder surgery last month that will keep him off the ice until October. I still believe that the Canucks will consider Virtanen at 6th overall, but ultimately given what other players may be available, he may get bypassed. 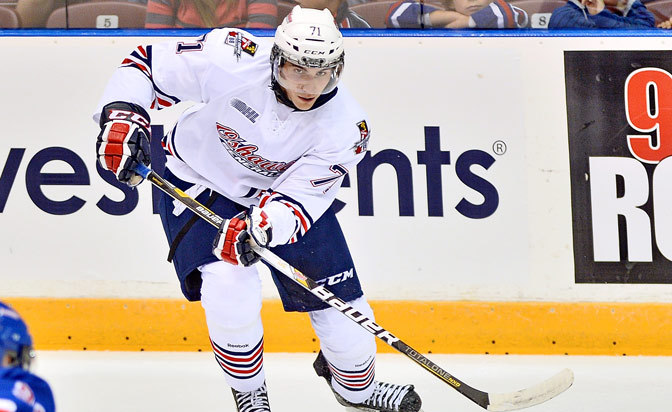 Two months ago I predicted that German forward Leon Draisaitl would be be available when the Canucks step up to the podium, while Michael Dal Colle would be unavailable. Well guess what, I’m flip flopping! And it has nothing to do with Draisaitl’s nickname: the Deutschland Dangler.

Dal Colle is quite slight, weighing-in at only 171 pounds, but he has the frame and playing style to eventually become a power forward. He started the season with a gold medal at the Ivan Hlinka U18 tournament and then played the majority of the year on Oshawa’s top line with Philadelphia’s top prospect Scott Laughton and Canucks 3rd round pick Cole Cassels.

If Dal Colle is available at 6th overall, I do not expect the Canucks to pass on him. He could develop into a very good top 6 centre to compliment Bo Horvat. 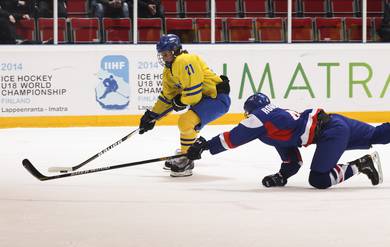 William Nylander has quickly risen up the ranks and may get selected in the top 5 due to a fantastic showing at the U18 World Championships. He put up 16 points in 7 games in a very electric performance where he was the best player at the tournament.

Nylander has a good combination of speed, hockey IQ and puck control that arguably makes him the most skilled prospect available at this draft. With that being said, he does come with some question marks as he is on the smaller side. He is very slight and doesn’t always want to get into the corners to create offensive chances.

If Nylander is available, I have the suspicion that the Canucks will pass on him for a player with more size and grit. That may not be a bad thing (provided that player can play hockey reasonably well) because as the LA Kings demonstrated again this season, having big players with skill is a pretty good recipe for success. 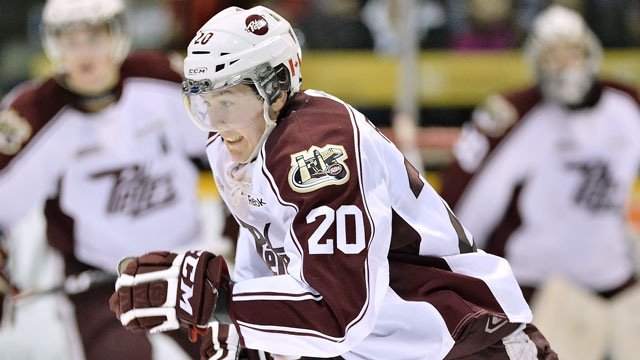 Another player that fits into the Vancouver Canucks model of grit and skill is Nick Ritchie. Ritchie suffered an injury early in the season which contributed to a slow start. But since the mid-point of the season Ritchie has been climbing up the draft rankings.

Affectionately nicknamed ‘Mr Grizzly’, Ritchie plays a hard nosed two way game where he battles in the corners and creates chances by using his big frame. When given the opportunity, he also has the shot to make teams pay.

If the Canucks believe his injury history is in the past, then Nick Ritchie would be a great player to add to the prospect pool.

This draft class has been impossible to predict with so many teams seemingly valuing players differently. But nobody said being the prospects guy was going to be easy, so here is how my prediction of the top 6 picks: