‘Tis the season for Canucks fans to sit back, relax, and be thankful that they aren’t Oilers fans.

The Canucks had a horrid month of November, winning only 4 of 13 games. They turned their game around this month though by winning seven in a row. Their winning streak was highlighted by a 6-2 win over Boston which capped off a perfect 5-0 home stand. While Canucks fans are thankful that their team has put together some wins this month, let’s take a look at what else Canucks fans should be thankful for.

After scoring 41 goals and winning the Frank J. Selke award in 2010-2011, Kesler had a setback in the two following seasons. Injuries limited him to only 17 games last year, but after a full off-season of recovery he looks like his old self. He has also flourished under new head coach John Tortorella.

Kesler leads the Canucks in goals with 15, and has brought back the tenacity to his game that makes him difficult to play against. Although he had success with the Sedin’s earlier this season, he is going to stay on a line with Chris Higgins and Mike Santorelli. The three of them have been very successful together recently.

The emergence of Mike Santorelli

This has been one of the best stories for the Canucks this season. After the North Vancouver native signed a one year, two-way contract for $550,000 this season, he was expected to be a depth player for the Canucks, much like Andrew Ebbett was the past couple of seasons.

However Santorelli exceeded expectations and has played a huge role for the Canucks in the top six. After having a -52 for his career, he now leads the Canucks this season with a +14. He is also tied for third on the team in scoring with Ryan Kesler.

From day one of John Tortotella’s tenure, he said that Tanev was “one of the players that really stuck out to me.” Tanev has taken a huge leap forward in his development this year, and is now playing over 20 minutes per game. When Tortorella was asked who his best defenceman was, he said “Chris Tanev.”

He leads the Canucks in shorthanded ice time per game, with 2:29. He is becoming one of the Canucks most reliable defenceman, and possibly one of the most underrated defenders in the league, even though he just turned 24.

If there was any doubt about Roberto Luongo getting his game back after playing only 20 games last season, those questions should be answered. Luongo has played well this season and should be a strong candidate to play for Canada in the Olympics.

However fans weren’t sure about the play of Luongo’s counterpart after Cory Schnieder was traded to the New Jersey Devils. Undoubtedly there were question marks surrounding goalie Eddie Lack. He needed hip surgery last season when he was playing for the Chicago Wolves, which limited him to only 13 games.

This season he has four wins, and has given the Canucks a chance to win in every game he has played. Tortorella is also a fan of Lack, saying ”the thing I like most about Eddie is just his presence. I think he settles the team down.” 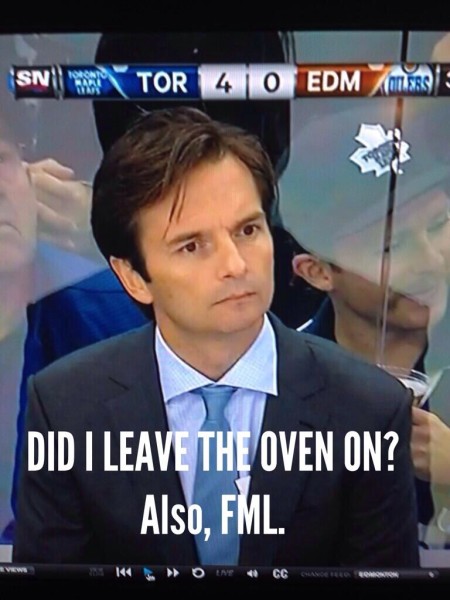 Remember when Dallas Eakins was rumoured to be the next coach of the Vancouver Canucks? Thankfully, that didn’t happen. Tortorella has been a good fit for the Canucks so far, while Eakins and the Oilers sit at the bottom of the Western Conference.

One of his supposed skills was that he was good at motivating young players. So far his most documented story involving a young player has been his handling of 20 year old Nail Yakupov, which hasn’t been pretty.

We should be thankful that this isn’t a Canucks problem.