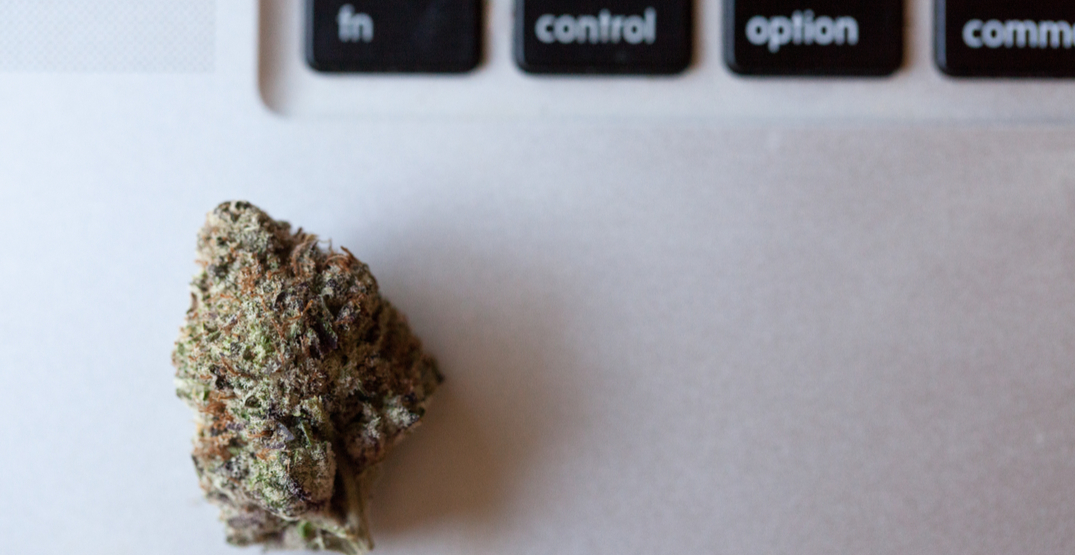 With legalization in Canada underway, hundreds of British Columbians have taken to the digital storefront to buy their cannabis online.

One surprise to a number of shoppers, however, was the rather expensive shipping fee that came around at checkout – a flat fee of $10, plus applicable taxes.

The shipping cost, arguably, acts as an inconvenience to those who want to make smaller purchases but aren’t able to visit BC’s only brick-and-mortar location, located in Kamloops.

The website features strains that sell for less than $6.99 a gram, as well as joints that are priced at $4.20 per unit. Someone who’s inexperienced and looking to enter the realm of cannabis with a smaller dosage could end up paying for shipping that costs as much as their order did – if not more.

Compared to other provinces, British Columbia has some of, if not, the most expensive shipping for online purchases. Both Ontario and Quebec offer $5 flat rate shipping. Not to mention, in addition to an e-commerce platform, the SQDC’s (Société québécoise du cannabis) has opened three physical outlets in Montreal and 11 across the province.

To create a comparison, we found a strain that could be purchased online in British Columbia, Ontario, and Quebec, the Cabaret by Alta Vie – a Sativa-dominant strain with as much as 20% THC and no CBD. 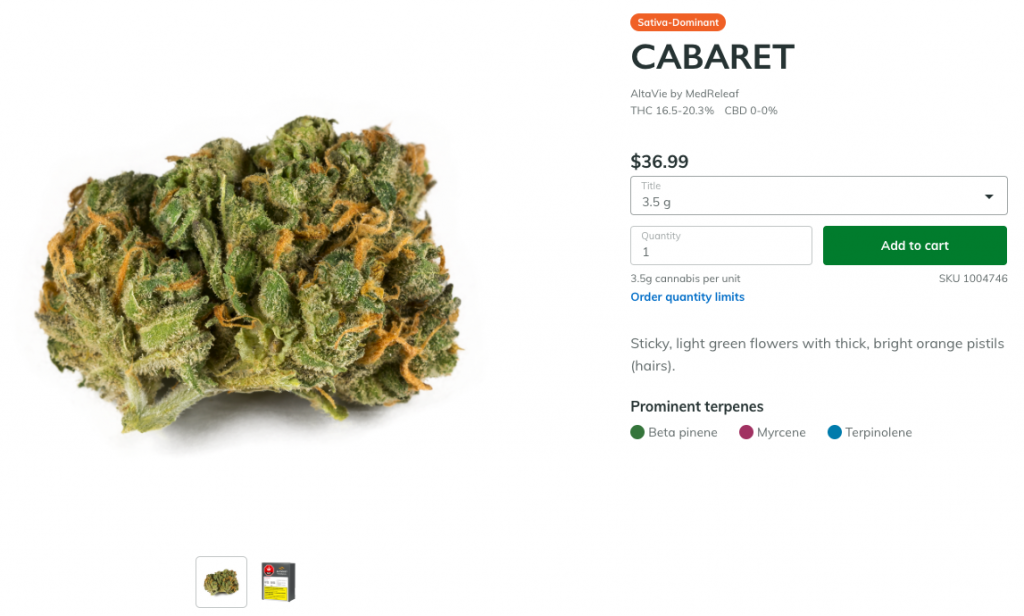 The province prices 3.5 grams of the plant at $36.99 – slightly more expensive than if one were to purchase off of Quebec’s website. 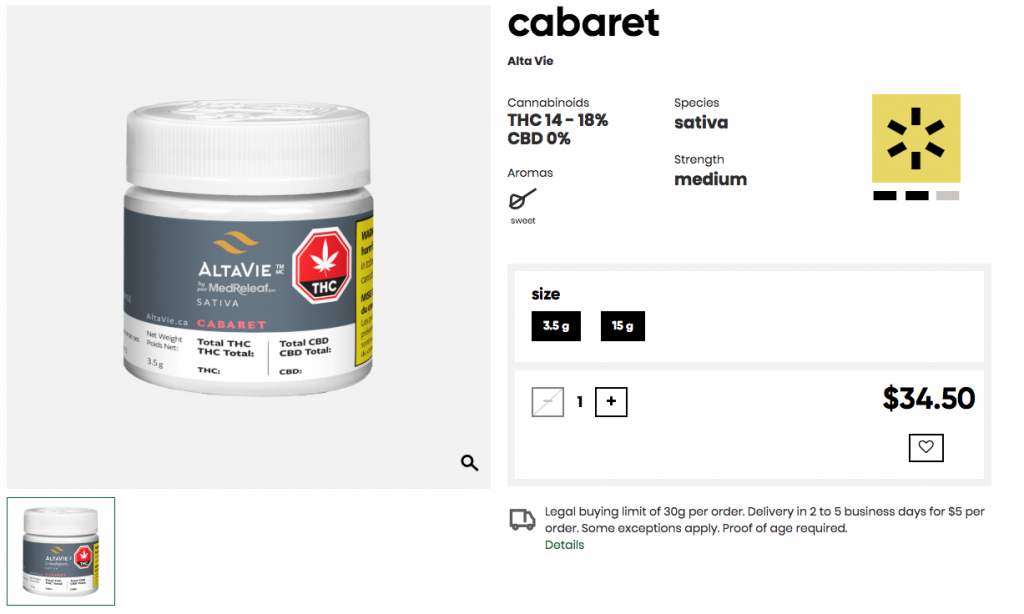 Both options, however, are notably cheaper than making the same purchase from Ontario’s website – a whole $10 cheaper, in fact. 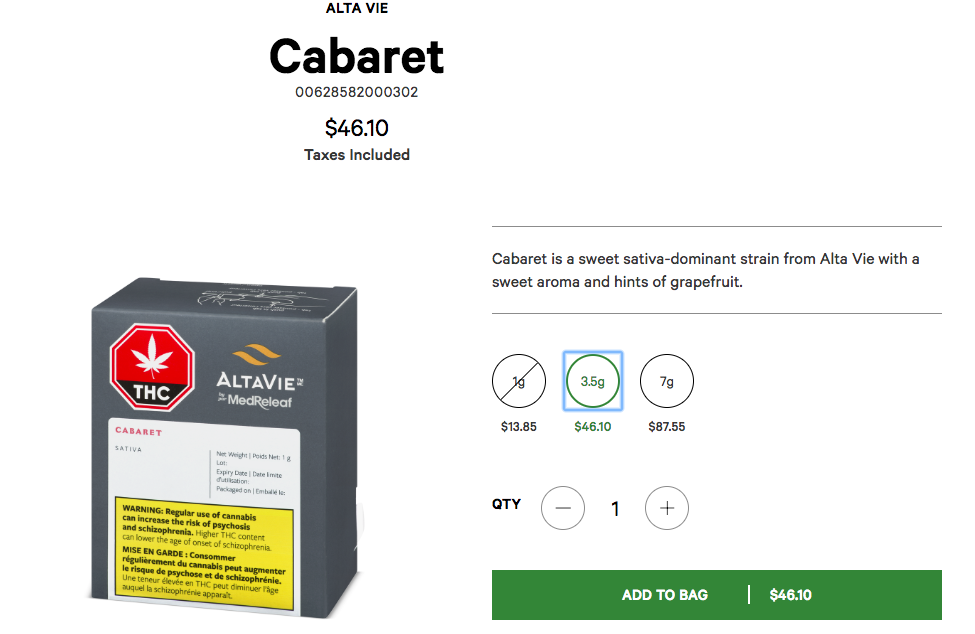 Regardless, it doesn’t look like cannabis consumers in BC have let the shipping fee ruin their day. Within the first hour, the BC Cannabis Store website made 1000 online sales.