Organizers of “Cannabis Day,” an annual marijuana event held at the Vancouver Art Gallery’s North Plaza on Canada Day, maintain their event will go on despite a letter from the city stating they’d be violating the law.

The event is described by organizers as a “cannabis farmers market,” a place where “growers and vendors openly sell marijuana flowers, extracts, and other products in a safe and peaceful environment without the threat of arrest or police harassment.”

The organizers said they received a letter from the City of Vancouver on June 9 telling them to move the event to another spot since they would be violating multiple bylaws and they needed a permit.

The event has been held at the Art Gallery every year for twenty years, and the organizers of “Cannabis Day” say they aren’t going anywhere.

“Cannabis Day organizers are committing to working with the city to fulfill the requirements, but have doubts about the possibility of moving the protest from its planned location at this time, since crowds will gather there no matter how much we try to advertise a new location,” organizer Jeremiah Vandermeer wrote on the Cannabis Day website.

“Moving this late in the game would likely take more time to organize than the organizers have.”

He says the booth set-ups are by-donation, and if the city plans on charging them fees, that cost will passed along to the vendors.

“The market is an important part of our protest, as it presents a positive alternative to our destructive marijuana laws and publicly displays what we envision as the future of Canada, where cannabis users are free to buy, sell, and consume responsibly and without harm,” he adds. “It is a peaceful act of civil disobedience.”

Vandermeer says City Manager Penny Ballem spoke to CKNW today and said the total cost for 4/20, a much larger event, ended up being $93,000 between policing, firefighters and toilet facilities.

He claims the costs won’t be as high, as it’s a smaller, more peaceful protest with little police presence.

The city plans to meet with Vandermeer to try and solve the issue.

The City of Vancouver provided Vancity Buzz with the letter (click on image for expanded version): 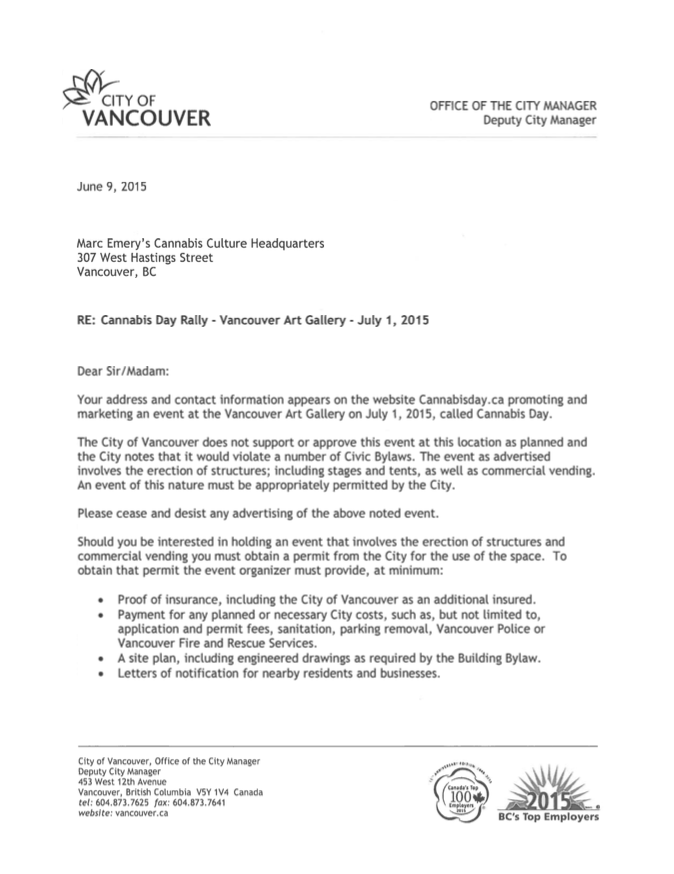 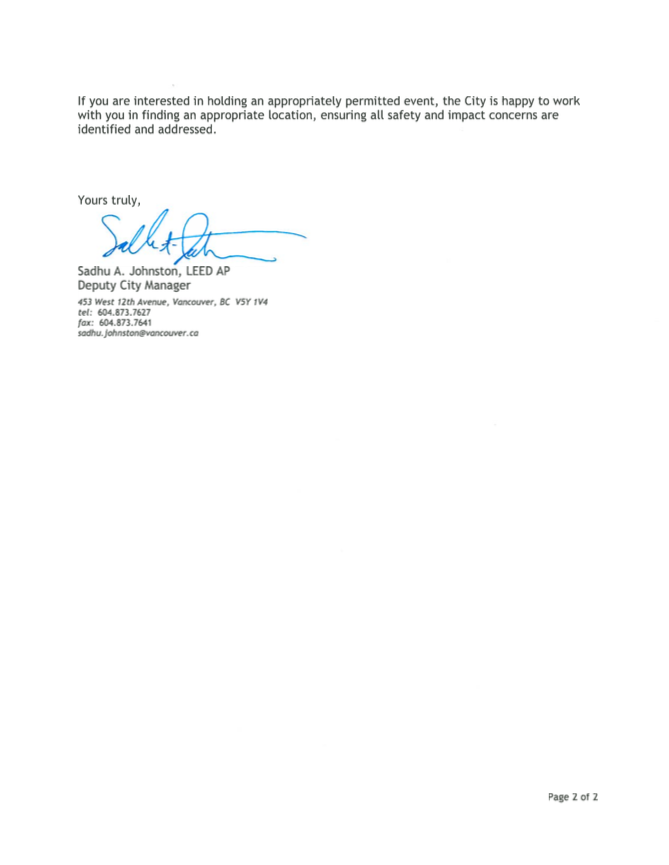