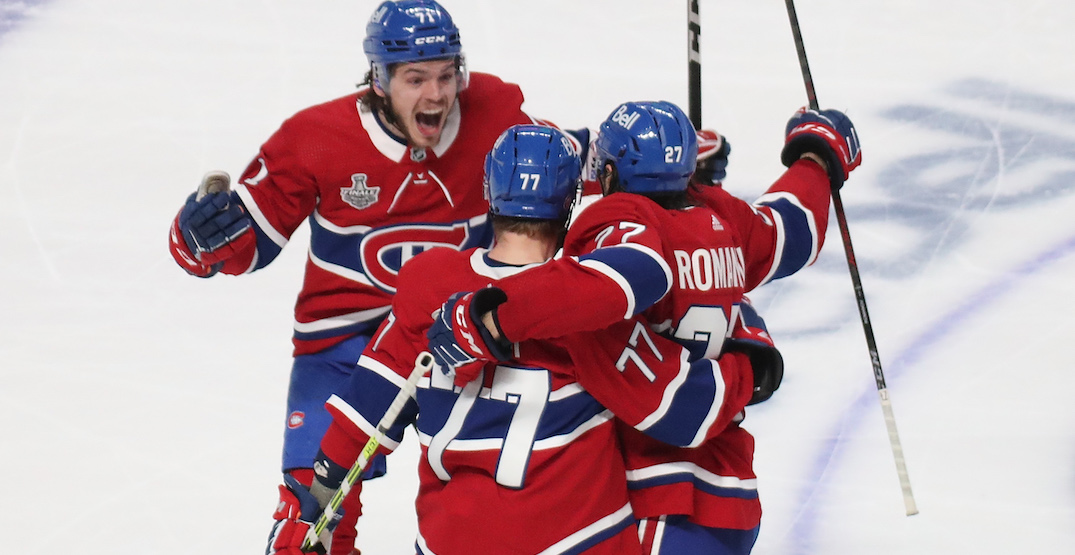 The Montreal Canadiens beat back the brooms of the Tampa Bay Lightning with a 3-2 overtime win in Game 4 of the Stanley Cup Final at Bell Centre on Monday.

The overtime winner was scored by Josh Anderson, his second goal of the night, after a season-saving penalty kill by the Canadiens.

The Lightning came out looking determined to end things at the start of the game, getting the first eight shots on goal and outshooting the Canadiens 12-5 in the first period. It was the Habs, however, who took a 1-0 lead into the intermission thanks to Anderson — as well as Carey Price.

Barclay Goodrow responded for Tampa Bay late in the second period to tie the game. Alexander Romanov put Montreal back on top in the third, only for Patrick Maroon to even things up again.

Shea Weber took a double-minor penalty for a high stick on Ondrej Palat that drew blood with just over a minute to go in the third, giving the Bolts a four-minute power play that carried over into overtime.

Montreal killed it off, though, giving Anderson the chance to play the overtime hero for the second time in these playoffs.

The opening goal came from Anderson with just over four minutes to go in the first period. It was set up by his new linemates, Nick Suzuki and Cole Caufield.

The @CanadiensMTL have their first lead of the #StanleyCup Final! #ItsOn pic.twitter.com/E9qz2PdpDs

Head coach Dominique Ducharme mixed things up with Montreal’s season on the line, throwing the lines into the blender and making a few lineup changes. Jesperi Kotkaniemi, with just one goal and three assists in the last 12 games, was scratched in favour of Jake Evans. Romanov and Brett Kulak replaced Erik Gustafsson and Jon Merrill as the Canadiens’ third defence pairing.

With under three minutes to go in the second period, Goodrow tied things up for the Lightning after Jeff Petry failed to get the puck out of his zone.

Then with just over 11 minutes to go in the third, Romanov took a wrist shot from the point that beat a screened Andrei Vasilevskiy for the rookie defenceman’s first career playoff goal, giving the Canadiens the lead back.

WELCOME BACK TO THE LINEUP, ALEXANDER ROMANOV. 🔥#ItsOn | #StanleyCup pic.twitter.com/YxUf7zslem

Their lead lead lasted just five minutes, though, before Maroon tied it back up for Tampa Bay.

That set up overtime, where Anderson kept the dream alive and sent Montreal into a frenzy.

THE REACTION OUTSIDE OF THE BELL CENTRE TO JOSH ANDERSON'S OT WINNER! 🎉🚨#ItsOn | #StanleyCup pic.twitter.com/DchuSHbnBs

Montreal improved its overtime record this postseason to 6-1. This was the first Stanley Cup Final game the Habs have won since 1993. They’re still in a big hole, but if nothing else, they’ll avoid the infamy of becoming the first team since the 1997-98 Washington Capitals to get swept in the Stanley Cup Final.

But hey, it’s only a 3-1 deficit now. The Canadiens have already come back from that once in these playoffs.

So now the Lightning, Canadiens, and the Stanley Cup are all heading back to Tampa. Game 5 goes Wednesday at Amalie Arena at 8 pm ET/5 pm PT.