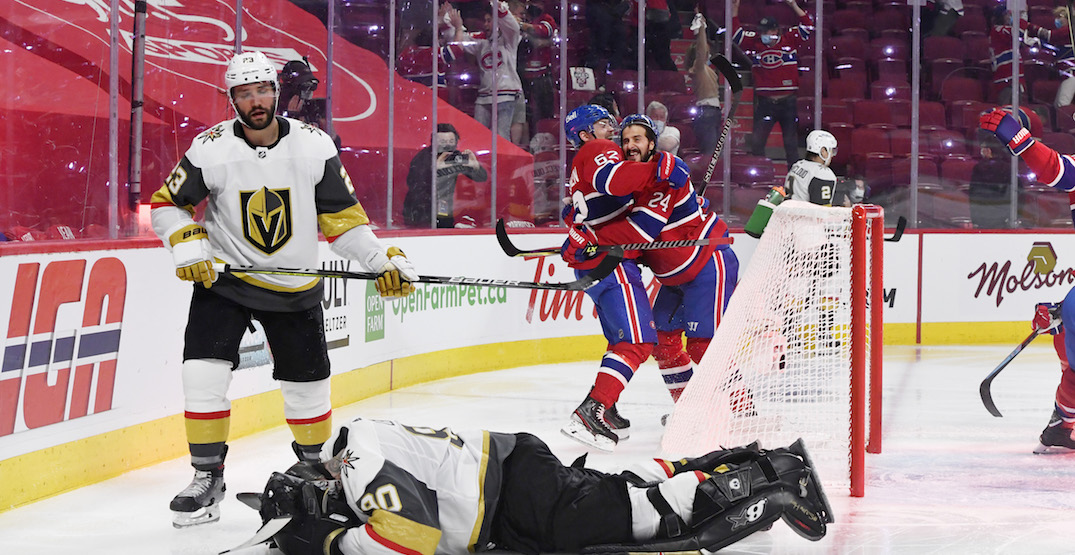 As this playoff run has gone on for the Montreal Canadiens, a lot of fans have started to say that it’s feeling like 1993. Now the Canadiens are officially off to the Stanley Cup Final for the first time since 1993, completing another huge upset with a 3-2 overtime win over the Vegas Golden Knights in Game 6 at Bell Centre on Thursday.

Artturi Lehkonen’s third goal of the playoffs ended the series less than two minutes into the extra frame.

The Canadiens scored the opening goal with just under six minutes to go in the first period when Shea Weber blasted a slap shot by Robin Lehner on the power play. Less than a minute later, though, Reilly Smith tied things up for the Golden Knights on a deflection.

Cole Caufield put Montreal back on top in the second period, but Alec Martinez tied things up for Vegas early on in the third period.

Weber finally scored his first goal of the postseason thanks to a Martinez turnover on a power play.

Shea Weber nets the ice-breaker for the @CanadiensMTL in Game 6! #ItsOn pic.twitter.com/vne5soWje2

Just 48 seconds later, though, Smith redirected a shot from Shea Theodore to tie the game.

Then in the second period, Caufield continued his impressive play as the rookie blew past Vegas defenceman Brayden McNabb and beat Lehner upstairs for his fourth goal of the series.

Just over a minute into the third, though, Martinez redeemed himself for the turnover by banging home a rebound to tie the game.

Alec Martinez on the doorstep and we are TIED! 😱#ItsOn pic.twitter.com/TLk1fDrIrG

The game remained tied until overtime when Lehkonen clinched the series and sent Montreal into a frenzy.

Typically awarded to the Western Conference champion, the Canadiens were awarded the Clarence S. Campbell Bowl after the win. Weber and the Habs seemed to have their sights set on a bigger trophy, though…

The Canadiens will play the winner of Friday’s Game 7 between the Tampa Bay Lightning and New York Islanders.