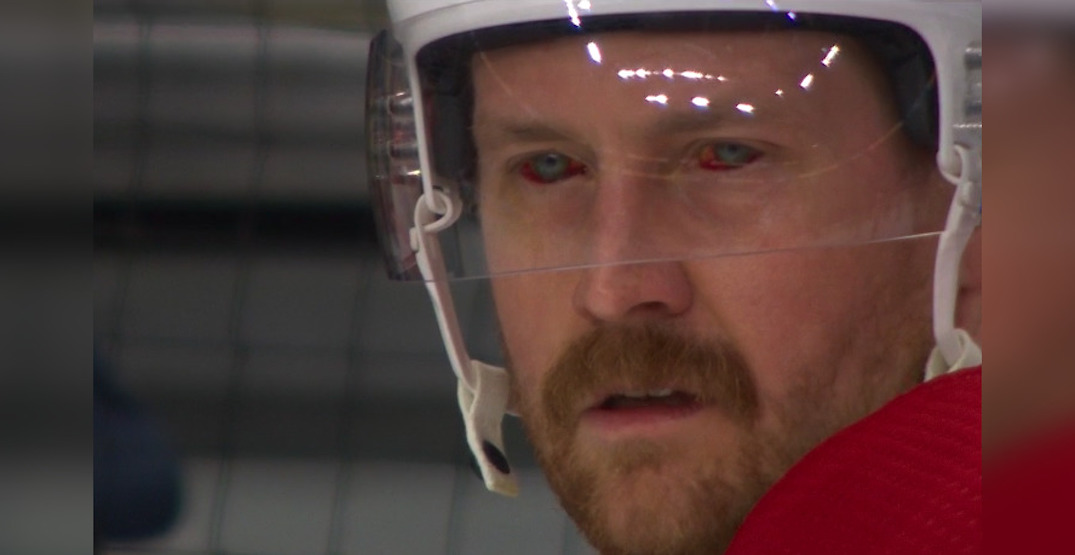 The big story heading into Game 2 concerning the Montreal Canadiens was the health of Jeff Petry, arguably the team’s best defenceman, who missed the opening game of the series with a hand injury.

After some pre-game skate gamesmanship from Habs head coach Dominique Ducharme, the focus shifted from Petry’s hand to his eyes — as in, what’s going on with his eyes?!

The 33-year-old blueliner looked like an evil version of himself, as he sported bloodshot red eyes.

Fans, of course, chimed in with theories.

Petry didn’t take warmups but is still playing because he couldn’t get out of his coffin until the sun started to set pic.twitter.com/ZDSFALMr2n

“His eyes have looked like that for a week now, it’s kind of scary,” said defenceman Joel Edmundson, who added that they were bloodshot due to burst blood vessels.

Petry’s wife, Julie, confirmed his red eyes are related to the injury he suffered, and he actually looks “a lot better” than he did a week ago.

“No, it’s not allergies,” she said on Instagram. “No, it’s not after a couple nights in Vegas. No, it’s not bloodshot because he’s tired. No, they don’t hurt or bother him.

“All related to his ‘upper body injury,’ but let me tell you he looks A LOT better than he did a week ago.”

Petry didn’t want to elaborate on what caused his eyes to turn red, but he did describe his three young children’s reaction to them.

“We gave them a warning. They came in, didn’t want to look at me,” he said. “We decided that I would be the villain and they would be the superheroes, and we started playing. That got them to relax.”