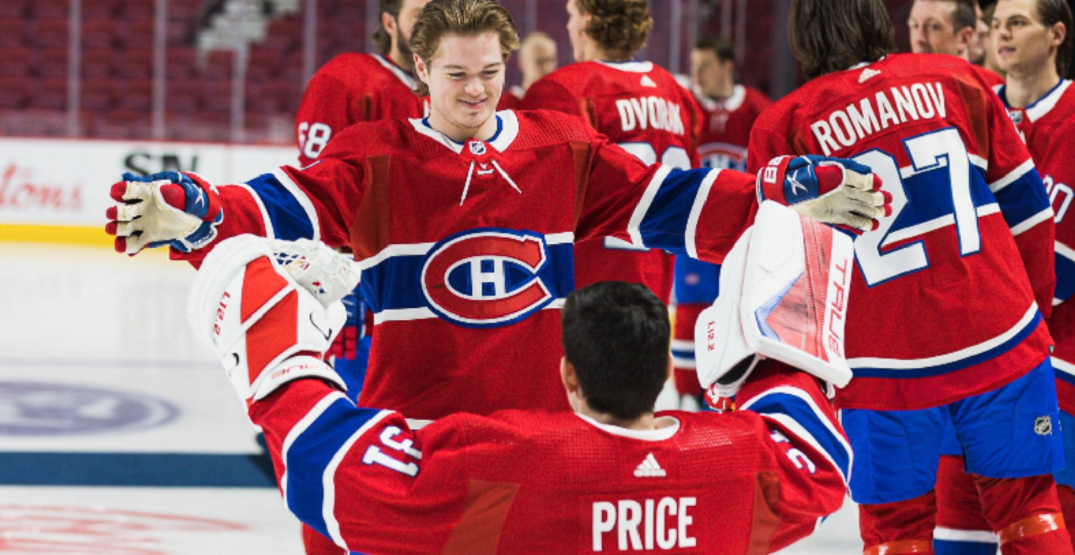 Carey Price hit the ice on Monday for Montreal Canadiens practice, in anticipation of the veteran goaltender potentially suiting up for the first time this season.

Monday also doubled as the team’s picture day, where Price was seen hamming it up with his Canadiens teammates.

In November, Price had said in a statement he was in “a dark place” while dealing with mental health and substance abuse issues, following an offseason surgery and has yet to play this season.

Price “looked very good” in practice, according to Stu Cowan, while TSN’s John Lu stated that Price is “getting closer” to a return.

Canadiens coach Martin St. Louis said he couldn’t offer a date for Price’s return, but left the possibility of a return this season open.

Last version of #Habs picture day — a nice memento with retiring head equipment manager Pierre Gervais placed front and centre. This is his last season after 35+ years in the organization. pic.twitter.com/P3xTlAqDC0

Lu added that Price had previously taken part in several practices with the team prior to the team’s four-game road trip over the past week. Price has skated at varying levels throughout the year, but has yet to dress for a game with just 13 games left on the team’s schedule.

“I knew he wasn’t going to pack it in… I think there were a lot of people on the outside who thought he was done for the year,” Canadiens goaltender Jake Allen told reporters. “[But] I knew he was going to come back and play whether he plays 5 games or 3 whatever it is.”

“He always looks good to me,” Montreal forward Brendan Gallagher added. “If you’re wondering if I scored on him, the answer is no.”

Montreal returns to the ice Tuesday night with a home matchup against the Ottawa Senators, with puck drop set for 7 pm ET.