A new poll from the Angus-Reid Institute suggests Canadians don’t want Justin Trudeau to borrow more money than the $10 billion the Liberals campaigned on last year.

Stock market turmoil, low oil prices, and a weak looney have left Canadians feeling worried about the country’s economic future. Around 42% of Canadians say they’re worried and think the economy will get worse. 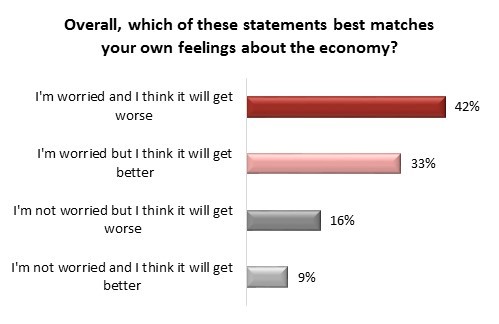 Only 22% of Canadians believe Trudeau should spend more if it’s necessary.

Additionally, 46% are concerned someone in their household could lose their job because of the economy – that number jumps to 57% in Alberta.

Standards of living are declining in Canada – only 15% of Canadians believe their standard of living has improved in the last year, while more than twice as many think it’s gotten worse.

A staggering 75% of Canadians say they’re worried about the economy. 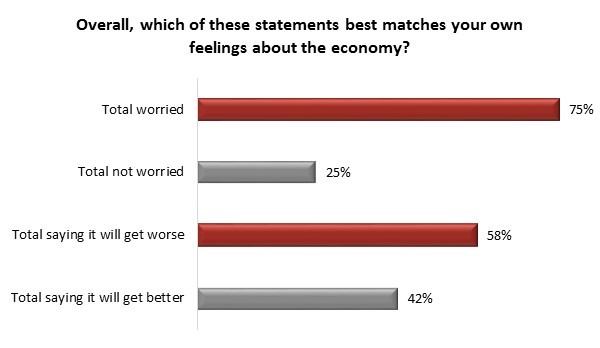 Canadians believe the low dollar is hurting their own households too, as well as the national and provincial economies. More than half of people who are 55 and older – retirement age – say the downturn has impacted their lives for the worse. 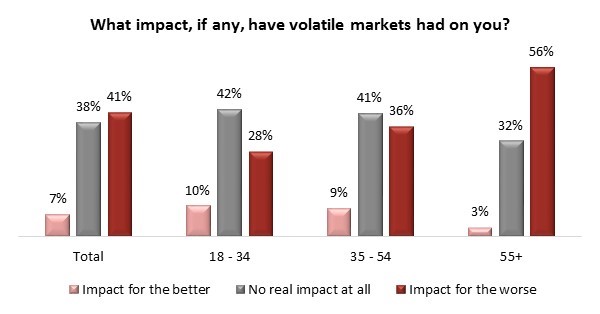 Overall, Canadians believe the government’s top priorities should be ensuring a fair and progressive tax system (39%) and controlling inflation and coasts in areas like real estate and food (39%). This is especially true of British Columbians, where housing and income inequality are frequent topics of discussion, according to the poll.