Canadians respect the Queen, find Prince Charles boring and think Prince William is charismatic, according to the latest public opinion poll from the Angus Reid Institute.

The online survey, conducted from April 5-7 among 1513 Canadian adults, looked in detail at how the “true North strong and free” feels about being subjects of the monarchy.

As Queen Elizabeth approaches her 90th birthday, the survey found 64% of those surveyed support Elizabeth as Queen.

Despite the popularity of the Queen and Prince William though, Canada isn’t so sure about keeping the monarchy as a whole.

Asked whether they would like to see Canada stay a constitutional monarchy “for generations,” 38% said it shouldn’t and 20% were unsure. 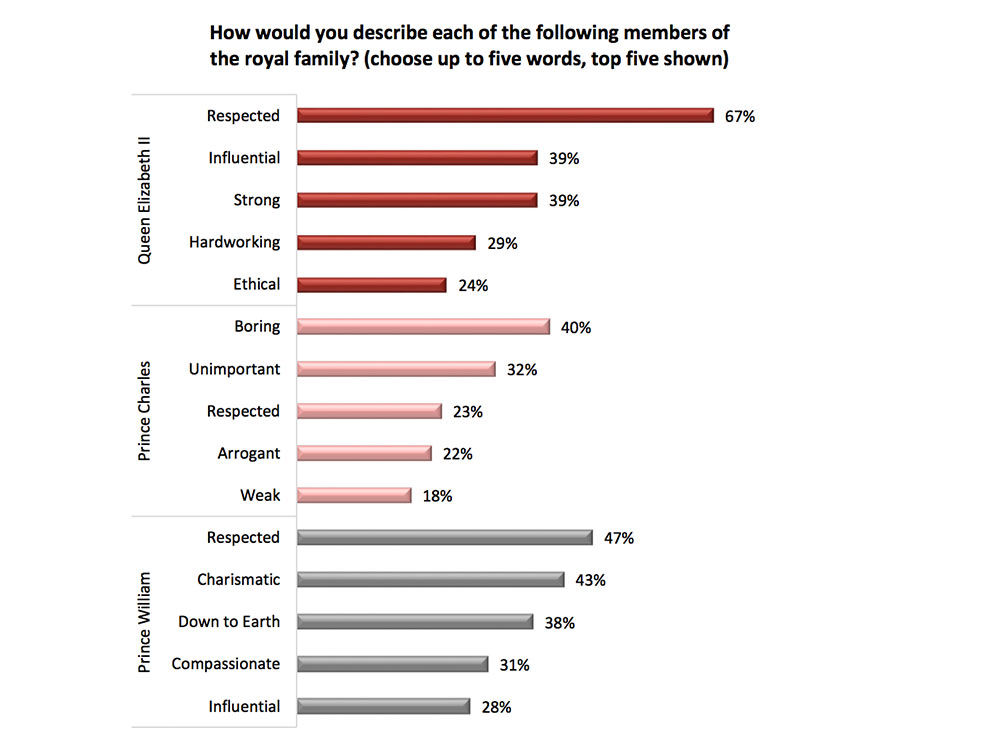 Some of the findings of the survey (Angus Reid Institute)