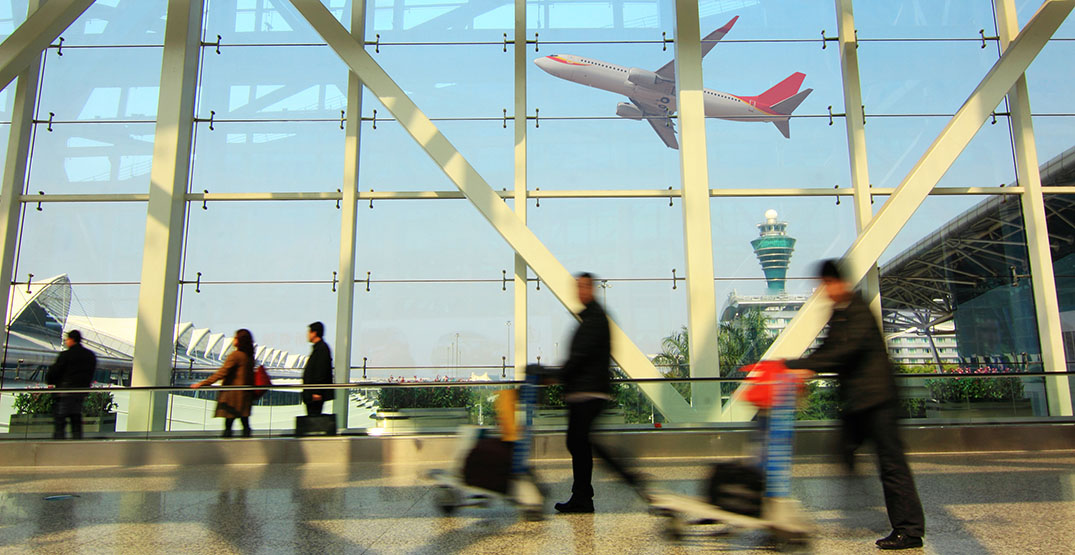 The airport in Guangzhou, China, the city that Canadian Natalia Herran had trouble leaving after the pandemic broke out. ( fuyu liu/Shutterstock)

Flight cancellations and border closures were widespread when the coronavirus pandemic first spread globally, but months later some Canadians say they’re still stuck abroad while others have only recently finished harrowing journeys home.

Immigration delays and trouble securing flights are still obstacles to Canadians who found themselves stranded as the world struggled to adapt to its new normal.

Natalia Herran had been teaching English in the southern Chinese city of Guangzhou for almost two years when the novel coronavirus first emerged further north in the country. She was on vacation in Thailand over Chinese New Year when things started getting serious.

“It came down to a decision — fly back to China for my stuff or go home and forget about everything,” she said. 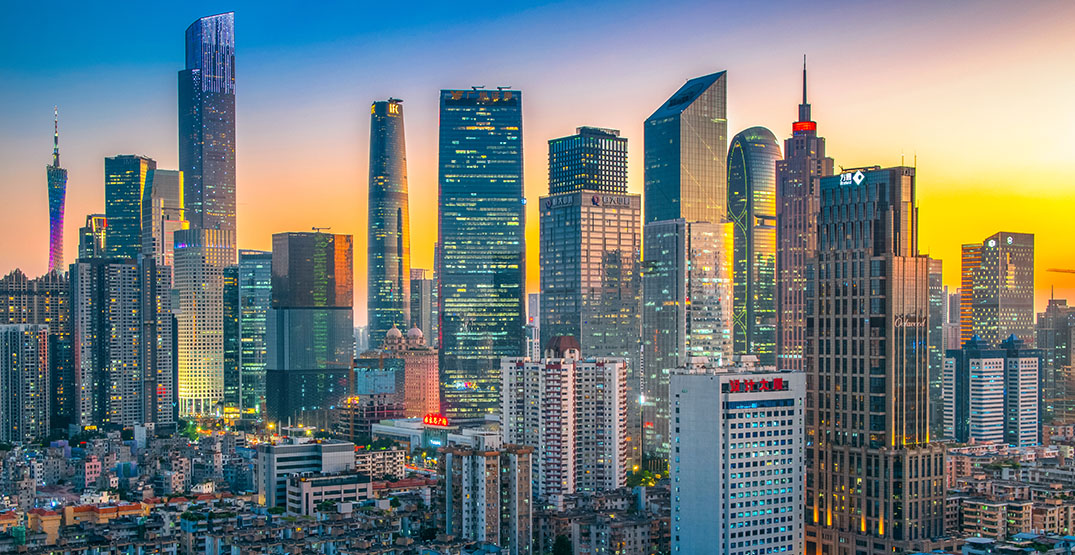 She went back to her apartment in China, and when her work contract ended in February she stayed to receive her exit paperwork. In order to work in China again in the future, she explained, she had to cancel her permits properly.

But in March, the virus came closer to home when Herran’s co-worker caught it. Herran’s roommate was ordered to quarantine in a hotel, and when Herran showed a slightly elevated temperature during a sweltering day in the city authorities told her she’d have to go as well.

“It was a nightmare hotel with mould on the walls,” Herran said. “The food was disgusting … None of the hotel staff could speak English… it was the worst possible situation.”

Luckily, when Herran was re-tested with a mercury thermometer she showed a normal temperature.

Around the same time she noticed the city became more hostile to foreigners because locals believed they were bringing in the virus. Herran couldn’t go to grocery store, she said, and needed to order in delivery.

“It was bad for us, but definitely worse for Black people,” Herran said, referring to signs in front of stores barring Black residents from entering.

At that point, Herran knew it was time to go home. She booked a May 4 flight to Toronto on a Taiwanese airline.

But that flight was cancelled.

While waiting for a refund, she asked her parents to book her an another flight.

The second flight with Air Canada was cancelled as well, and her parents could only get credit instead of a refund.

Her visa expired at the end of April, but Chinese officials allowed her to stay an extra two months because of the pandemic. As the calendar flipped to June, she was worried about not being able to go home before her immigration status expired.

The night before Herran was supposed to leave, she got a notification her flight time had changed — it was now several hours earlier than expected and she had to rush to the airport.

Delays at check-in and immigration made her the last person on the aircraft, but she made it.

“It was the most stressful thing up until the point that I got into the plane,” she said.

She’s now living at her parents’ house in Oakville, and preparing to start a post-graduate college program in the fall.

“One of the fist things we learned when we moved to China is you have zero control over anything,” she said. “[We were struck by] how quickly things were changed.”

She also would have liked to see more compassion from people during the pandemic, and she urged everyone to “remember we’re all living through [the same experience].”

Over in Thailand, Stu Elmes was living in a friend’s house with his wife and their toddler waiting to come back to Vancouver.

Elmes’ wife is British, and they waited months for her permanent residency to come through before trying to get on a plane and relocate to Elmes’ hometown.

The process was supposed to take less than a year, but the closest processing centre in Singapore shut down during the pandemic, adding to the wait time he said.

Elmes’ wife’s job stopped paying her when the pandemic hit, and she was out of work for more than four months. The loss of income meant the couple couldn’t afford their apartment in Chiang Mai any longer, and a friend who went home to the UK let them stay at their house. 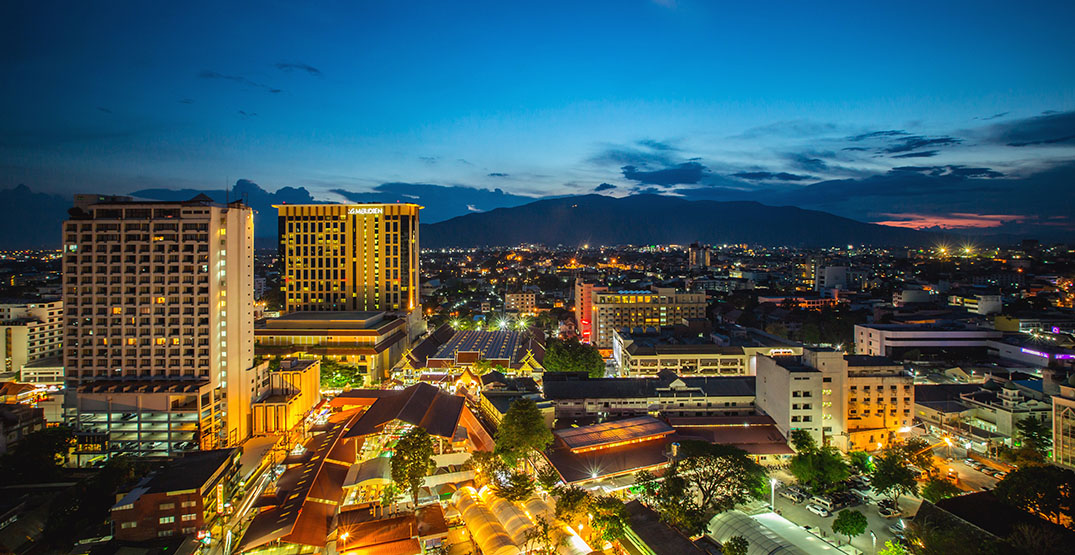 “It’s not easy. We’ve been living here along time,” Elmes said. “We have cats. We have a life. We have lots of stuff to sort out.”

The couple met working at a rehabilitation centre in Thailand back in 2012. They got married in the UK, but returned to Chiang Mai so his wife could get her master’s degree. While there, they welcomed their daughter.

But now they feel it’s time to move back to Canada. Unfortunately, the pandemic coincided with their plans.

Elmes had the same problem as Herran where the flights he bought keep getting cancelled.

“You can buy a ticket anywhere you want. Whether you’re going to be able to go there there is questionable,” he said. “Airlines are accepting bookings knowing they’re not actually going to fly you there.”

Since Thailand has imposed restrictions on travel into the country, Elmes says it’s a waste of money for most airlines to bring an empty plane there to pick up passengers.

He’s tried phoning his airline only to hear he’s supposed to go to the airport and talk to a gate agent — but he hasn’t been able to find anyone working.

“It’s an absolute ghost town,” he said of the Chiang Mai airport.

Elmes has decided to wait for his wife’s permanent residency to come through before spending more time and money trying to secure a flight.

“The [PR] letter just never came. The virus started, everything shut down. We’re hanging on by skin of our teeth waiting for a flight to get us back.”

Seven months into the global pandemic, international air travel is still much more unpredictable than we’re used to. Last minute itinerary changes, airlines that refuse to offer cash refunds, and border closures or coronavirus flare-ups in layover or destination cities can all throw a wrench in a traveller’s journey.

Although more people are booking domestic flights and trips to a small collection of holiday destinations compared to early in the pandemic, it’s still more difficult than usual to travel back to Canada from certain places in the world.

Daily Hive has reached out to Immigration and Citizenship Canada to ask how the pandemic has affected processing times.

Stu Elmes made it back to Vancouver at the end of August. The family decided to stop waiting for his wife’s PR paperwork, hoping an exception will be made when she arrives due to the circumstances.