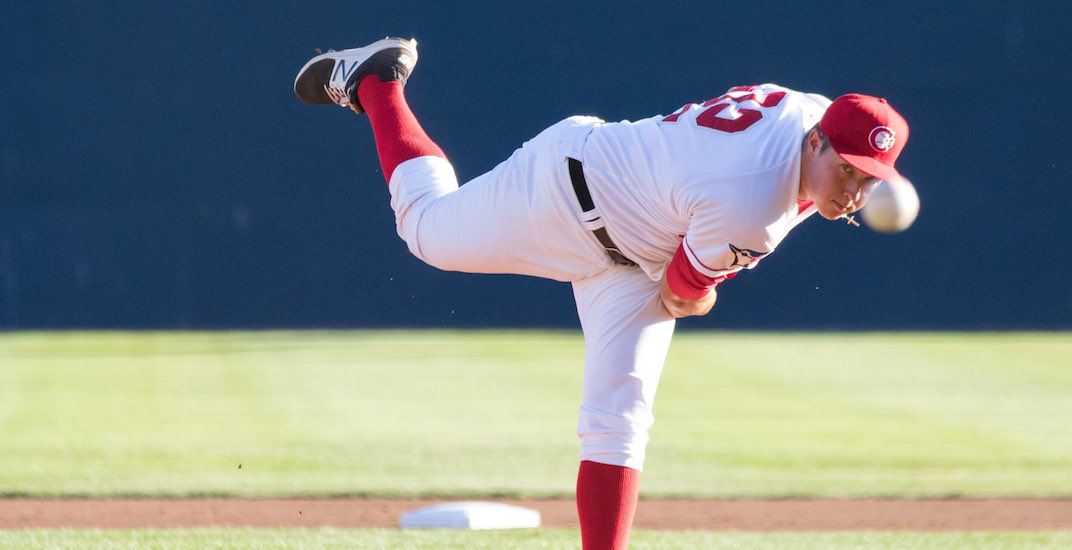 The Canadians are one win away.

After defeating the Eugene Emeralds 2-1 in Game 3 at home on Monday night, the Vancouver Canadians lead the best-of-five Northwest League Championship series 2-1.

Final out of the night! Eugene lines out to Warmoth and the C’s are now one step closer to 💍 pic.twitter.com/edPiajuX42

The Canadians – a Single-A affiliate of the Toronto Blue Jays – won Game 1 of the series 7-5, before dropping Game 2 by a score of 4-2, both on the road in Oregon.

If the C’s win tonight, they’ll be champions.

Game 4 is set for tonight at Nat Bailey Stadium at 7 pm (tickets are still available online). Right-handed pitcher Justin Dillon (2-1, 1.96) will get the start for Vancouver.

The Canadians (43-33) had the best record in the league during the regular season and are 4-1 in the postseason. They’ve won all three playoff games at Nat Bailey Stadium so far, all by an identical 2-1 score.

If Eugene manages to win Game 4, it would set up a winner-take-all Game 5 Wednesday, also at Nat Bailey.

The Canadians last won a championship in 2013, the third of three consecutive Northwest League titles.