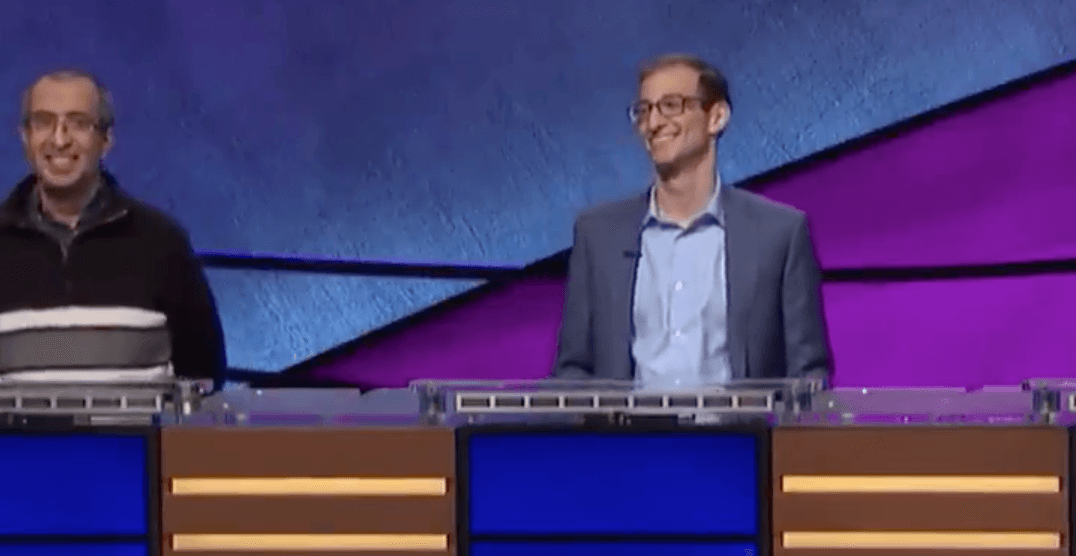 Last week, a Canadian teacher from BC was on a three-day Jeopardy! winning streak.

But Ali Hasan was dethroned on Friday night, by another Canadian.

“What’s with all the Canadians on Jeopardy!? Two of them in one day,” said Trebek, who is from Sudbury, Ontario, himself.

“I don’t know if my heart will be able to stand it.”

Canadians are taking over Jeopardy! Stop pretending like you don’t love it, Alex. #TodayOnJ! pic.twitter.com/Zq5B1J5EDI

Hasan’s total winning came up to $67,801 US, aka so much more in Canadian dollars that even host Trebek couldn’t help but joke about it.

“For as long as I can remember, I’ve had a good memory,” Nussbaum shared on Facebook. “In middle school, I was known for what was then termed ‘useless knowledge.’ In high school, I joined Westmount’s Reach for the Top team. In university and beyond I’ve gone regularly to pub trivia nights. Recently I had the chance to prove that all my knowledge isn’t entirely ‘useless.'”

In February, Nussbaum said he travelled to California for tapings of the show.

And the Ontarian is back on the small screen on Monday night, hoping to add to his one-day winnings of $15,800 US.