As food prices continue to rise, many Canadians are being forced into buying unhealthy options in order to save a few bucks, according to a survey from the Angus Reid Institute.

Beyond that, more than 70% have switched to cheaper brands to offset rising food prices, and 61% have cut back on meat. 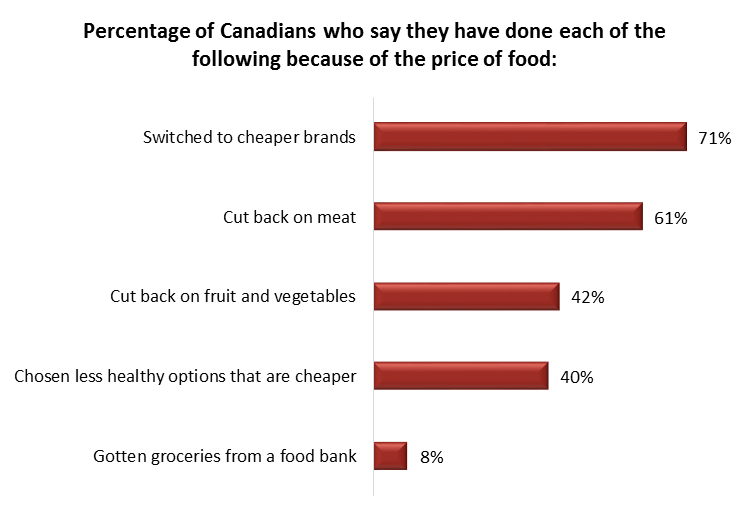 Rising food prices are largely attributable to the low Canadian dollar and fruit and vegetable prices have risen especially high, with B.C. alone seeing a year-over-year increase of more than 26%, according to Statistics Canada. In fact, more than 80% of fruits, vegetables, and nuts sold in Canada have been affected by Canada’s weak dollar.

As a result, the cost of dining out is prohibitive to some Canadians whose wallets are feeling the burden of high grocery bills. More than 70% have cut back on eating out, while 67% spend less on entertainment. 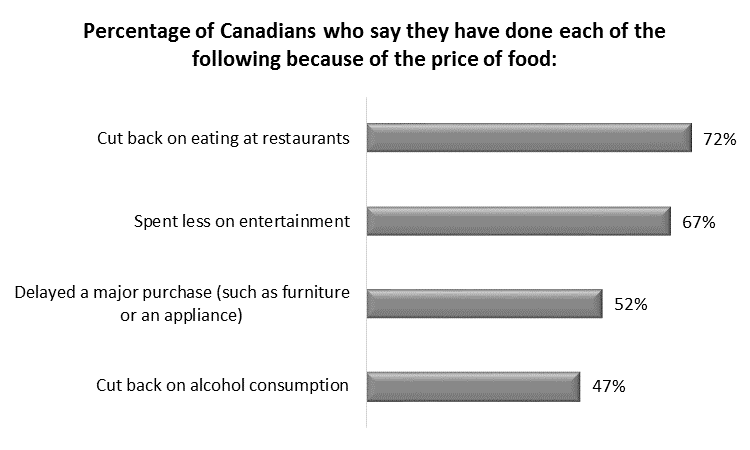 Unsurprisingly, many Canadians feel the government is giving enough attention to the issue, especially if they’re having trouble feeding their families. Nearly 80% of Canadians in difficult-to-feed households say the issues deserves more attention from higher ups. 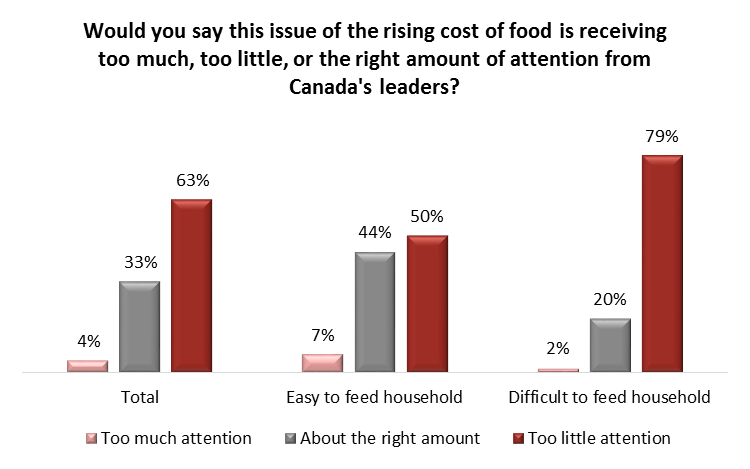