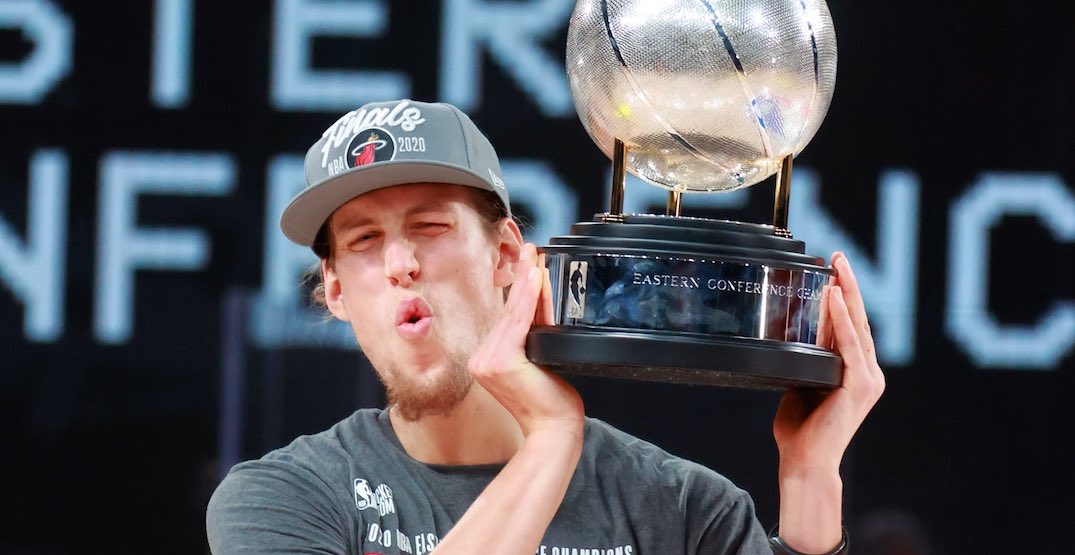 The NBA Finals matchup is now set, with LeBron James and the Los Angeles Lakers taking on LeBron’s old team, the Miami Heat. The Finals tips off on Wednesday, and will include a pair of Canadians.

Heat teammates Kelly Olynyk and Kyle Alexander are both looking to lift the Larry O’Brien Trophy for the first time. It’s the first time ever that the NBA Finals has featured two Canadians on the same team.

A 29-year-old Kamloops product, Olynyk went to the Eastern Conference Finals in 2017 with Boston, but this is his first trip to the NBA Finals. He has been a role player with the Heat during the playoffs, averaging 6.0 points and 4.1 rebounds in 12.1 minutes per game.

Milton, Ontario’s Kyle Alexander has not played in the playoffs yet and is unlikely to make an appearance as a depth player on the Heat’s roster. He’s in his first NBA season following four years at the University of Tennessee.

A Canadian player has reached the NBA Finals for 10 years in a row 🇨🇦👏 pic.twitter.com/mg9eMLcfCb

A total of six Canadian players have seen playing time during the NBA playoffs this year, most notably from Denver Nuggets star Jamal Murray. The Kitchener product leads the NBA playoffs in total points (504), averaging 26.5 points, 4.8 rebounds, and 6.6 assists per game en route to the Western Conference Finals.