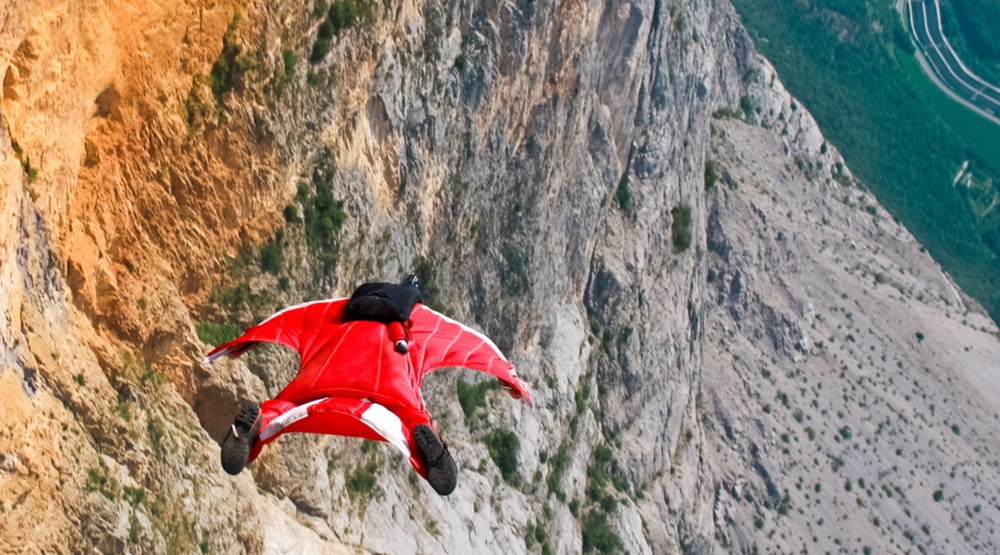 Thoughts and tributes are pouring in on social media, after Canadian wingsuit flyer Graham Dickinson was found dead in China last week.

According to the World Wingsuit League (WWL), Dickinson was travelling solo in China, scouting out potential new BASE-jumping locations, when he failed to return from a jump site and was reported missing by his friends.

The 28-year-old Dickinson “represented the most cutting edge in proximity wingsuit flying and his name became synonymous for dangerous and challenging wingsuit lines,” the WWL said on Facebook.

“Graham was well known, not only as one of the world’s most popular, talented and active BASE-jumpers, but also, as a serious risk taker who was willing to put everything in the line to pursuit his dreams.”

While not necessarily a household name in Canada, Dickinson was well-known in the BASE jump and Wingsuit community.

He did gain some notoriety  in 2014, when he allegedly – and illegally – BASE-jumped from Whistler’s Peak-2-Peak gondola, filmed the event, and posted it to YouTube.

“A Canadian wingsuit pilot and one of three in the world that I follow on progress, locations, videos, suits and pictures from his heart,” said one person on WWL’s Facebook page.

“RiP Graham – A true legend! Thanks for sharing the awesome flights,” another wrote.

Wingsuit flying is the sport of flying through the air with a special suit featuring inflated “wings” between the arms and legs.

“In this day and age we have the tools and technology to be able to fly and some people have no desire, I personally cannot fathom this concept,” Dickinson said in his bio on the WWL’s webpage. “I live to fly and to explore the heavens every possible day I can.”

BASE-jumping is similar to Wingsuiting, but usually revolves more around parachuting from a fixed structure or cliff. “BASE” is an acronym that stands for four categories of fixed objects from which one can jump: building, antenna, span, and Earth.

Dickinson’s death is ” a huge loss to WWL and the entire sport of wingsuit flying,” the WWL said. “Graham will be missed – and loved – by many. We want to express our deepest condolences to Graham’s family, loved ones and friends during these difficult times.”