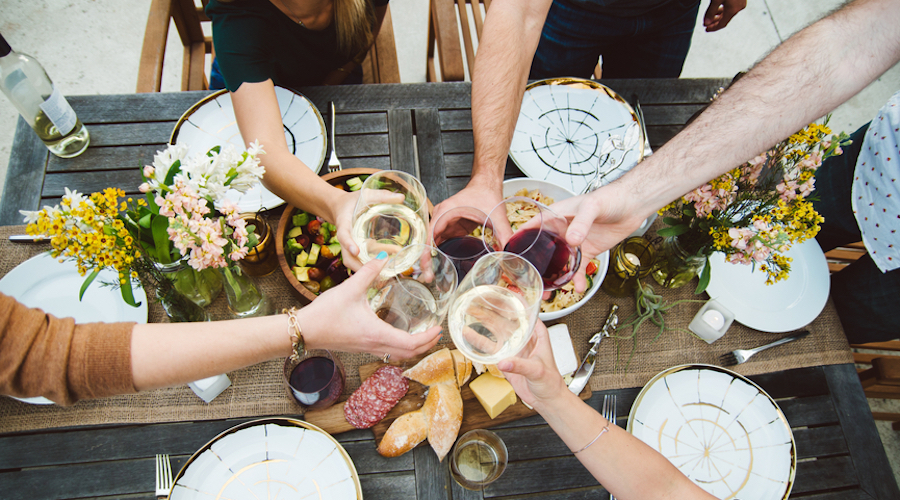 Canada is a dorky nation. Take our current ‘cool’ Prime Minister. He is not effortlessly cool like Obama (the secret smoker with a deadpan sense of humour) but earnestly so. He’s a hip dad with #posivibes and comfy sneakers. He cares. We care. Caring is rarely cool, yet it’s what the world wants right now.

Canadian wine finds itself in a similar place. It’s accidentally hip. The wine world wants what nature provides us: cool climate wines with freshness and balance. They stand in humble contrast to the bombastic big wines of South Australia and Central California.

From coast to coast, Canadian wines are coming of age, albeit earnestly. Our best wines embrace their natural coolness rather than struggle against it. 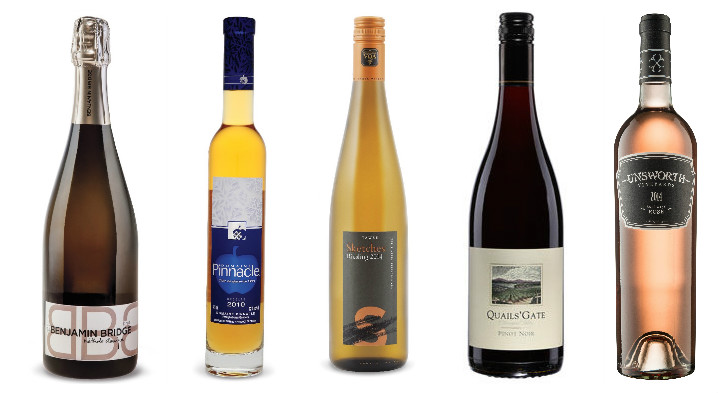 From east to west, here are four all-Canadian wines (and one cider) ideal for celebrating Canada Day. Chimo!

Too often Canada Day is celebrated with cans of cheap, corporate swill. Keep Canada classy this year and toast our nation with a true patriot love for sparkling wine. Benjamin Bridge, from Nova Scotia’s Bay of Fundy, ranks among the country’s best. Traditionally made with distinctly Canadian grapes –L’Acadie and Seyval, with Chardonnay and Pinot Noir–this brisk bubbly sings with notes of citrus, stone fruit, and a salty Atlantic sea breeze.

Ice wine is for tourists. Let them have it. I’ll take uniquely French Canadian ice cider instead. From an orchard nearly as old as confederation in Quebec’s Eastern Townships, Domaine Pinnacle produces an exquisite dessert cider that tastes like apples baked with cinnamon and honey. Best before dinner with old cheese and fresh fruit or after with a Nanaimo bar and vanilla ice cream.

Canada is vast. Our main wine regions lie nearly 4,000 kilometres apart – over the Rockies, across the prairies, around the Great Lakes. If there’s one thing that unites them, it’s Riesling. Something about our distinctly cool climates brings out the best of Riesling’s exhilarating balance between acidity and fruit. In Ontario’s Niagara Peninsula,Tawse Winery makes exemplary, complex Rieslings that can stand for all of Canada.

For decades, boring white dads of a certain age and economic class moaned about the state of Canadian red wine. “Too light!” they cried. “Not full-bodied enough! Harrumph!” Today, we proudly wave the flag for lean reds that speak to our terroir rather than mimic someone else’s. The venerable Quails’ Gate in BC’s Okanagan Valley shows that depth can come in lighter shades of red with their refreshing-yet- intense Pinot Noir grown in the volcanic soils of West Kelowna.

If Canadian wine exists in the margins of the wine world, then Vancouver Island is the margin’s margin. It sits right on the edge — feet dangling off the rocks and out over the ocean — of viable wine production. Unsworth Vineyards in BC’s Cowichan Valley makes lemonade from the lemons of an extreme wine climate. Rather than force a full red Pinot Noir in vintages that don’t deserve it, they do the sensible thing: make delicious, delicious rosé. Theirs tastes like just-ripe red berries, fresh herbs, and a whisper of Pacific sea breeze.

A note: Like so much Canadian wine, this one’s not widely available throughout the country.It’s worth seeking out though, if even just to stick it to silly inter-provincial wine sales laws.

David Stansfield began his wine career twenty years ago as a teenage cellar hand. He currently works as the Wine Director for the Vancouver Urban Winery, Sommelier for the Tap & Barrel brands, and co-host of the popular Sunday School wine school. He also drinks beer. You can find him on Twitter at @dcstansfield.