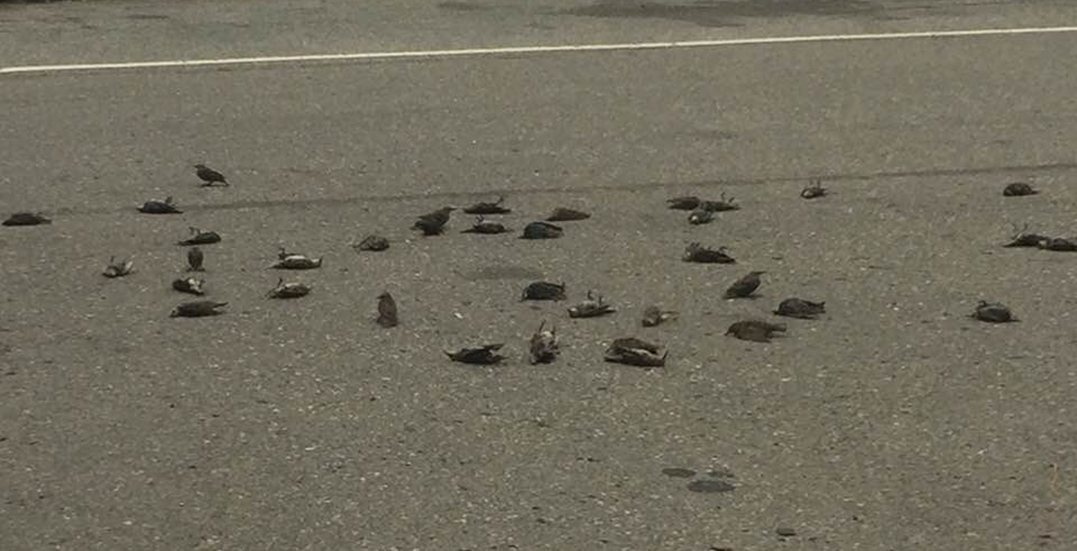 Earlier this month, witnesses were mystified after seeing a flock of birds mysteriously hit the ground and die on impact.

The incident took place on Friday, September 14 in Tsawwassen, BC, specifically near the ferry terminals.

Shortly after, the Environment and Climate Change Canada’s Canadian Wildlife Service (CWS) opened up an investigation into what they dubbed a “mortality incident.”

42 birds, later identified as starlings, had died and were collected for a post-mortem examination.

After the necropsy was completed, it was deemed that the juvenile starlings died of acute trauma – specifically, a compressive chest injury.

A member of the public also contacted the CWS and described the event as watching a “huge grey cloud of birds.” Approximately 200 European Starlings were being chased by a much larger predator.

The birds had swooped toward the ground, however, the end of the flock didn’t pull up in time. 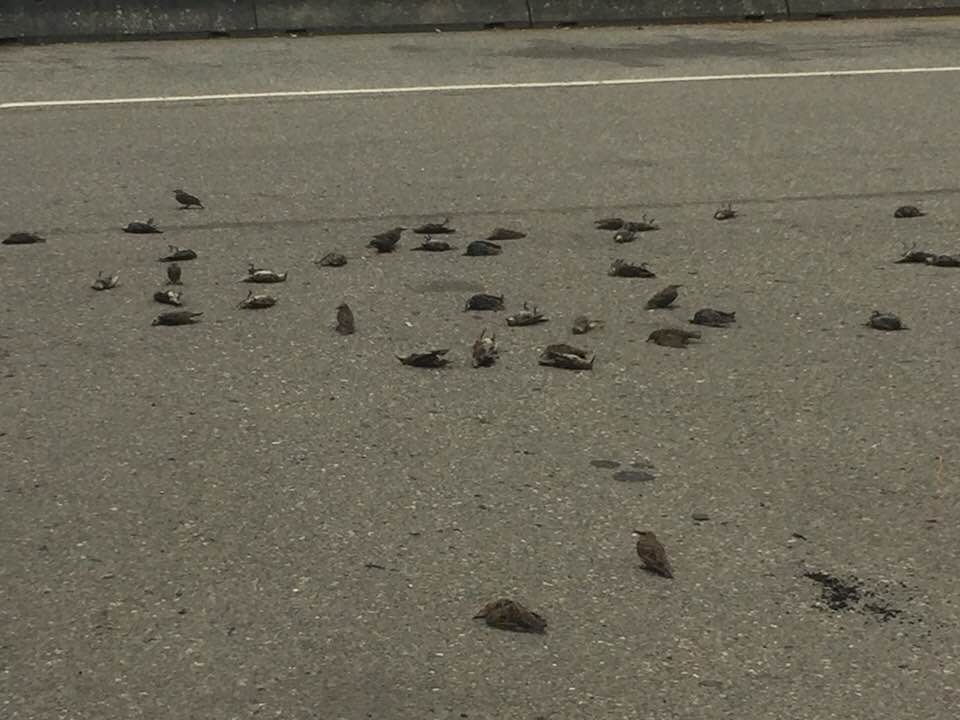 Marilyne Lavoie of the CWS, explains that European Starlings can form very large flocks and can execute swooping and whirling patterns to avoid predators – explaining the seemingly mysterious manoeuvres witnesses had seen earlier.

No evidence of underlying infectious disease or intoxication was found.