The CVAs ended up being a battle between three of the largest videogame franchise trilogies of this fleeting console generation. The show was recorded last week in conjunction with Fan Expo 2013 and it will be aired tonight at 9PM on CityTV.  Here’s my wrap up of the weekend where I went behind the scenes and even met with Eric Monacelli from Naughty Dog to talk about The Last of Us.

As we wait to hear more from Microsoft and Playstation this May regarding the new generation of gaming consoles, the 2013 CVAs was a tribute to Canada’s Game Development community. So many developers have moved their lives back and forth across the country, taking their expertise to follow wherever the work went. Because of this, studios like Bioware (Montreal) and Ubisoft (Montreal) were able to come out big winners with iconic titles like Far Cry 3, Mass Effect 3 and Assassins Creed 3.

Check out a video of the 2013 Canadian Videogame Awards Red Carpet experience:  http://bit.ly/11JUq5e

The quality of the production of the event (and my seat) improved dramatically from last year. Details from the visual look of the event to the execution were tighter and felt more open. Unlike last year, there weren’t as many fans in fullblown cosplay in attendance. The TV celebrities and game developers from across Canada rubbed elbows from the red carpet to the bar where I met TV actors and hosts of the evening. And, the loudest ovation from the crowd was for winner of the Best Canadian Made Indie Game of the Year was Vancouver’s own Klei Entertainment for “Mark of the Ninja” 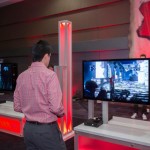 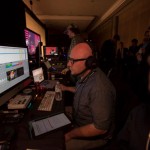 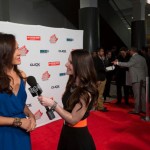 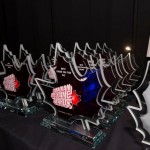 The main host of the the CVAs, Elias Toufexis, gave us a peek into the lifestyle of videogame superhero voice actors and their inner circle. The show airs tonight at 9PM PST on City TV and again on G4 Canada this Sunday through out the evening. 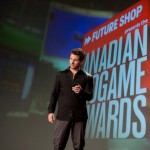 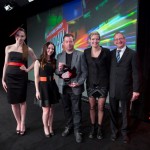 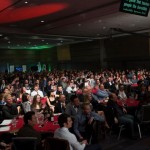 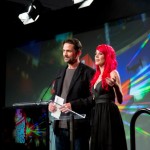 I couldn’t fully summarize the weekend without mentioning Fan Expo earlier in the day, where I met Eric Monacelli from Naughty Dog Entertainment (creators of Uncharted 3: Drakes Deception) at the Playstation Booth.  Eric has travelled for the last year promoting a game that I’m really excited about, The Last of Us — a survival action game exclusive to PS3 & PS4. After playing for ten minutes I thought that the realistic art style and tense environmental audio were great. 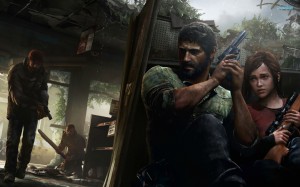 The story is about a smuggler who is carrying a little girl as cargo through a post-pandemic world where nature has taken over through a terrifying fungal infection that zombifies its victims. The game’s audio reminds me of the super atmospheric  Dead Space 2, one where you should try playing with headphones on to get the full experience. A highlight is the quality of character acting, portrayed through a solid story, character animation and voice acting. I think this game could have been a contender for Canadian Videogame of the year for 2014, but it was developed in Santa Monica.

Congratulations to all of the nominees and winners! We hope to see you in Vancouver again next year, but I’ve heard rumors that it might be held somewhere else…