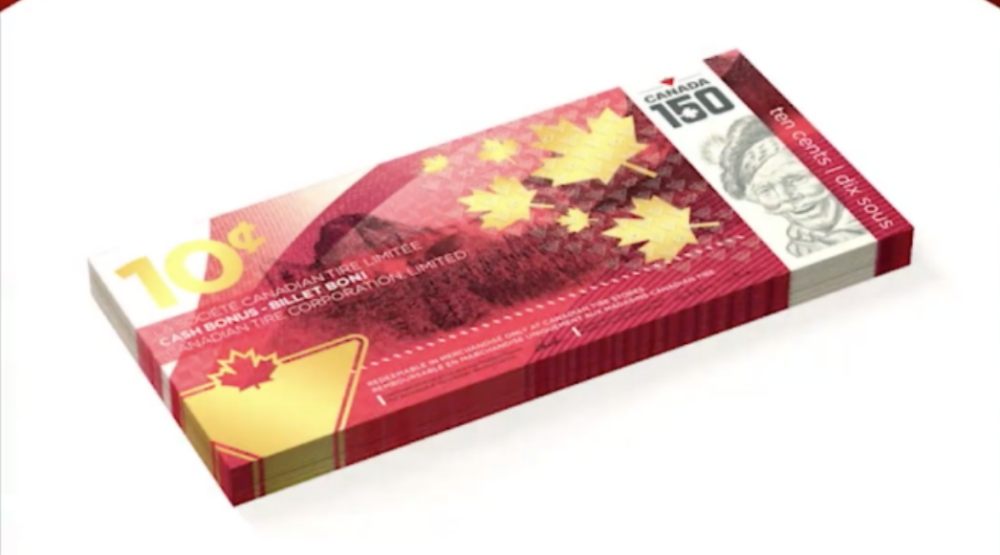 Because everyone knows that Canadian Tire ‘Money’ is “collectible” and not actually a valuable currency, the Canada-wide chain has just launched a limited-edition 10-cent bill to celebrate Canada 150.

We’re not sure if it merits a mention as one of the most gimmicky Canada 150 things we’ve seen (like this gem right here), but two million of these coupon-y 10-cent notes have been printed and will be in circulation at Canadian Tire stores for three days only (or while supplies last) starting Friday June 30. 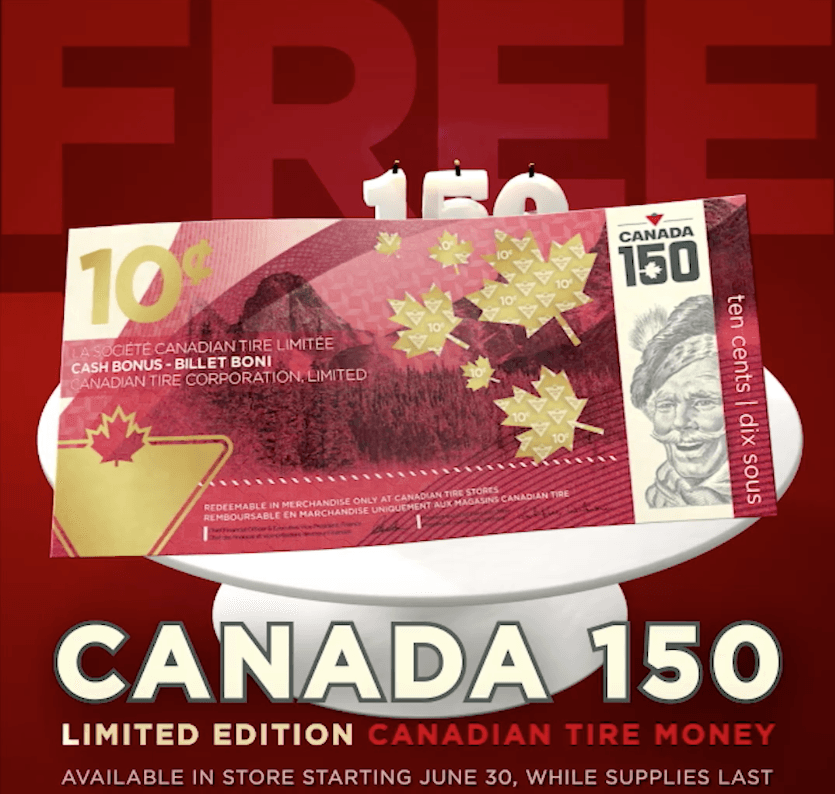 Per the press release announcing its launch,

Canadian Tire ‘Money’ has featured the same classic design since 1992, but Canada’s 150th called for a special edition of the beloved bill. Printed by the Canadian Bank Note Company, each 10-cent bill includes some of the same security features as real currency. With unique gold foil elements and a visible watermark, the bill commemorates Canada’s 150th birthday in style.

Who knows, maybe it will appreciate in value by the time our 200th rolls around…