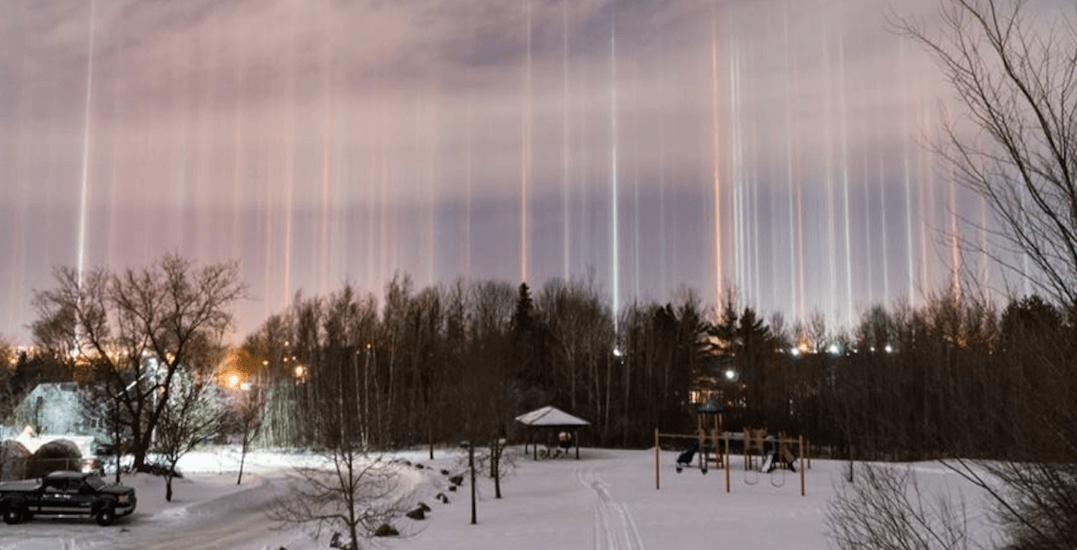 While most of our social media feeds are currently flooded with typical Canadian winter photos, like frozen lakes and snowfalls, one Canadian recently shared some photos of an incredibly rare natural phenomenon.

On December 30, Sophie Melanson, an amateur photographer from Moncton, NB looked outside around 11 pm before heading to bed and noticed these glowing, multicoloured light pillars.

And thankfully, she was quick to grab her camera and snap a few photos of the magical display. 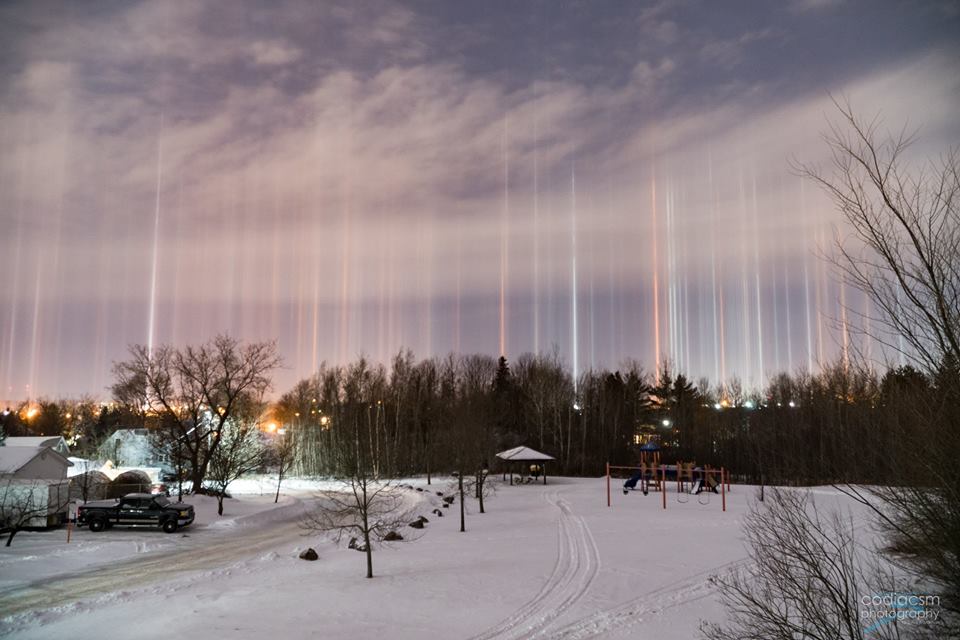 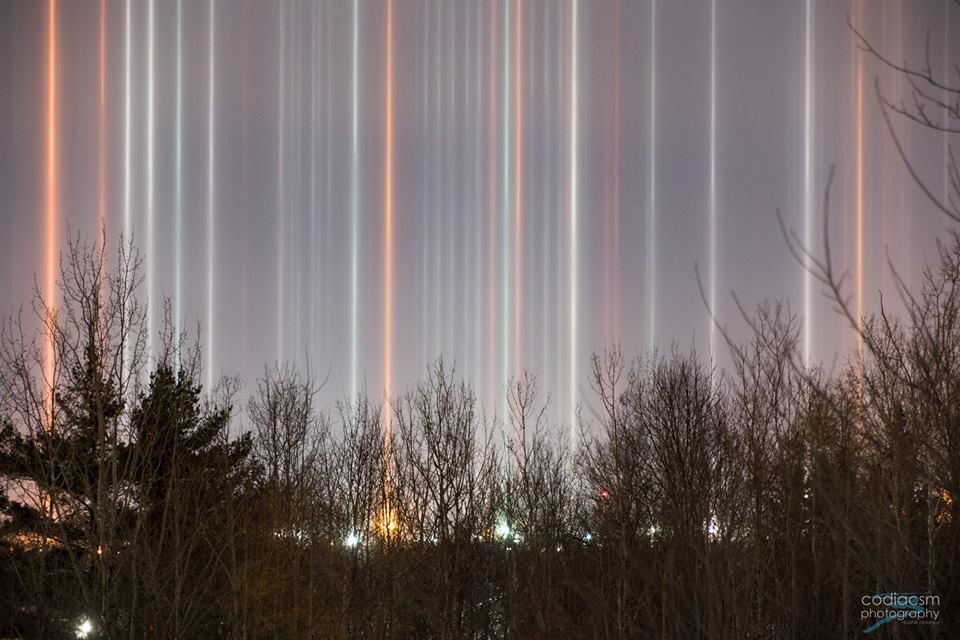 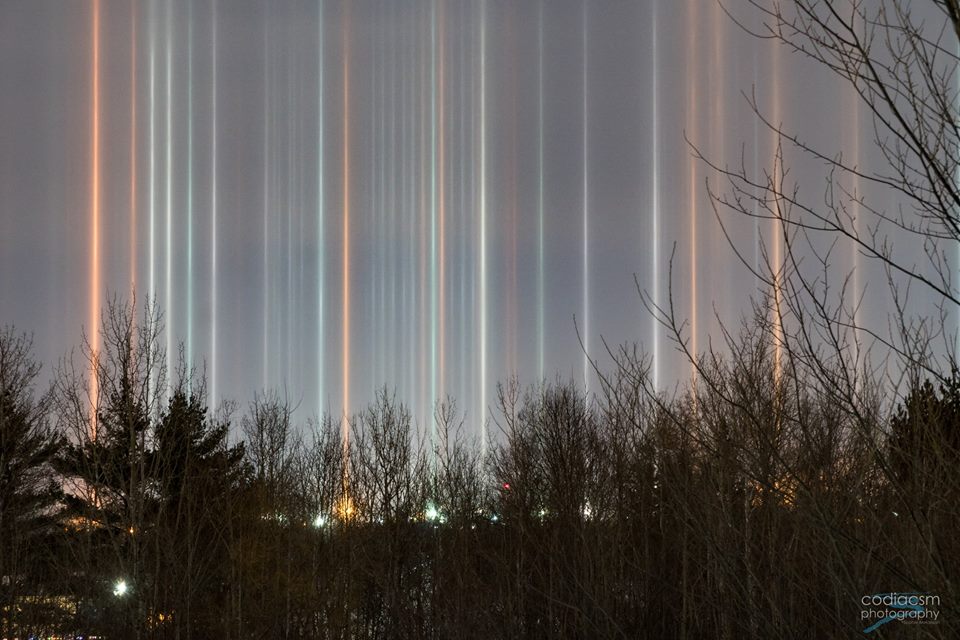 In a Facebook post, Melanson said that when she went to bed around 1 am the light pillars were still lingering, but slowly growing fainter.

Finally, when Melanson woke up around 6 am, the light pillars were beginning to fade away. 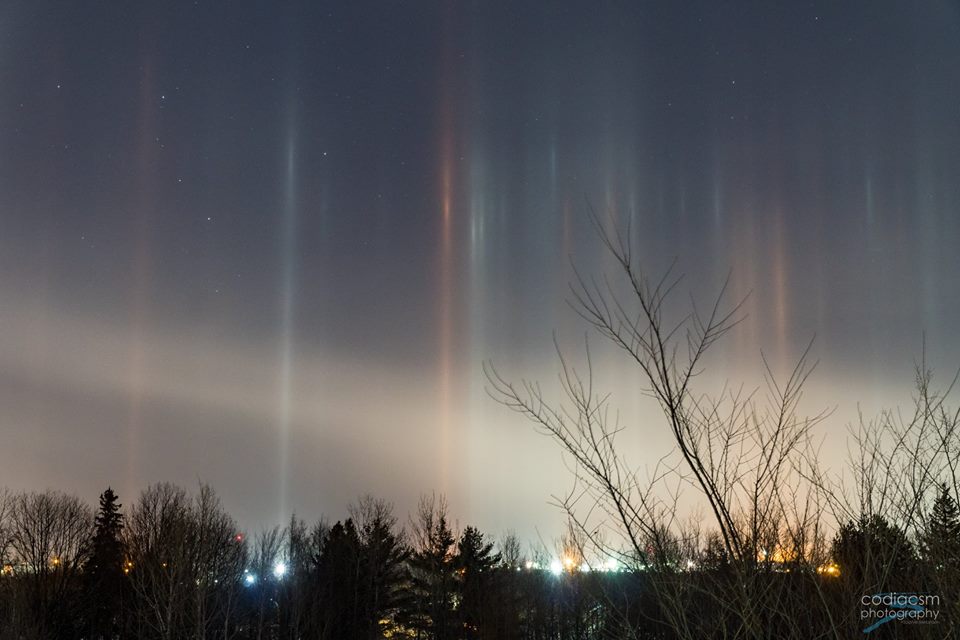 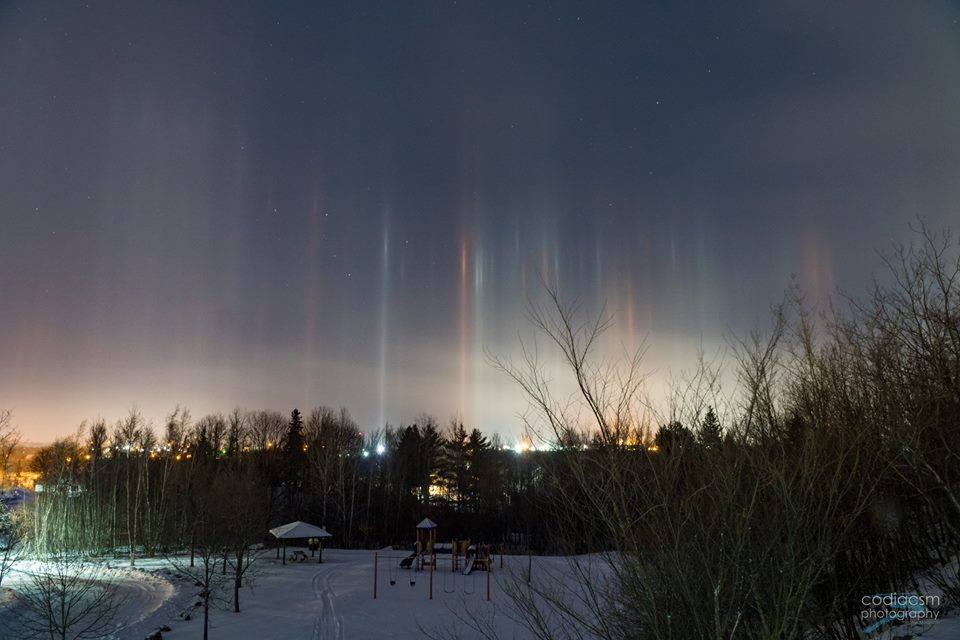 According to Melanson, “last nights’ atmospheric optical phenomenon occurred from artificial light reflecting off ice crystals in the air. One definition: “The effect is created by the reflection of light from numerous tiny ice crystals suspended in the atmosphere or clouds.”

While many people have experiencing the Northern Lights at the top of their bucket lists, seeing the incredible light pillars in person is definitely a close second.