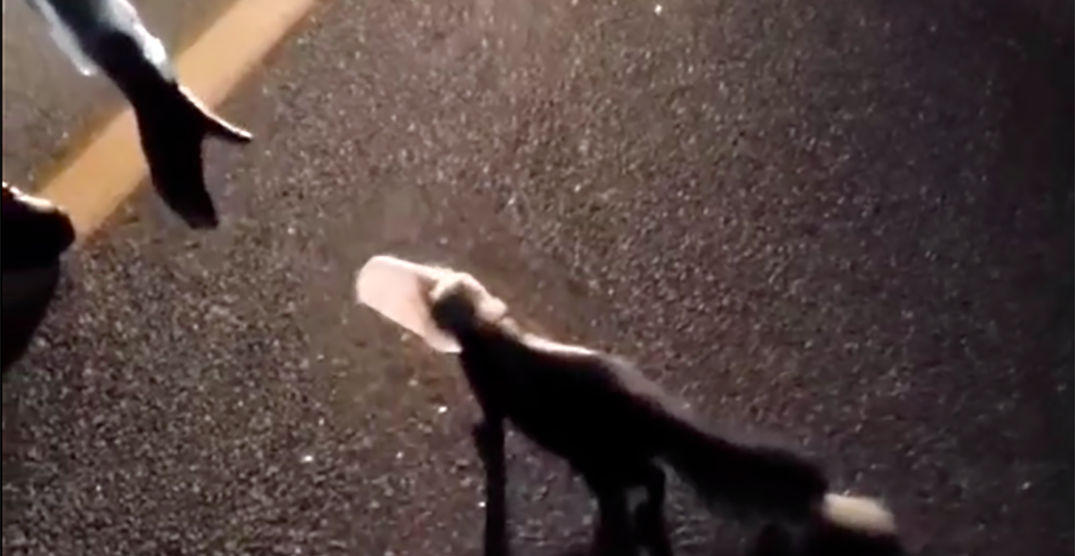 An Ontario paramedic threw caution, and her sense of smell, to the wind as she helped save a small skunk that had its head lodged in a plastic Tim Hortons cup.

After a call, Mary Schermel was heading back to base on McKay Road in Stroud at 3:30 am, when she saw what she thought was an injured animal by the side of the road.

“So we turned around and saw the poor little guy with his head stuck in the Tim Hortons cup,” Schermel told Daily Hive.

A video taken by her coworker shows most of the ordeal as well as a few of the attempts to free the animal while trying to not get sprayed.

“Dude, we have to get your head out of it,” she says in the video, as one attempt to grab the cup sent the animal skittering away.

Nature’s worst-smelling varmint wasn’t going to walk away from the help, and it can be seen returning to the medics for a hand.

“I think he knew we were there to help because he came right up to us,” Schermel pointed out, adding that the pair did don their personal protective equipment just to be safe.

In total it took three tries to free the creature, and while this is Schermel’s first time coming across an animal in need on the job, she says it’s not uncommon for other medics to report finding “skunks with their head in things.”

Happily, she reports most don’t get sprayed.