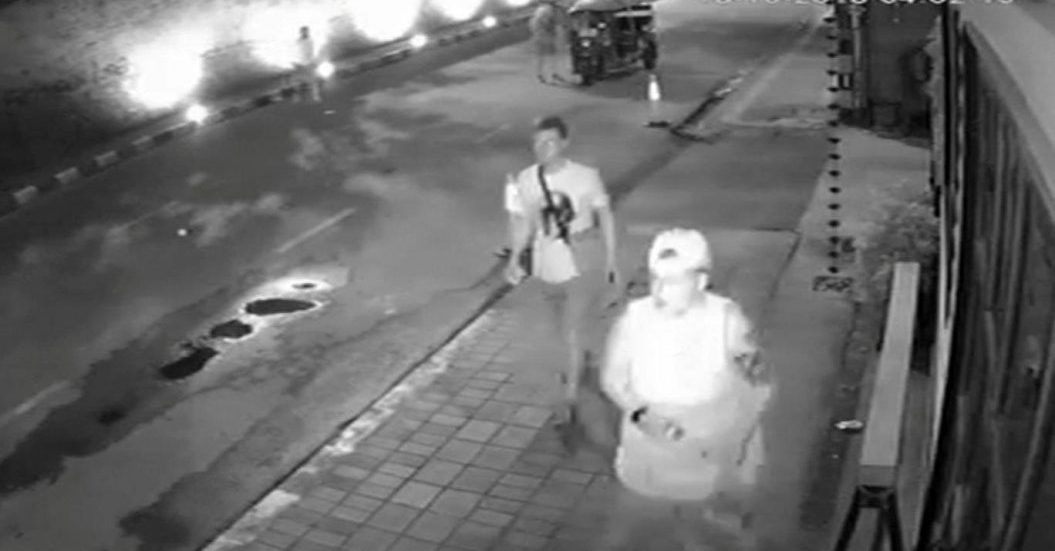 The mother of a young Canadian tourist facing 10 years in prison for allegedly drunkenly defacing a 13th-century sacred wall in Thailand says her daughter is “ashamed” and is “very sorry for what she has done.”

Alberta resident Brittney Schneider, and British tourist Lee Furlong, both 23, admitted to scrawling graffiti on the Tha Phae Gate in the northern tourist town of Chiang Mai, according to a report by the Evening Standard.

The large message appears to read “Scousse Lee,” with the letter “B” scrawled underneath.

One of the most famous landmarks in the city, the gate once acted as a fortress for the old city.

Police say the pair, who are charged with public mischief and damaging city property, were drunk and admitted to the crime.

The incident was captured on CCTV by a nearby coffee shop and the duo was arrested shortly after at a hostel, says the report.

In a GoFundMe campaign launched Friday, Tara Schneider said her daughter is “serious trouble” and asked people to be compassionate.

“Being in a prison in a foreign country is horrid… I literally wanna puke when I think about it,” she wrote. “She will face the consequences of her actions… this is so out of character for her.”

If found guilty, the tourists could each face 10 years behind bars and a 1 million baht fine, which equals around $40,000.

A commenter on the online fundraiser page for Schneider urged people not to contribute, saying she deserves the criminal charge: “You don’t go to another country and deface it.”

Surveillance video of the incident was posted on the Facebook page of the Chiang Mai News.